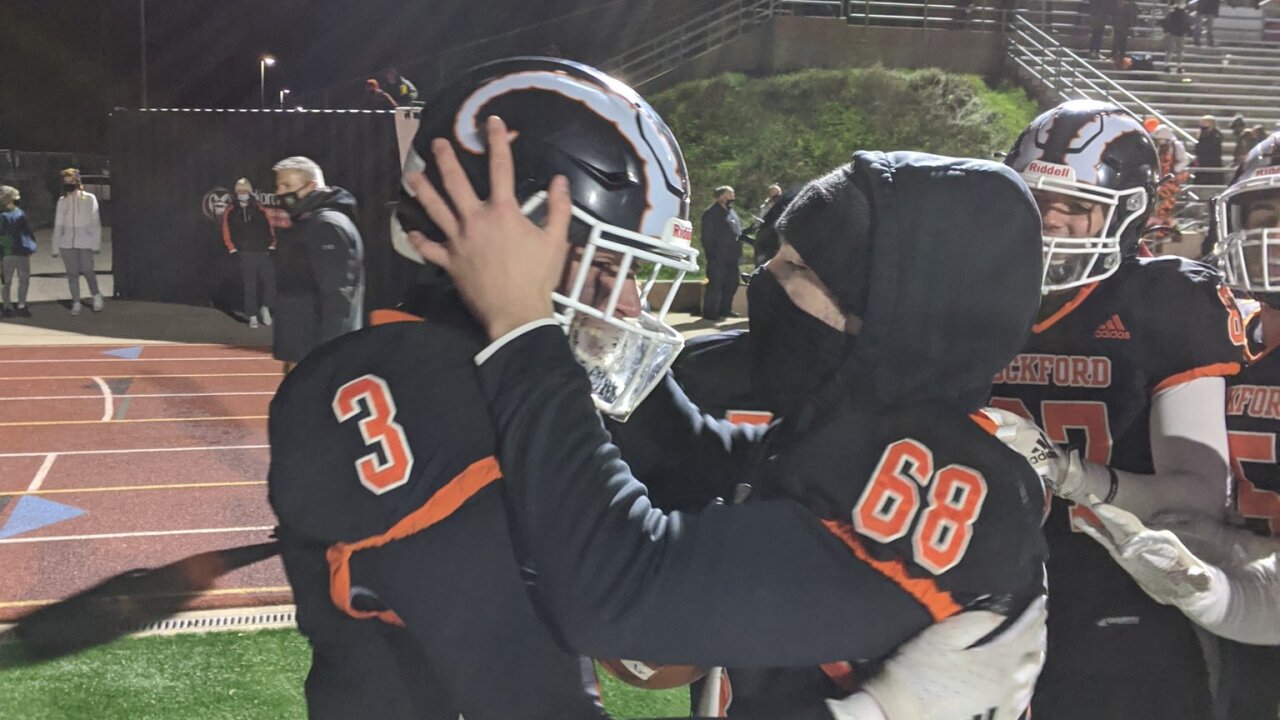 After a 28-8 Rockford victory in week six, Grandville proved to put up a much better fight in round two in Friday night's district championship at Carlson-Munger stadium.

The Bulldogs trailed, 14-7 with just over a minute remaining and faced a fourth-down and fifteen when junior Ian Sanders found Marcel Love for a 28-yard score to tie the game at 14 and force overtime.

Bulldogs junior Sanders hits Marcel Love for a 28-yard touchdown on 4th-and-15 to tie the game!

Sanders would get overtime started with a seven-yard touchdown run before Rockford junior quarterback Zak Ahern caught a reverse pass to send it to a second overtime at 21-21.

In the second overtime, Zak Ahern would find Caden Currie to give the Rams a 28-21 before Marcel Love answered with a game-tying touchdown run to extend the game.

Then, it was the Rockford defense standing tall at the goal-line making a fourth down stop before Zak Ahern went up top for Caden Currie once again to give the Rams a 34-28 victory and a district championship.

The man that won it for the Rams — Caden Currie celebrates as they move on to the Regional Final! pic.twitter.com/bbA761qlvV

The unbeaten Rams advance to face Saline in next week's Regional Final.