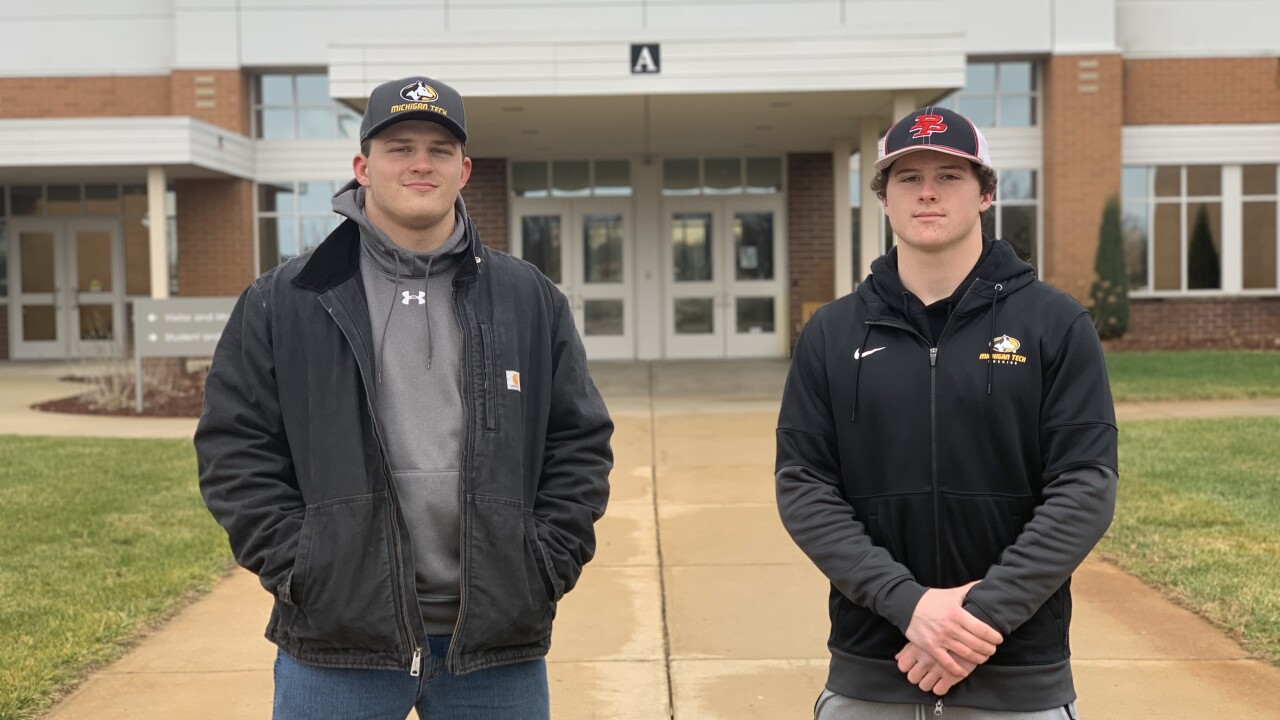 PAW PAW, Mich. — For the past seventeen years, twin brothers Kolby and Connor Hindenach have been in constant competition with one another.

Twins from Paw Paw both commit to Michigan Tech football

"Growing up it was always who could run faster and who could pin the other in a wrestling match," Kolby added.

And that competition has been a big reason why the two brothers have been so successful.

"It's definitely a competition, it has been a 17-year long game between the two of us," Connor laughed.

Each of the twins have won parts of that competition on the football field.

Kolby Hindenach is the school record holder in rushing yards per game (343) and career rushing yards (2,905) while Connor recorded 155 tackles over the past two seasons and holds the record in career tackles for loss/sacks (32).

However, it's the memories they'll cherish the most from their high school careers.

"It's something that most people can't talk about, you can't say, 'Oh, I've played with my brother for the past 17 years of my life,'" Connor said.

"It's cool to have someone to play all of these sports with," Kolby added, "to grow up with and always compete against."

As college football programs began to recruit them, Kolby and Connor were hearing from a lot of the same schools.

"When they started coming together in the offers and stuff, in the back of my mind I started thinking, 'boy, this might work out really well,'" said Mark Hindenach, father of the twins.

The two committed to Michigan Tech to continue their academic and football careers just one day apart.

After they took a tour to Michigan Tech, they both knew it would be a place they'd like to end up and Connor pulled the trigger on committing.

"After he committed they called and I got my offer," Kolby said about Connor's commitment, "I took some time to think about it, looked over the decisions and knew it was right for me."

Each of the twins are in the school record books, both are now committed to Michigan Tech and on top of that, they both plan on studying engineering in college.

While they may be on the same college campus in the fall, they both agree they're going to try to branch out and maybe give each other some space after all the years together.

"We both agreed we're not rooming together," said Connor.

And Kolby is in agreement.

"We've been together for forever so it's whatever, we have to get out there."

The Hindenach family couldn't be happier to see the twins stay together and only have one game to go to each week in the future.

"To see them play together again on the same football field, I didn't think that would happen again," added their father, Mark, "so yeah, I'm ecstatic about it."