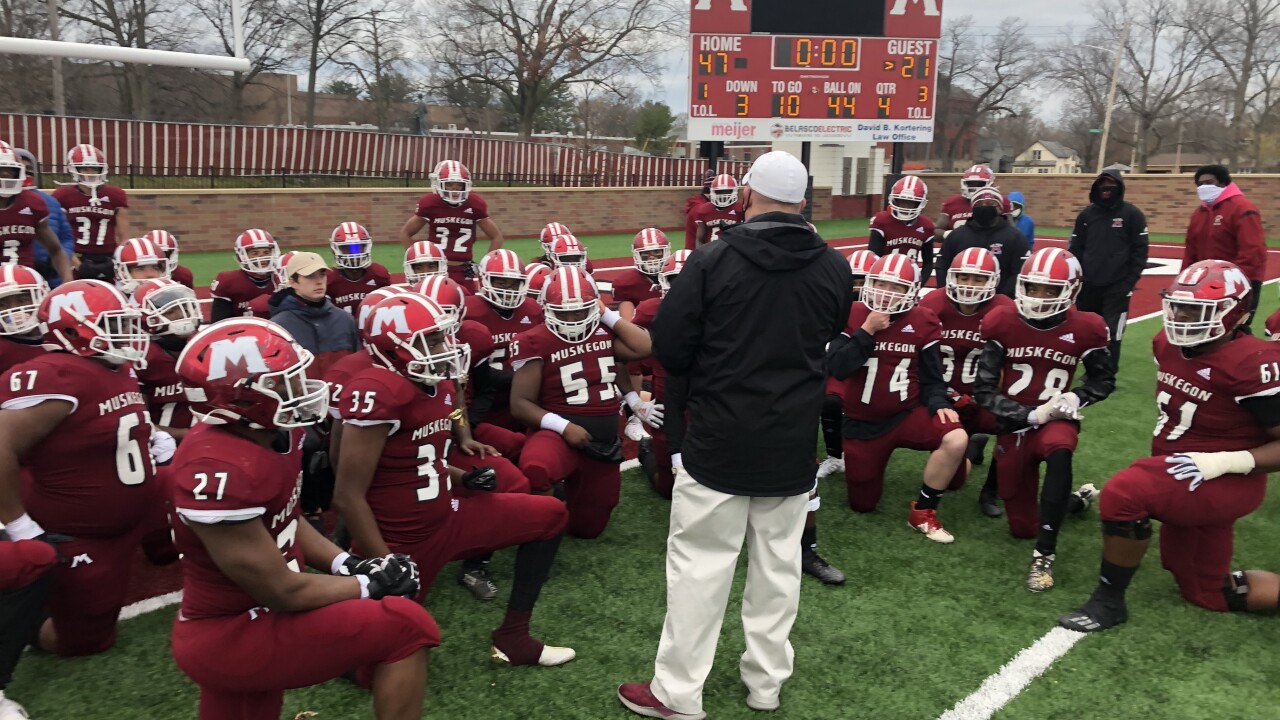 The Muskegon football program knocked off Marquette, 47-21 on Saturday afternoon in a Division 3 district final to advance to next week's regionals against East Grand Rapids.

The Big Reds got on the board on a 70-yard interception return for a touchdown by Tyreese Oakes late in the first quarter.

Later, it was Myles Walton adding two scores, one on the ground and the other on a long punt return for a touchdown.

Myles Walton with his second touchdown of the opening half, this time on a punt return! pic.twitter.com/kiWxsMZfH7

Just before the half, Amari Crowley added two scores, one on a passing touchdown to Jeremiah Dault and another on an eight-yard run on the final play of the half.

The Big Reds were able to lock down defensively in the second half en route to a ninth consecutive district championship.

The Big Reds are district champs for a ninth consecutive season & will host East Grand Rapids next week in regionals! pic.twitter.com/WQj4Fizaxl

"We don't like to hang our hats on one great team over another," said Muskegon head coach, Shane Fairfield, "we want to be able to be in the elite and have people talk about us and for us to be in those conversations, you have to win these games."