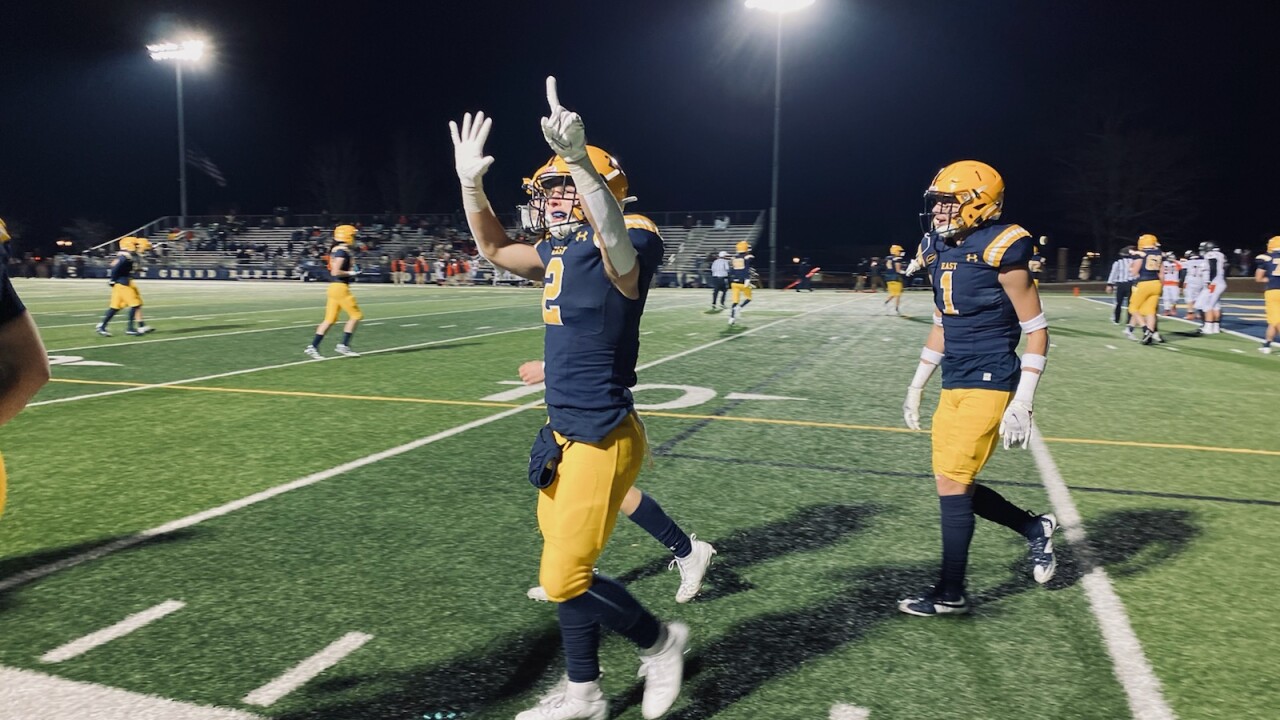 MHSAA developing a plan to resume play after three week restrictions are lifted.

(WXMI) — After Sunday night's announcement regarding more restrictions across the state of Michigan due to the surge of COVID-19 cases, high school sports have been shut down once again.

Girls swim & dive as well as volleyball were just days away from their state finals while football was less just three weeks away from crowning champions.

Now, MHSAA Executive Director Mark Uyl and his staff are back to working around the clock to ensure they're prepared for play to resume in a few weeks.

"Our plan in all of our fall tournaments is those are suspended, they are not canceled," he stated clearly in a press conference on Monday.

Uyl says he will be meeting with the MHSAA representative council on Wednesday to begin a plan regarding the completion of those tournaments as well as the start of winter sports.

"The plan would be to restart practices as soon as government orders would allow," Uyl stated, "the thing that I will discuss with our board is when competition should begin."

However, Uyl states that teams shouldn't need much practice before competition since the season is already so far in and players are in shape.

He's hoping all tournaments can be completed in 2020.

"We're going to wait until December 8, hopefully our numbers get to a point where we can resume practice and competition and we'll try to get those three fall tournaments completed by January the first."

However, if that isn't possible, Uyl acknowledged the MHSAA would have to look into 2021, potentially into the spring.

"We'd have to access options B and C at that point," Uyl added.

Like many coaches and teams around the state, Uyl says Sunday night's announcement didn't come as a surprise.

"All of us can see the data, we can see the numbers, the increases we've seen over the past month-plus, I don't think it's a surprise to anyone that some new guidance and regulations would come," he added.

While many teams are concerned the restrictions could last longer than the three-week period, Uyl says he's optimistic that this time around no sports or seasons will be completely canceled as they were in the spring.

"I think this is much different than where we were at last March and April," said Uyl, "this was a new phenomenon to all of us."

The MHSAA is confident sports can be played safely and Uyl adds that they've been in touch with county health officials from across the state.

Uyl also added that 94-percent of football teams across the state didn't miss a game due to COVID-19.

"There's an incredible amount of data that sports can be done and done safely," Uyl said, "and hopefully in three weeks, the numbers will return to levels where they were for a bulk of the fall season and we can get back to completing the fall as well as coming up with a revised plan for winter."

Uyl also added that Ford Field is still in play for the 11-player football state finals and that the state finals could be on days other than Friday and Saturday this year, unlike every other season.

"They've been great to work with," Uyl said about Ford Field.

The MHSAA is expected to release a plan for the remainder of the fall tournaments as early as Wednesday, Nov. 18 but will reaccess the situation if restrictions are extended further into December.