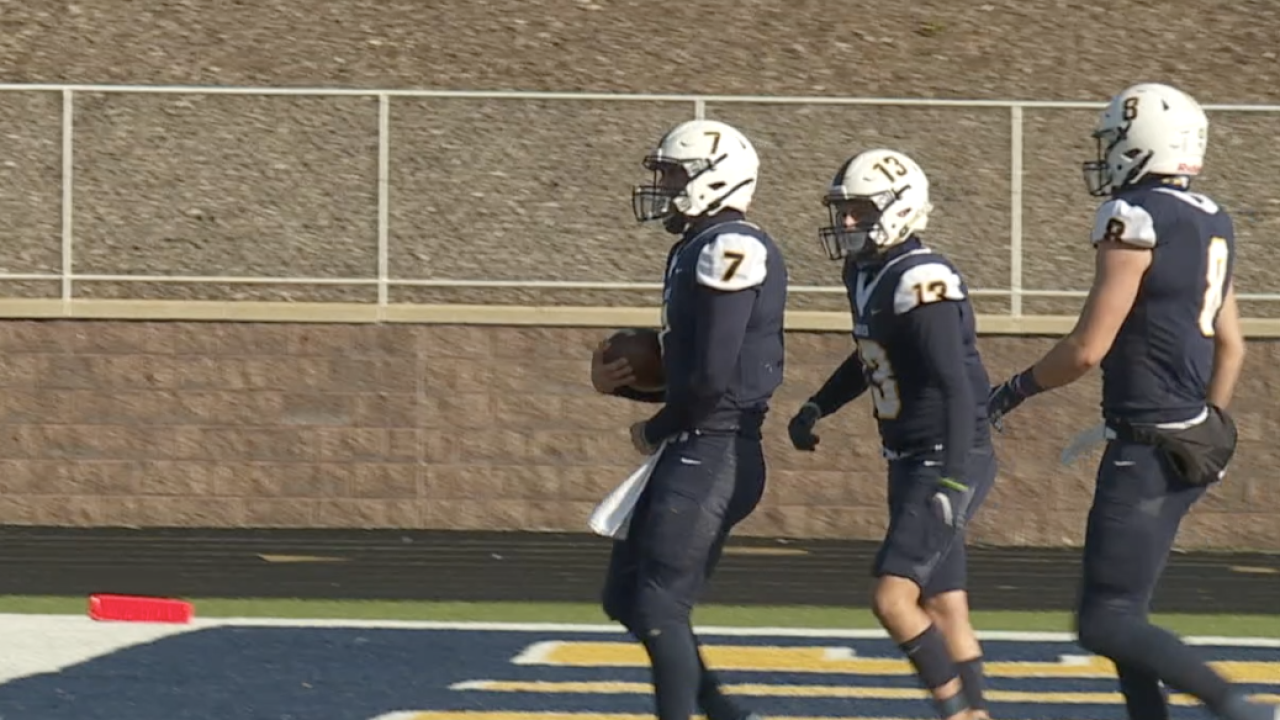 HUDSONVILLE, Mich. — It was another OK Red rematch in the Division 1 district opener between five-seed East Kentwood and four-seed Hudsonville on Saturday afternoon.

The Eagles would trail 14-0 early in the game before going on a tear led by senior quarterback Brennan Hayes, who accounted for four touchdowns in the 52-14 win.

"It means a lot because it's a playoff game," Hayes said, "a playoff win is super important to the community, myself, my team, it's awesome."

And despite trailing early, the Eagles found a way to put 52 unanswered points on the board.

"It shows everyone that we can hang with any team, no matter how much we're down," Hayes added, "I'm super proud of the way we battled today."

Hudsonville advances to take on OK Red foe and top-seed Rockford on the road in the district semifinals.