Hudsonville advances to district final with win over West Ottawa 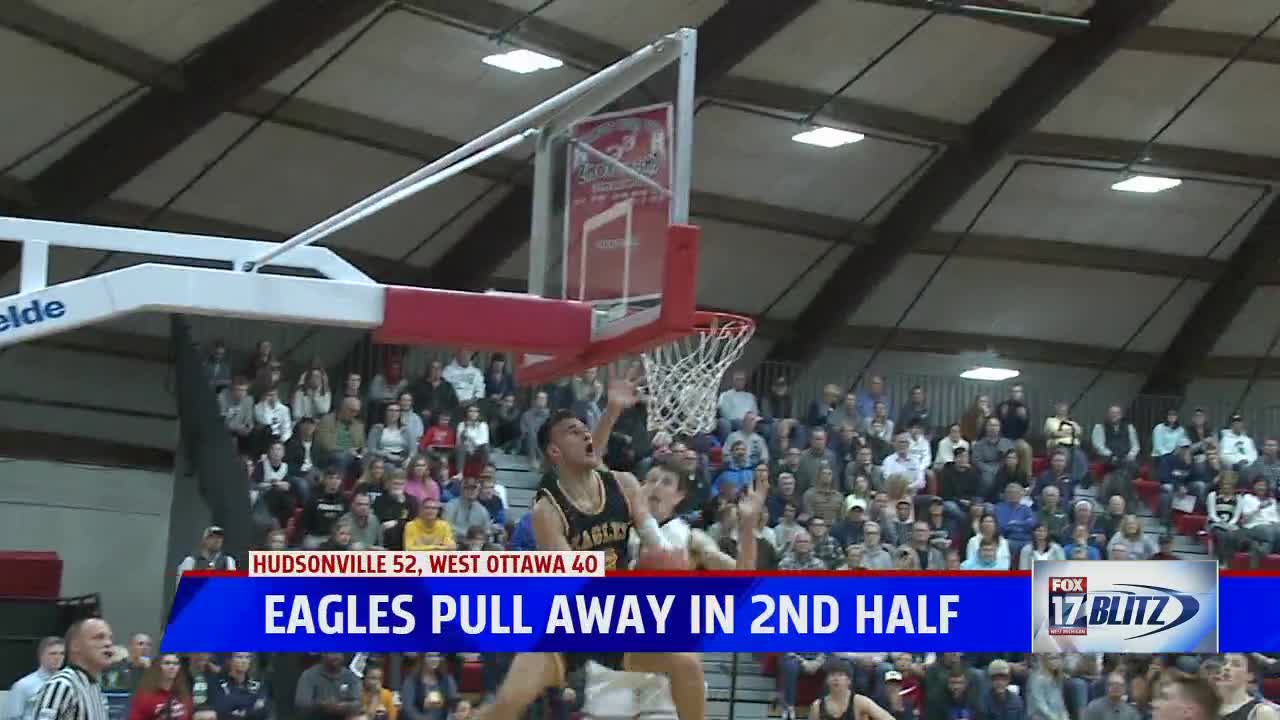 Top-seeded Hudsonville defeated West Ottawa for the third time this season on Wednesday night to advance to the district finals.

Defense was the focus of the game early at the Dutch Dome and it remained a close contest until the fourth quarter, when the Eagles were able to finally gain some separation.