From high school to college, Brady Rose and Tyreese Oakes to remain rivals but friends

High school standouts set to square off in college 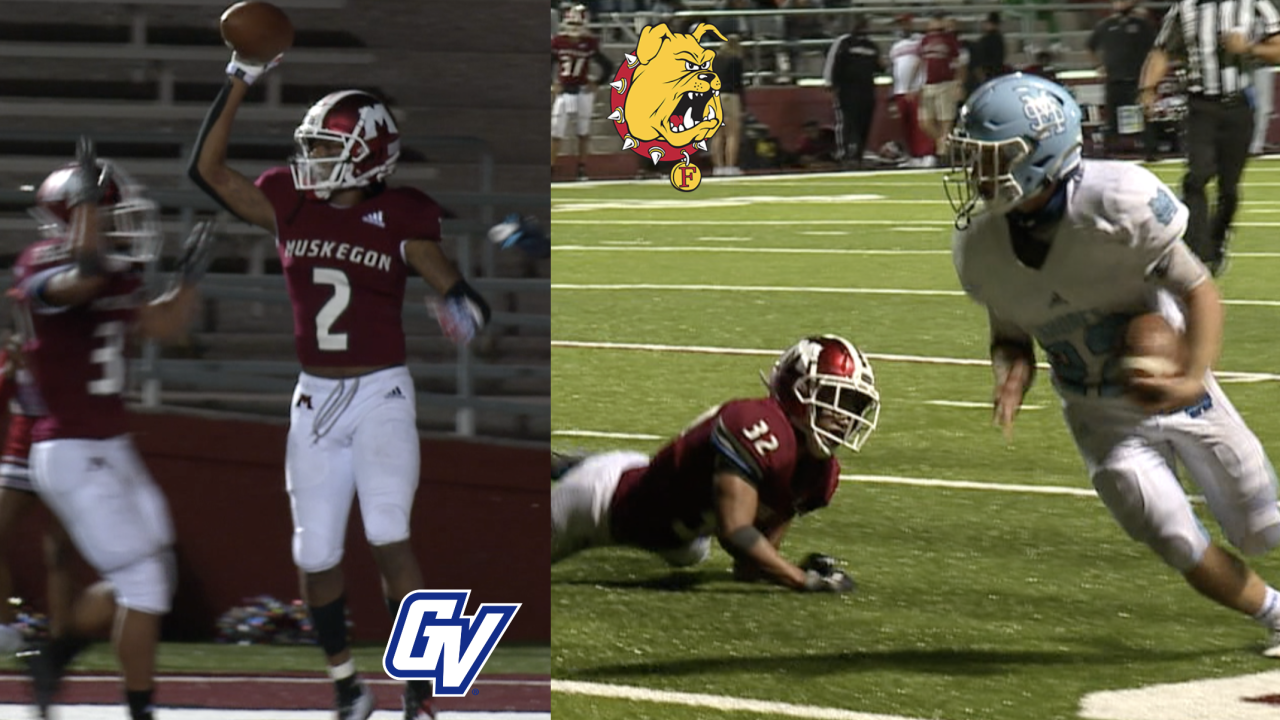 MUSKEGON, Mich. — The Muskegon and Mona Shores football rivalry has been one of the best in the state of Michigan, especially over the past decade.

"It's been a real good competition since seventh grade year," said Muskegon senior safety, Tyreese Oakes, "it's no disrespect or anything, just competition, we're city rivals."

Now, two of the best players in West Michigan and from that rivalry will remain rivals as they head off to college.

"I chose Ferris because they've been interested in me since the beginning of football season," said Mona Shores senior quarterback and safety, Brady Rose.

As Rose heads to Ferris State to play for Tony Annese, Muskegon's Tyreese Oakes will head to Allendale to play at Grand Valley.

"Grand Valley gave me love," Oakes said, "I enjoyed the visit, the coaches reached out to me and talked to me about two times a week."

Rose hopes to play slot receiver in Big Rapids while Oakes will play safety and chose the Lakers over some Division-I offers.

"When we saw we had some of the same offers, me and Brady texted a few times throughout the recruitment process," Oakes added, "it's been a whole lot of respect and will be throughout the seasons."

The two are excited to stay in the West Michigan area and continue to compete against one another.

"I think it'll be really cool to be at the same level as him," Rose said, "there are other guys I played in high school and playing them in college will be pretty cool, too."

"It's a unique thing going on," said Mona Shores head football coach, Matt Koziak, "what makes it really cool is that you can catch these kids' games on one day, where they're both playing each other, so it makes it easier as their former coaches."

With the two likely playing opposite sides of the ball at the next level, there's a potential they could line up against one another again soon.

"It'd be nice to see them play against each other and hit each other again," said Muskegon head football coach, Shane Fairfield, "see them make tackles and keep it going, I'm sure they'll be each others biggest fans coming from the same community."

And that's exactly how it is for Rose and Oakes, bitter rivals in high school and soon to be in college, but there's also a lot of respect between them.