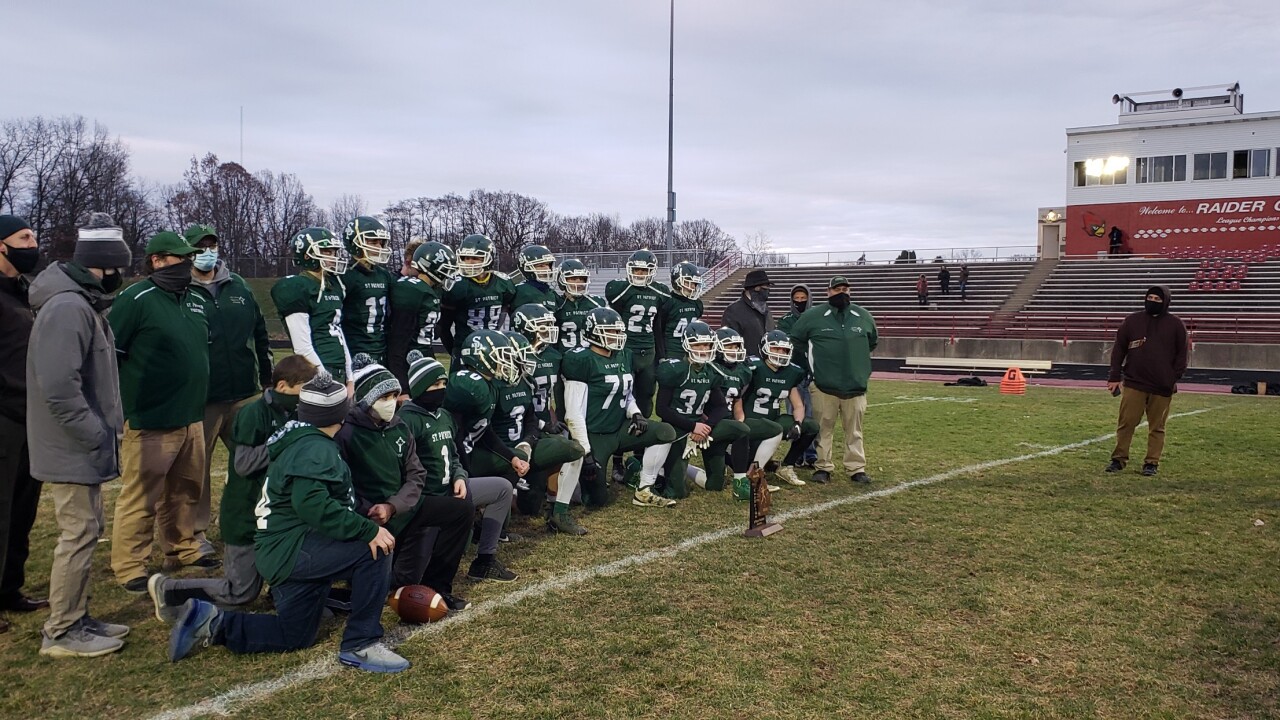 Portland St. Patrick pulled off a comeback victory on Saturday afternoon in an eight-man regional championship.

The Shamrocks trailed 20-6 in the third quarter after Colon's Brandon Crawford scored his second of four eventual touchdowns on the day.

Brandon Crawford with a four-yard touchdown run for the Magi! pic.twitter.com/ndAzCt4tNo

However, the offense would get rolling later in the quarter as Connor Cross took over with a 43-yard touchdown pass to Shane Cook to make it 20-14.

The Magi would answer with a 20-yard touchdown pass from Simon Vinson to Crawford to extend the lead to 26-14 before Cross threw for another score to Derec Fedewa to make it 26-22 Colon after three quarters.

Crawford would extend that lead with a 67-yard touchdown run but that would be all the Magi could muster against the Shamrocks as Cross would add three more touchdowns and a defensive interception to seal the 44-34 victory.

Connor Cross with a six-yard touchdown run to cut the deficit! pic.twitter.com/BNc7f4Ihul

"Just can't say enough about how hard they worked," said head coach Patrick Russman, "they always put the work in, our programs always do but you don't always get the end result you want, our kids just flat out made plays."

For Cross, it's his fourth regional championship with the Shamrocks in his high school career.

"I remember looking back, I always wanted to win, I've always been a competitor and now I've got a regional trophy all four years, it's pretty special," Cross said.

The Shamrocks will take on Kinde North Huron in the state semifinals next week.