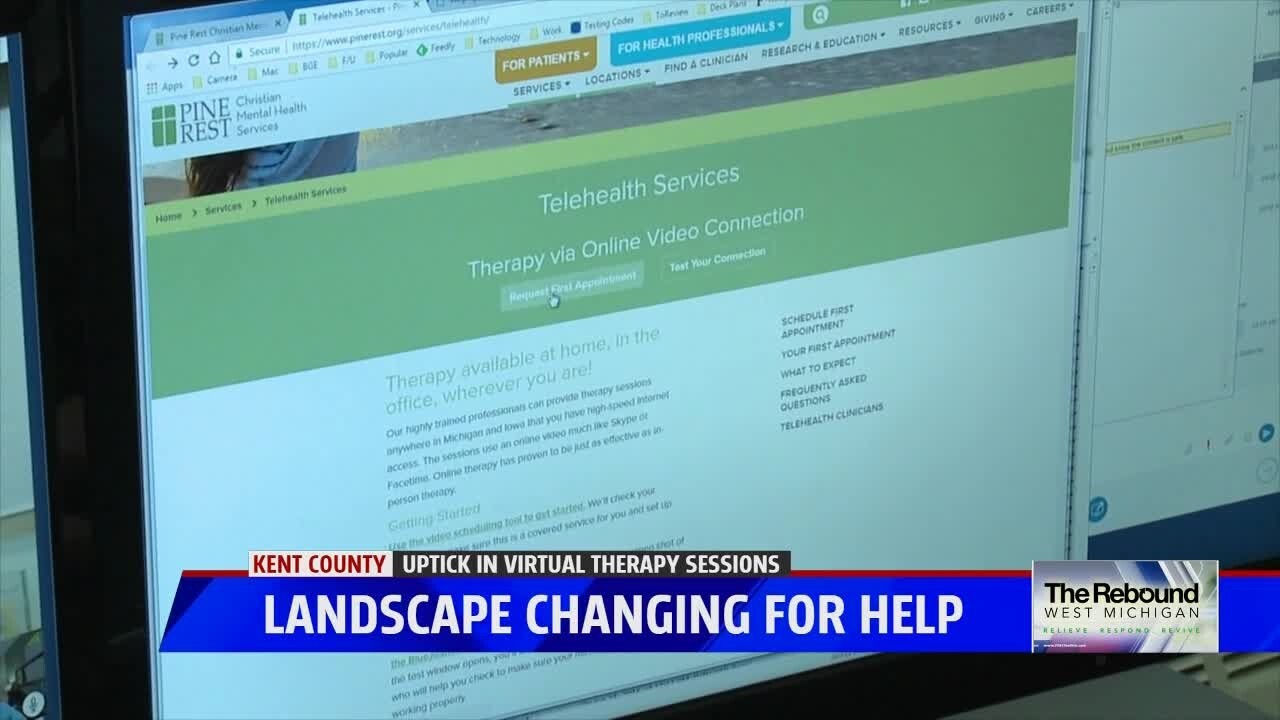 GRAND RAPIDS — Our mental health has been tested in new ways over the last several months, and like many services, therapists and counselors have had to adapt to the times to still provide help. In fact, the use of telehealth sessions has actually increased since the pandemic.

Back in April, mental health facilities launched the “Don’t Go Out, Reach Out” program, offering phone and telehealth services. Jean Holthaus the clinic manager at Pine Rest says they started telehealth therapy about 3 years ago and averaged 400 visits a month. Today, they are doing more than 5,000 a week.

“The fact that it picked up so rapidly and that we could do it, because we would not have known we could do that until we were kind of forced into a position where we had to do that too. Because if you're used to only doing 400, your infrastructure stuff is built for that,,” she said. “I think it's made the mental health community aware of that as a possibility. It's made the community as a whole aware of it as an option and embrace it as an option. I don't think we're going back where we were, I think the other group that has become aware is insurance companies. It also forced them into a place of having to say we'll pay for this and now that they've now that they know that not only can it be provided, but clients actually like it, I think it's going to change how they view it as well.”

Some places have resumed in person sessions, but Pine Rest says they are continuing with just virtual sessions right now. When they do start seeing people back in the office, they will still offer the telehealth option.

You can call these numbers to get started: