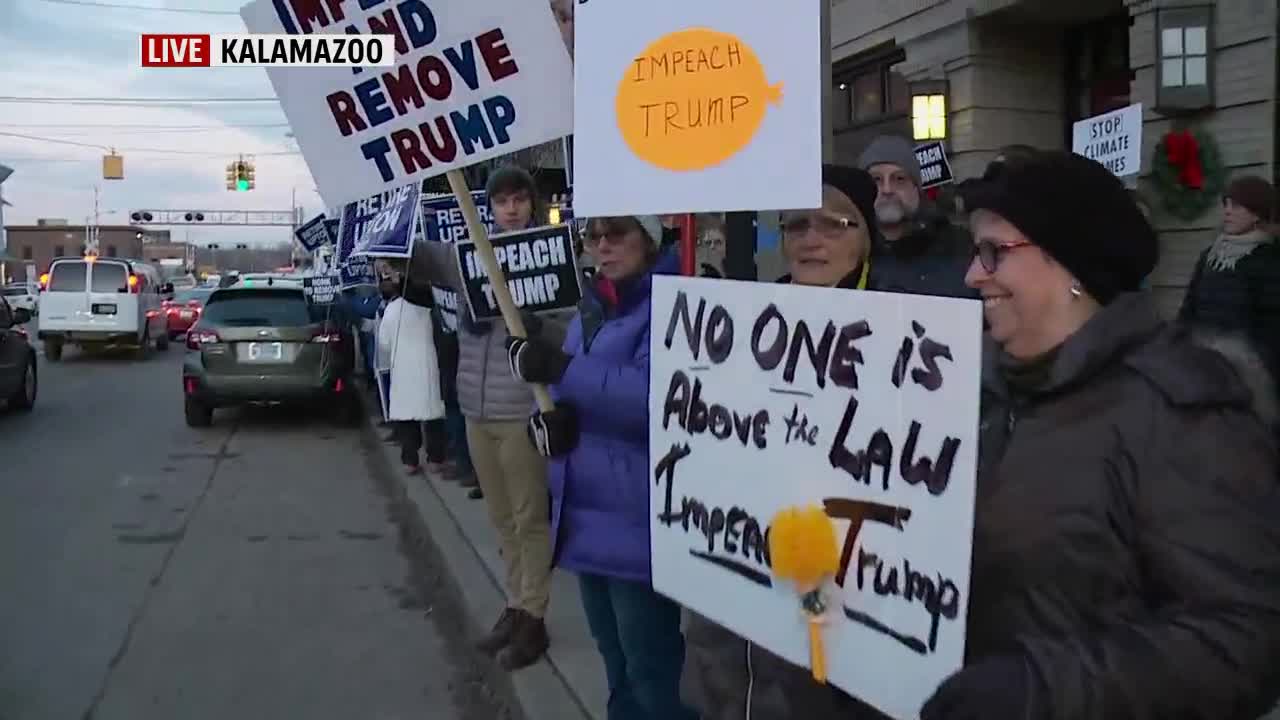 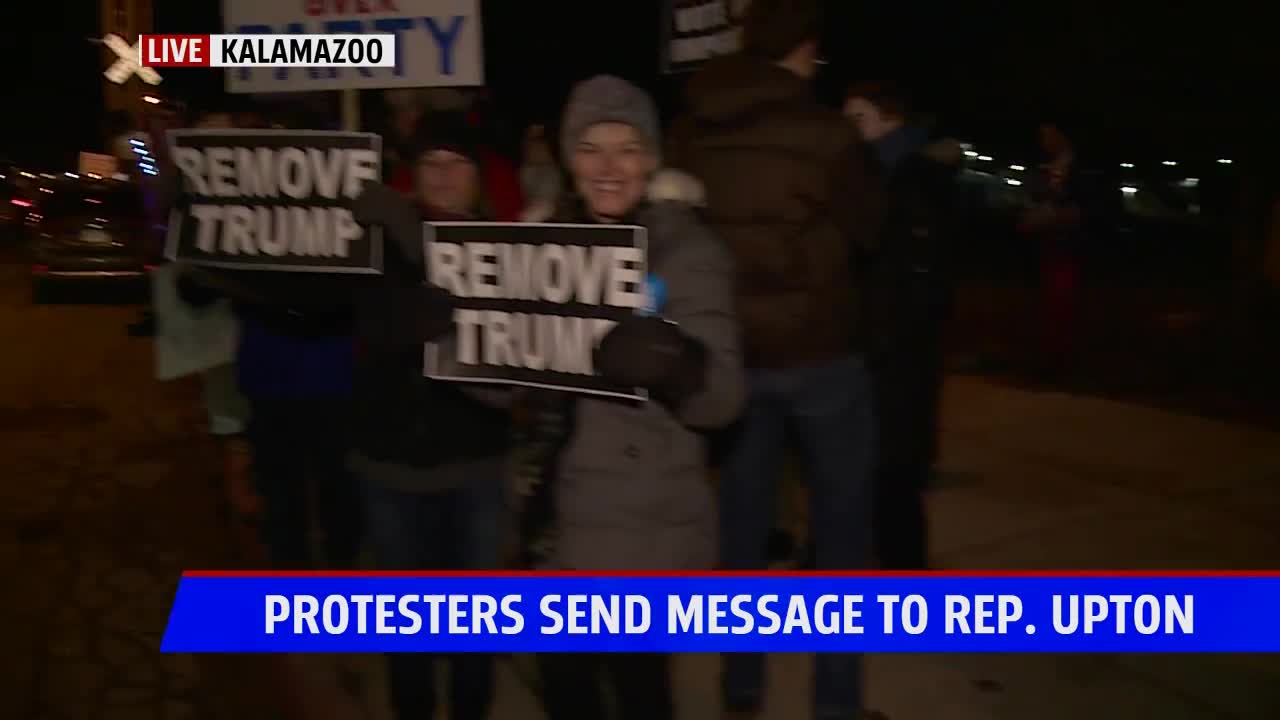 KALAMAZOO, Mich. — Hundreds of people stood in front of or near Representative Fred Upton’s office in downtown Kalamazoo, urging him to vote to impeach President Donald Trump.

“We’re rallying tonight to send a message to Representative Upton that we would like him to support the articles of impeachment, that no one is above the law,” said one of the main organizers Greg Francisco during an interview with FOX 17. “The president used military funds to pressure a foreign government to interfere in our elections. This is not acceptable.”

Francisco said Tuesday’s protest was a part of a much larger movement put together by The Move On organization. There were over 600 protests going on nationwide at the same time in effort to pressure local leaders to impeach the president. Over 150,000 people were involved.

“I’m passionate about our country,” Francisco said. “I’m a veteran. I wouldn’t really count myself as progressive or conservative, whatever. I’m an American citizen that really values what we have.”

Francisco said that many protesters believe Rep. Upton is showing too much partisanship with President Trump, who recently wrote a letter regarding the impeachment. The goal of the protest is to urge him to rethink his allegiance and remove the president, he said.