Beating the Odds: Overcoming addiction and helping those in recovery 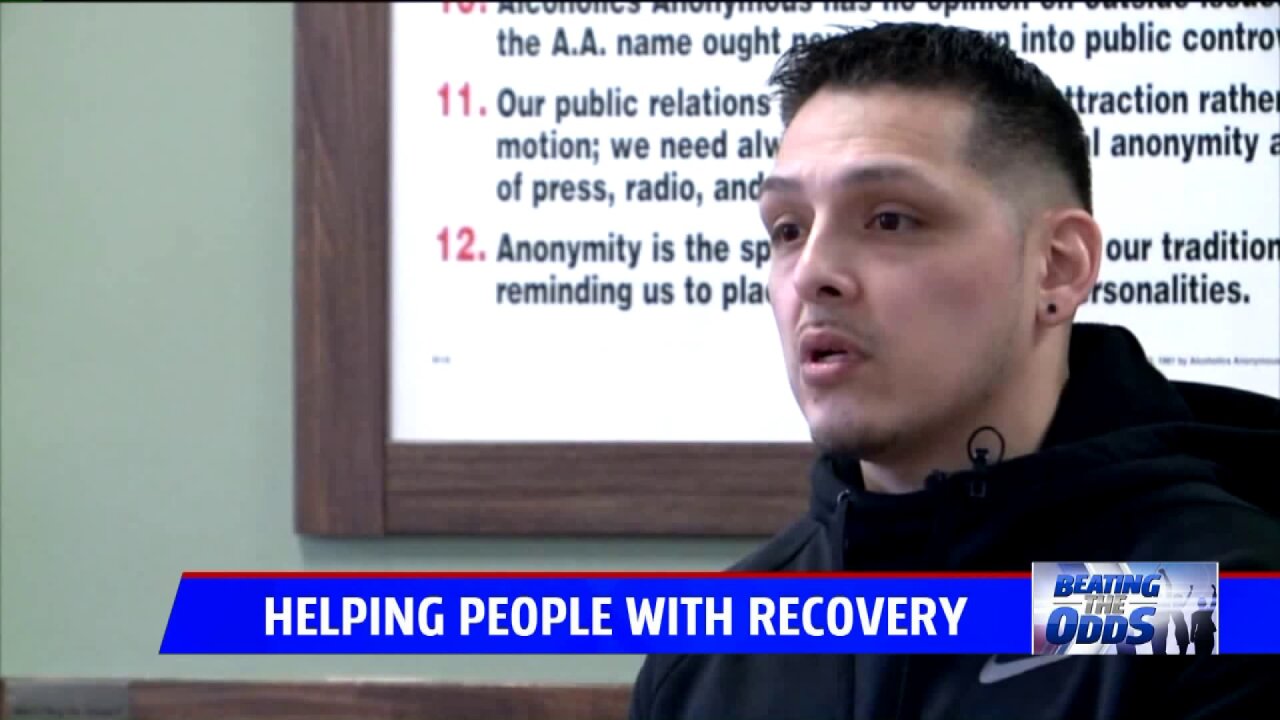 GRAND RAPIDS — Now more than ever we need to hear the stories of hope, and that’s exactly what Santos Castro’s story is about.

“It's always going to be waiting there for you. But that's why you have to keep fighting every day and come to these tables and improve your life. I always tell everyone, I don't care what your age is, your race, your gender. It's never too late to improve your life.”

Castro knows that reality all too well, after overcoming his heroin addiction. “It literally takes everything from you. There was a point of time that I couldn't eat, sleep, or go to work without asking heroines permission,” he said. “It’s very hard work, to be an addict. It’s very hard work to figure out who I'm going to steal from. Who am I going to manipulate.”

In fact, from 2014-2015 he went to jail more than 15 times. But eventually, that caught up to him and the last time he was arrested, he was headed to prison. “The system had enough of me. There's only so many times you can go to jail before they finally slap a gavel on you and say, hey, we’re putting you away for awhile. But a sort of relief came over me when I was finally in handcuffs. Because I was tired of running, I was tired of feeding the dragon. I was tired of being a slave to the addiction of intravenous use of heroin.”

Castro says the chaplain gave him some good advice, that forever changed his life. “I asked for help. I did. I did what every brave man should do when it comes to that point, ask for help. And I asked the chaplain to help me and he gave me some advice and told me to make my prison term profitable.”

Castro did just that. He got his GED in prison and learned a new trade. He worked hard to stay on the right track and prepare himself for when he went back into society.

The odds of Santos falling back into his old lifestyle was high. Nearly 80% of inmates end up back in jail within five years, but he stayed focused on bigger plans. He worked hard to find an employer that would hire him and found support at the Alano Club of Kent County, where he now hosts two recovery groups himself.

“It's very possible here. Recovery works best with others. You can try it alone but your chances increase phenomenally if you include others support.”

Castro is now 5 years clean. He has a good job, is apart of a prison ministry and working everyday to make up on the the time he lost.

“It’s just so amazing. That's the miracle in my life, to be able to let have my mom leave her purse on the kitchen counter and know that it's still going to be there untouched in my presence, is something that I thought was never attainable before. The trust and the blessings that come with it. It truly is something that you cannot contain. If you were to tell me when I was sleeping in an abandoned house, with a sleeping bag, with no running water, no electricity, no heat. If you were to tell me that you're going to make it some day. You're going to have your own home and a good paying job and a pretty new car, I would have never believed that. I would have called you on your bluff. I definitely wouldn't have put my money on that and that is something that I reflect on on a daily basis . Something that I wake up to every morning and give thanks to my higher power,” he said.

Castro is still running his recovery groups through the Alano Club of Kent County at local parks. For more information on that and other services there, click here.