Tittabawassee River discharging at 374K gallons per second, 23 times higher than the average 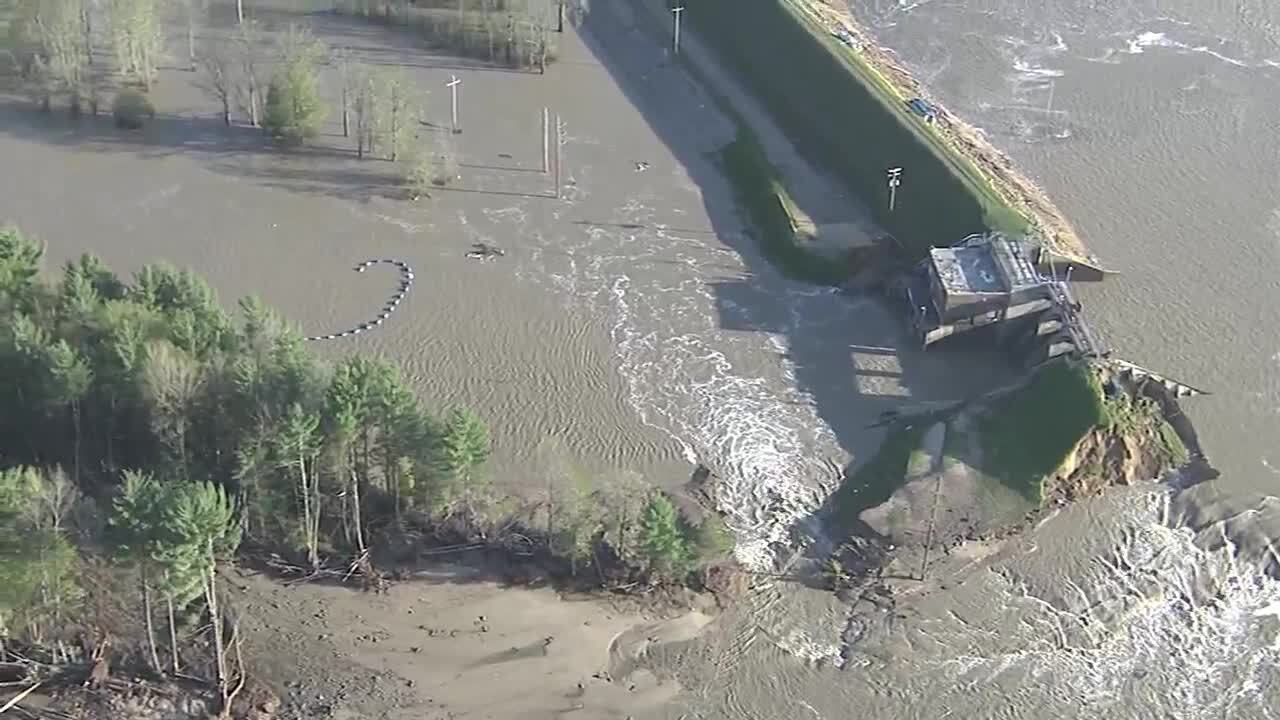 The Tittabawassee River in Midland is now discharging at 374,000 gallons of water per second, according to the U.S. Geological Survey.

As of the latest numbers from 9:30 a.m. Tuesday, the river is discharging at 50,600 cubic feet per second – more than four times the previous record.

According to 7 First Alert Meteorologist Kevin Jeanes, the average daily discharge is around 2,200 cubic feet per second.

Residents of Edenville and Sanford in Mid-Michigan have been ordered to evacuate after the breach of two dams, prompting Gov. Gretchen Whitmer to declare a state of emergency for the area.

Downtown Midland could be under nine feet of water – historic water levels from flash flooding – according to the governor.

So far, 10,000 people have been evacuated or are in the process of being evacuated, the Community Affairs Director for the City of Midland Selina Crosby Tisdale told 7 Action News Wednesday. The process have been going smoothly as residents have taken requests seriously.

According to Tisdale, they are calling this a 500-year flood. A 1986 flood hit historic level at about 33.9 feet. Officials are expecting Tittabawassee River levels to reach around 36 feet later Wednesday morning. Typically, a flood emergency declaration is made when water levels hit 20 feet.