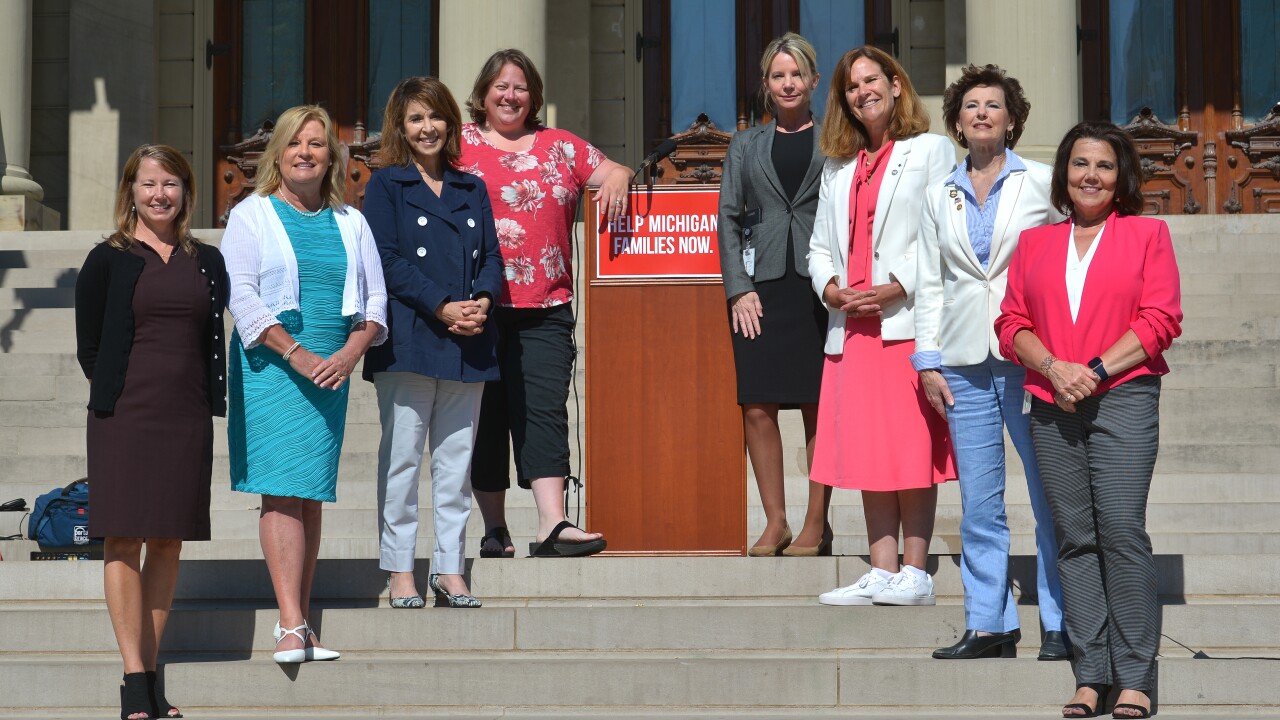 They held a rally on Tuesday outside the State Capitol demanding change.

Lawmakers are getting hundreds of calls and emails a week from people looking for their money from unemployment.

Some have now waited nearly three months and they’re running out of options.

Tuesday’s rally outside the Capitol was dubbed Moms for Families. Those attending are frustrated at the lag in the state’s unemployment system.

More than a dozen lawmakers were there, including Rep. Mary Whiteford, who helped organize it.

“I have currently 85, and by the end of the day we have another 15, so we have 100 who have gone without any response from Unemployment Insurance Agency for over eight weeks,” she said.

Her office is currently helping more than 400 people with their claims.

She represents the 80th District, covering Allegan County. Her constituents are constantly calling with UIA issues, “and the biggest problem that happened is when they got online and they were filling out the form, they made one mistake,” said Whiteford. “So they realized it happened; they tried to call the UIA office. Some of my constituents called hundreds of times a day without ever getting help.”

Whiteford reached out to people on Facebook who needed help. One of the men spoke at her rally, saying he just now got his claim accepted, two months later. “There’s families they don’t have money for their cellphones to be able to communicate with their children," he said. "They’re unable to pay their rent, their bills. This is really, really important, and our government shut them down.”

Whiteford says the problem is really affecting mental health. All of these people have more stress and anxiety that she says was pushed onto them by a statewide shutdown.

“The challenges they’re facing, the frustration, the fear, the helplessness, and they’re all saying, 'The government took away our job. Now what do we do? And then you won’t even answer your phone. I can’t even talk to a person to get this straightened out.'”

Before the government shut everything down, state leadership should have known about the rise in UIA cases when people lost their jobs, Whiteford said.

And when a company offered to help, the state said no. “They were offered a chance to have help, they decided to go it alone and now three months later, it’s still, the system is still not working out," Whiteford said. "I’m baffled. I’m a business owner. The buck falls with the boss."

Rep. Whiteford says Gov. Rick Snyder took responsibility for the Flint water crisis, which is still not fully resolved, and she's hoping Gov. Whitmer does the same with the unemployment issues.

We reached out to the governor’s office for comment but have not heard back.

“We know the past few months have been a challenging time for working families faced with unemployment due to the COVID-19 pandemic, and we understand their concerns,” UIA Director Steve Gray said. “We sincerely apologize for the delays and frustrations people are facing, and we want to again reassure everyone that we are pulling in all available resources to ensure claims are resolved as quickly as possible, and that benefits are in the hands of those who deserve them.”

The UIA says it's "working with the Office of the State Employer to develop a plan on the potential reopening of its field offices. We will ensure that we use staff resources efficiently and effectively to best serve UIA customers."