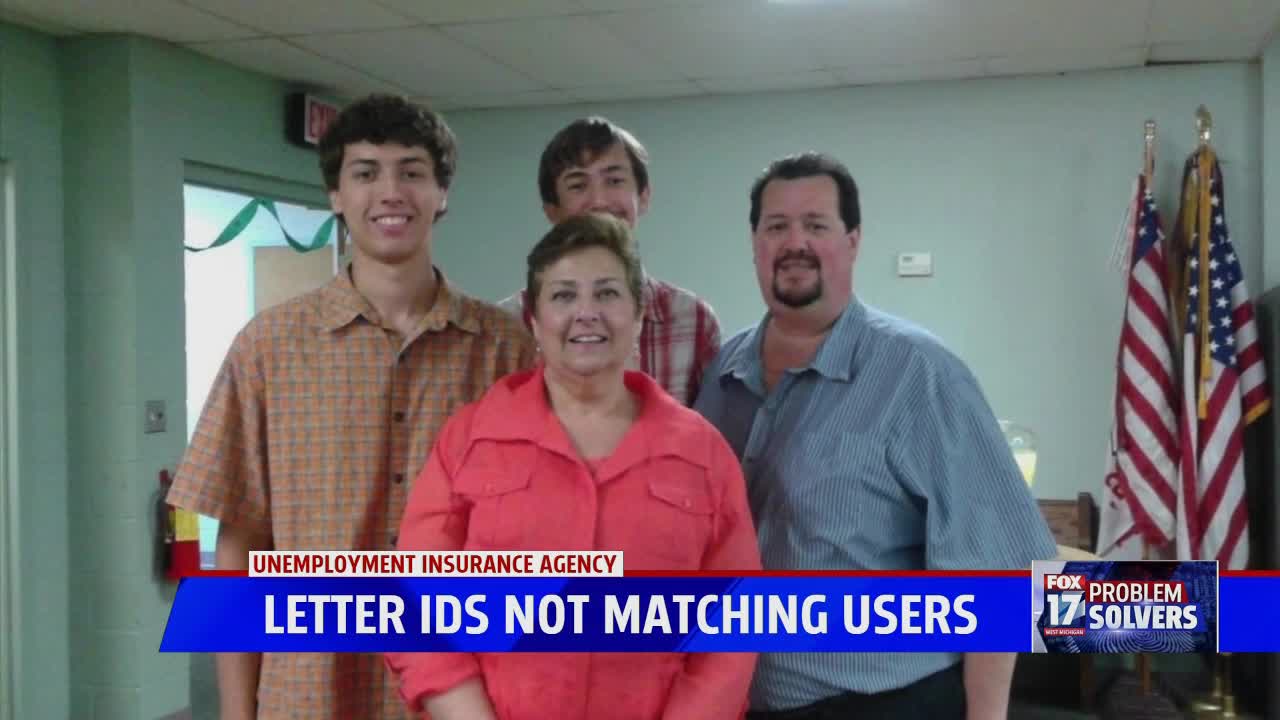 GRAND RAPIDS, Mich. — The Michigan Unemployment Insurance Agency is using identity verification on thousands of claims in an effort to prevent fraud.

But many people tell FOX 17 their ID forms from the state are not going through.

Claimants are often times asked to verify their ID. They get a letter in the mail or their MiWAM with a code to enter along with the documents. But several tell me even with the form it’s still not working.

“We were told that he qualified for unemployment because he was laid off,” said Sandy Isenga who talked with us on behalf of her son Scott who is disabled.

Scott works part time at McDonald’s and has been laid off since March.

“And I completely sent them all of his ID, his birth certificate, his Michigan ID, social security card, faxed that to the number,” said Sandy.

The UIA first sent him a letter saying, ‘based on the information you provided we were unable to verify your identity.’ It has a letter ID to also submit online along with the documents.

The online verification page for MiWAM tells people what’s accepted as proof. Then at the bottom it says, ‘using this page with your letter ID will be the quickest way to fix the identity issues.’

But the process has been anything but quick.

“They’ve got every piece of ID that they could have on him, I did not send them his passport but that was next. It’s just like we’re at a loss. What more do you want from us to verify who he is, I don’t get this,” said Sandy.

Then they got an email from the agency saying the letter ID they submitted did not match their records and as a result was unable to verify their identity.

“We don’t know what else to do, asking them to please at least send me a message, you know, just they’ve not even messaged my back,” said Sandy.

“Immediately like within seconds gives me an email saying that’s incorrect,” said Laraway.

He’s waiting on more than 15 weeks of back pay all with non-monetary issues.

He too got the same email telling him on July 22nd that the letter ID he used did not match the records on file.

The whole process has been a struggle especially with a child.

His daughter Addilinn is 15 months old. Without money from the UIA, he’s out of options.

He’s running out of money for gas, bills, clothes for his daughter, even diapers and food.

“They just stopped payments on everybody in the family and I don’t know why,” he said.

Mark’s wife is back to work and finally getting benefits. But he and his son still cannot seem to verify their ID, even after putting in their letter number.

“So I type that in. Every time it comes up, ‘sorry but that letter number does not match our records’, it’s frustrating,” he said.

They too got the same email on Monday saying, ‘we were unable to verify your identity and we will try to do so by other means.’

“It’s like frustrating because it’s like – ‘you guys sent me a letter and it should match right?’ So, I start double-guessing am I getting hacked or what, because I don’t know,” said Staal.

Fraud is a concern for a lot of people.

I reached out to the UIA on all three of these cases and it is looking into their issues.

Mark told me after talking with us he finally has his money.

I’m told if you get the same verification error, you’re encouraged to send unemployment a message in your MiWAM account.