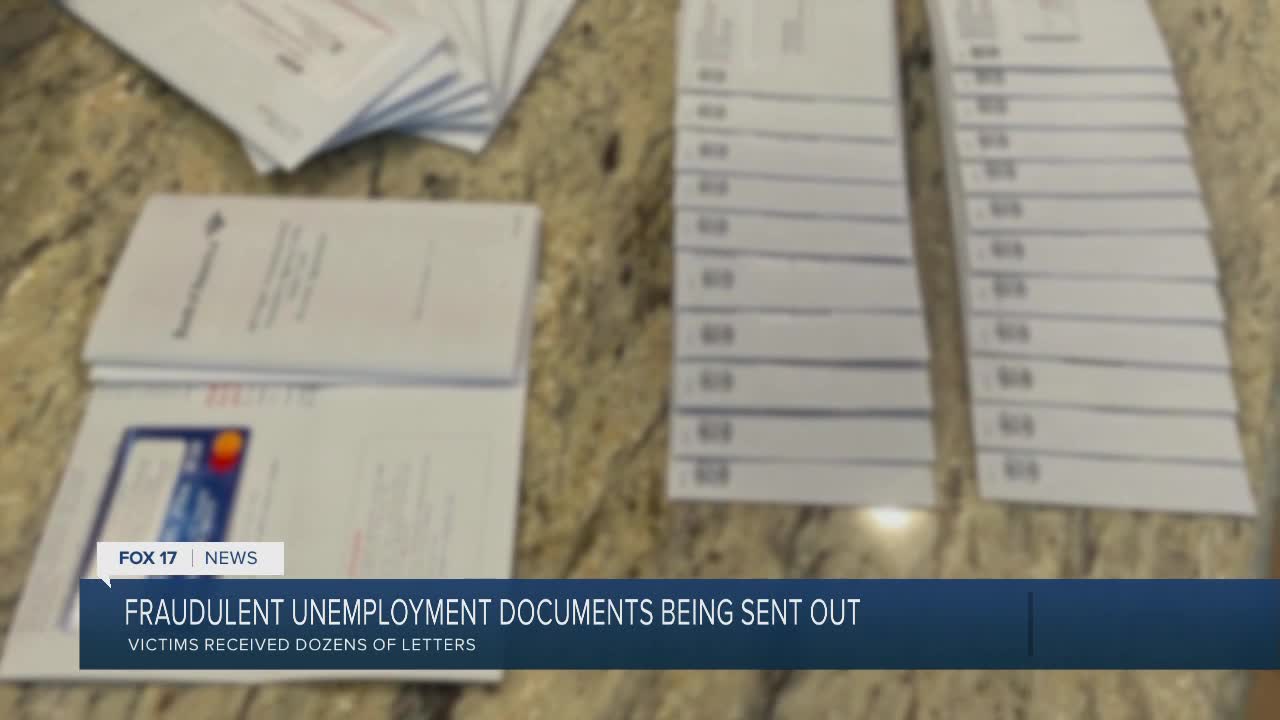 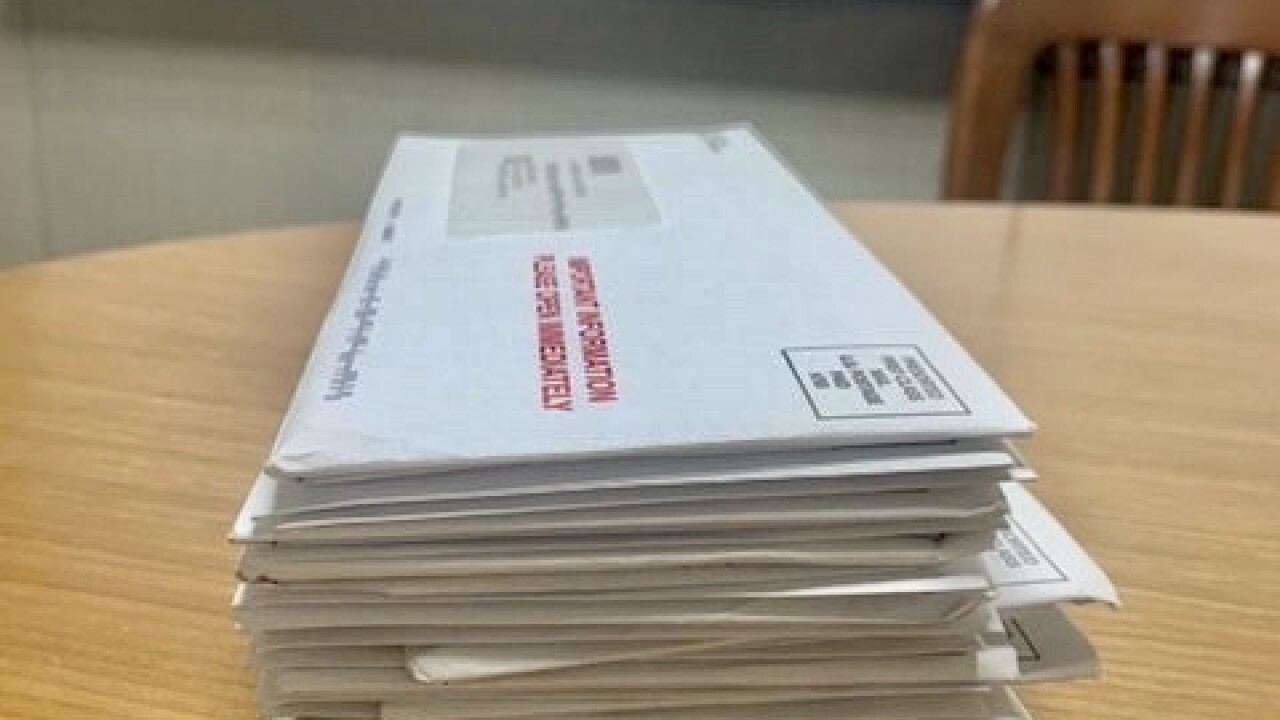 GRAND RAPIDS, Mich. — Dozens of fraudulent unemployment documents are being sent out to people in Michigan and now those getting them are wondering why.

Shane Farlin Sr. is the general manager for Quality Asphalt and Maintenance in Charlotte.

“I’m getting cards. I got two today, I got three yesterday those are still coming in,” he told FOX 17 during a Zoom call.

His work is seasonal, so he applies for unemployment during the winter months. Recently he opened his mail and discovered others have been applying for benefits too using his address.

“The first ones that came through all in one day and I have not received anymore,” he said. “These are the ones that are actually from the State of Michigan that have our coat of arms.”

The UIA even sent the Bank of America debit cards.

“I was pretty much in shock that especially with the debit cards - my concern was the long-term cost to our system and the overall solvency because if it takes too much of a hit and there’s this much fraud when we actually do need it – or the people that do need it – it’s gonna fall through – we can’t be giving away tons and tons of money to people who aren’t actually real,” said Farlin.

He posted the letters on a Facebook live last week and someone told him to contact FOX 17. He tells me he also tried getting a hold of the UIA but got kicked off the phone system.

“But I found it extremely unnerving to me and weird that all this could run through in such a large amount but it’s so hard to get through if you’re an actual person in need of it for real,” he said.

Another viewer from Owosso received 24 different letters with the names of 14 different people all sent to his address. He said it looks and feels like nine letters contain debit cards.

“Why would debit cards get sent out if it’s not an approved case,” asked Farlin.

A very good question that we submitted to the UIA.

This is a good example of the fraud protections we have in place to protect the unemployment system. Each of these claims were flagged as suspicious and we sent a Request for Information (UIA Form 6347) to the address on file.

Anyone is able to file a claim for benefits using a name and social security number. Since the imposter did not input a payment method at claim filing, debit cards were sent to the address on file.

The likely reason criminals chose this address is because this house is currently listed for sale. Criminals use addresses of homes for sale believing that nobody is currently living there and hence the mail will not be checked.

If anyone finds themselves in this situation, they should first navigate to the “Report Identity Theft” section at Michigan.gov/UIA to report the fraud. Then, discard/shred the documentation.

It’s important to note that when these matters are closed, UIA will send letters in the mail noting claims are Null and Void. That will end correspondence.

Shane says their house just went on the market a couple weeks ago and if crooks found that out, the UIA was quick to send the documents in 14 days.

“I haven’t run into my carrier and we haven’t talked but I was like, if I was mail carrier and saw something like this and dealt with them all the time and knew them I would be questioning what this person was doing in their home,” said Farlin.

The UIA says in Shane’s case after being flagged, even though they were delivered, money was never loaded onto the debit cards.

If you’re getting similar documents the agency wants to hear about it. You can report fraud by clicking here.