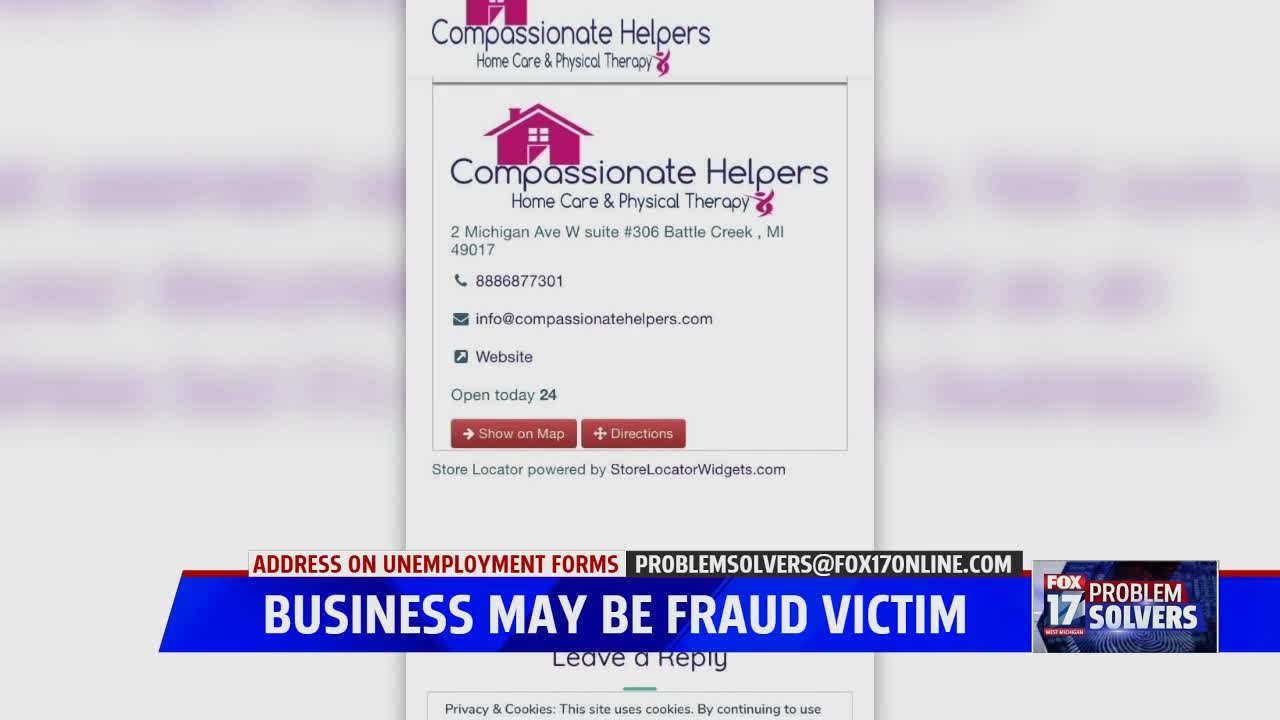 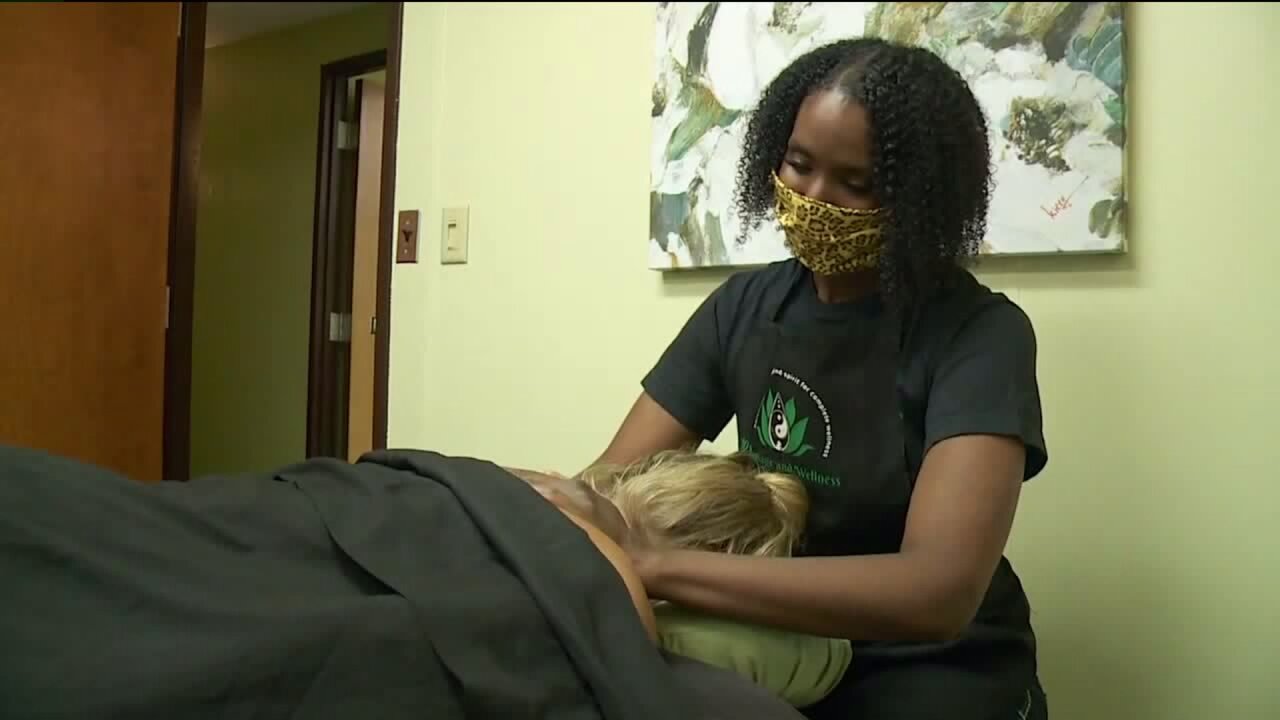 BATTLE CREEK, Mich. — A business owner in Battle Creek is worried she could be a victim of fraud.

She received unemployment documents to her work address, but the name on the account was not hers.

She first contacted the state’s licensing agency and unemployment agency, but when she didn’t get the issue resolved, she reached out to us.

Joyce Wanzer is a proud business owner who started JQ Massage and Wellness in Battle Creek back in October.

She opened her own shop on West Michigan Avenue after realizing working for someone else was not for her.

“I’m so at peace. I’m an introvert and I love people and I love my clients. I really pour everything that I love into every massage that I do,” she said.

When the pandemic hit, she too filed for UIA benefits since she’s self-employed and received her benefits.

But back in April, she got some strange documents in the mail.

Unemployment papers arrived that had her address but someone else’s company name on them.

A month later, she found out they also opened a bank account with the same information.

“So everything is shut down, people are filing for PUA and UIA I’m like ‘ok’, so they registered their business, now I have this new account, checking account for the business, only it’s not my business,” said Joyce.

It was all registered to OBF Enterprises and Compassionate Helpers.

According to the quick Google search, Joyce said the website stated, 'we are a privately held company in Battle Creek, Michigan.'

When she called the company there was an automated message that said, 'no routes found. We’re sorry your call cannot be completed at this time.'

Then she found an 800 number that went straight to voicemail. She contacted the state, but so far that too is a dead end.

“Nobody’s responding. Nobody’s pointing me into the right direction they’re just doing nothing,” she said.

Joyce also told us the UIA fraud submissions were not working.

So I emailed the company asking why its website used Joyce’s address.

I got a reply back from someone claiming to be a “patient care coordinator” by the name of Susan Bradley.

That person asked who I was and why I needed the address.

I took a screenshot just in case it went away.

After I told them about this story and that I worked for FOX 17, the Battle Creek location disappeared from their website in a matter of minutes.

Then, that same person told me it was an error and the franchise owner has since moved from that location – but did have a signed lease and certified checks to prove it.

He told me the company only used the one desk and chair he provided, only paid a month down payment back in March 2019, then just totally stopped responding to his calls and emails.

He also says they never signed a lease like they were supposed to and this was the first piece of mail he’s received since they left last year.

Joyce says the UIA still has not responded.

“But meanwhile they made me prove my identity three different times. So I’m like, ‘how does this even work’ these people are making it easy but they’re giving me a hard time,” she said.

Joyce contacted FOX 17 because despite reaching out to the state’s licensing agency (LARA), the UIA, and state senator, she kept running into roadblocks.

She’s just worried about her business.

“And then the biggest thing I was concerned about was whether or not the state was gonna come down on me thinking it was me doing something fraudulent like creating a business up under my business,” she said.

We reached out to LARA and Attorney General Dana Nessel’s office. Both say this issue falls under the UIA.

The state's unemployment insurance agency does know about this and will be looking into the issue.