Whitmer touches on roads, education, economy in State of the State 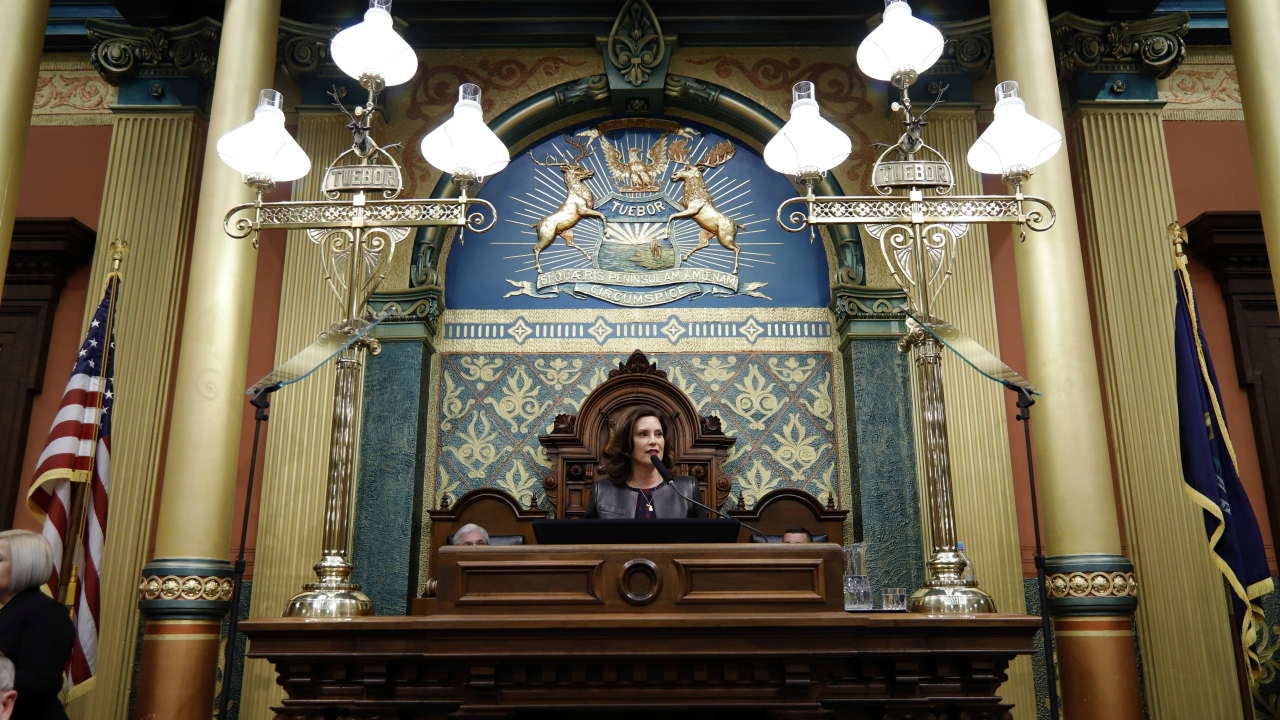 (Copyright 2020 The Associated Press. All rights reserved. This material may not be published, broadcast, rewritten or redistributed.)
Al Goldis
Michigan Gov. Gretchen Whitmer delivers her State of the State address to a joint session of the House and Senate, Wednesday, Jan. 29, 2020, at the Michigan State Capitol in Lansing, Mich. (AP Photo/Al Goldis) 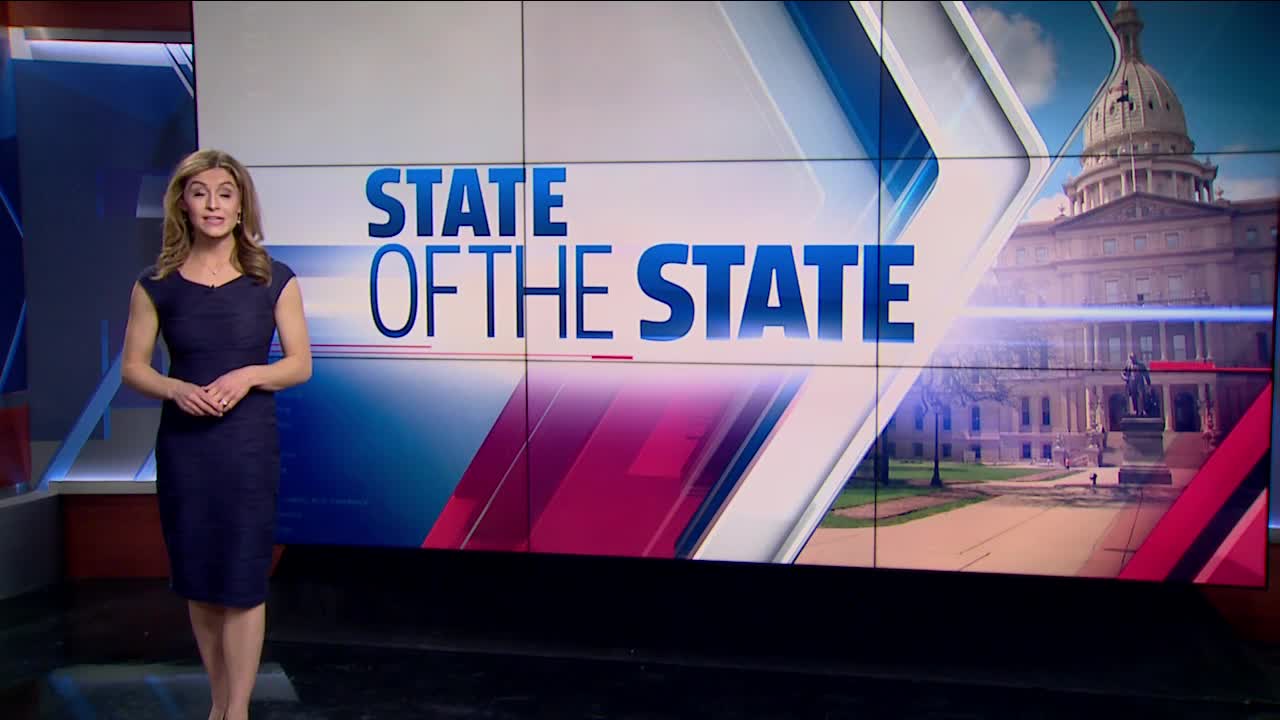 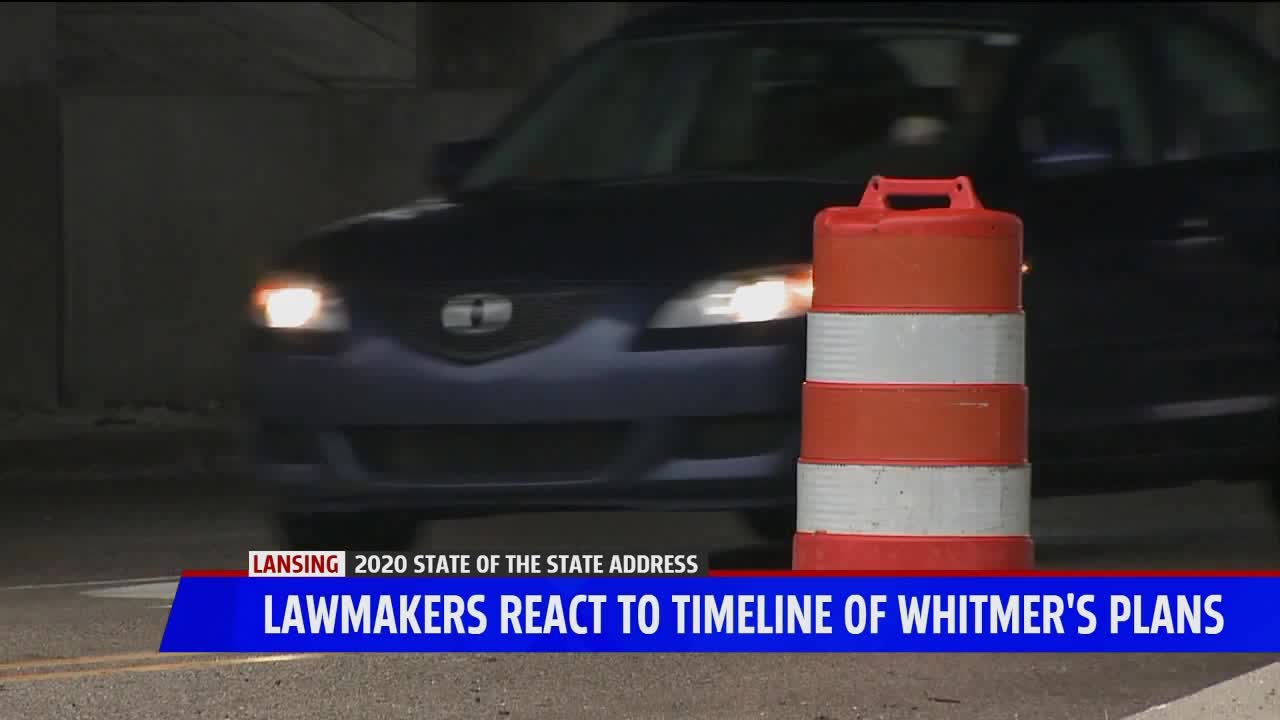 Ahead of the speech, she promised a short speech that got straight to the point. Her remarks lasted around 40 minutes and touched on several topics.

Whitmer promised fixing Michigan’s roads will continue to be her top priority and she will take executive action to get it done.

On Thursday, she will ask the state’s transportation commission to issue state road bonds to finance repairs.

“My rebuilding Michigan plan is financed without an increase at the gas pump and will do three things, save time, save money, and save lives,” Whitmer said. “Since it doesn’t require the legislature to act, we can get started right away.”

Whitmer had originally suggested a 45-cent gas tax to fund repairs to Michigan’s notoriously poor roads, but it was met with plenty of skepticism from the legislature and residents. She claims Republicans failed to come up with a real solution, so she is taking executive action.

The governor said her new plan can add or expand 122 major new projects and almost double the amount of money available to fix roads over the next five years.

Immediately following the speech, Republicans said they are against the idea.

"Last year she had one proposal. That was to charge every single driver in the state of Michigan 45 cents and she wouldn't come off of that,” House Speaker Lee Chatfield said. “Even after Republicans gave her multiple proposals.

“Now her second option is to take out a loan even though the state is paying back bonds on two previous administrations. We have yet to see a real proposal from this governor and we're going to get back to work."

Republican Rep. Jim Lower said he wanted to hear a more detailed approach on fixing the roads and that he disagrees with the bonds.

“I don't think the bonding is the right approach. She also didn't throw out a specific number for how much she wants to bond for, and I think going back into debt is a really bad idea.”

Michigan has had 10 straight years of economic growth, but Whitmer says not everyone is benefitting in it.

At a time of historically low unemployment, many people are struggling to get ahead,” she said. “Some are underskilled, some are overworked, some are overpaid. We’re doing something about that.”

The governor said she is stepping up the state’s overtime protections by directing the Department of Labor and Economic Opportunity to expand the right to overtime pay.

“If you’re on the clock, you deserve to get paid,” Whitmer said.

When it comes to education, the governor said her administration to doubling down on its commitment to investing in early literacy.

She also said the state is working on changing its funding formula to make sure every district gets what it needs.

“Equitable funding is essential to meeting the needs of our at-risk students and students with special needs,” Whitmer said. “Ensuring that every child gets the skill to graduate or succeed in our workforce.”

Whitmer gave a shoutout to Monte Scott, who decided to take matters into his own hands last year when he started filling the potholes in his neighborhood after his mom’s car got a flat tire.

“When I met Monte, he told me his dream is to go to college and to run for mayor. I wouldn’t be surprised if Monte is giving this speech one day,” she said. “Monte’s generation is a generation of doers. And they want to do good.”