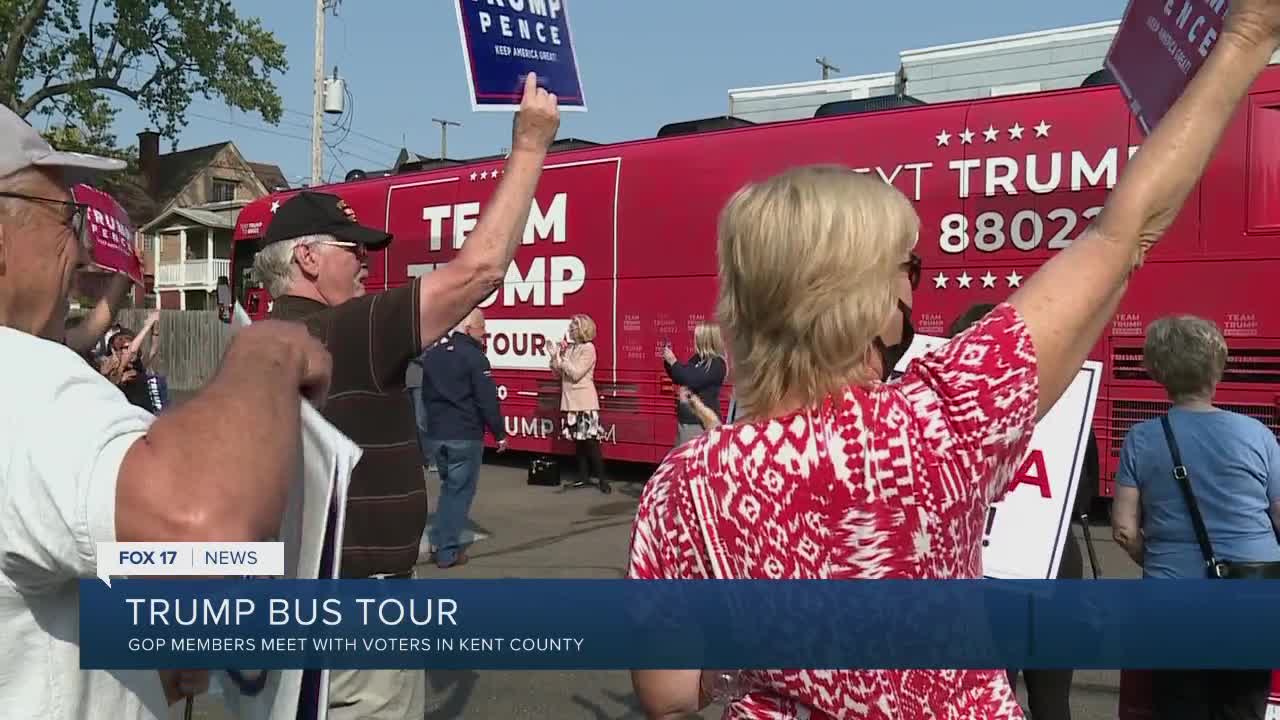 As part of a statewide effort to energize Republican voters, the Trump Campaign brought their “Trump Tour” through West Michigan. 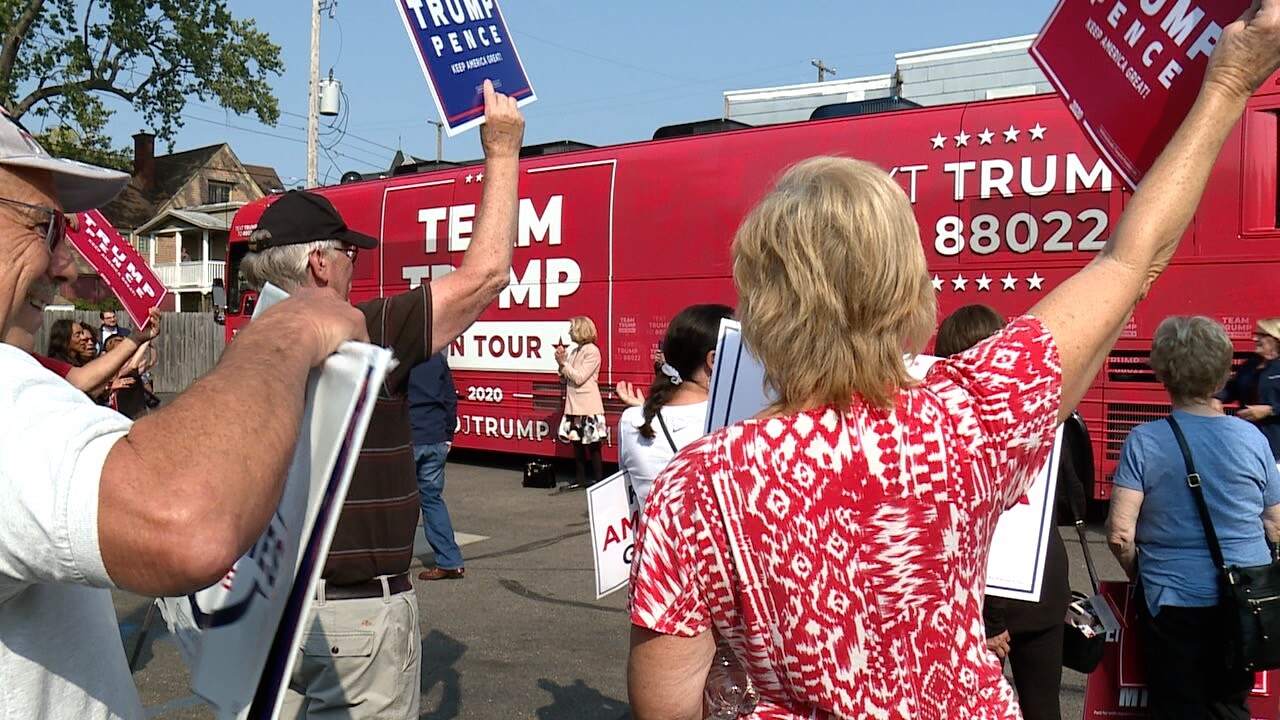 GRAND RAPIDS, Mich. — As part of a statewide effort to energize Republican voters, the Trump campaign brought their "Trump Tour” through West Michigan.

Dozens of supporters cheered on as the big red bus made its way to Grand Rapids Monday afternoon, stopping at the Kent County GOP headquarters.

“We got 43 days, 43, that’s nothing. That’s nothing for the future of our country, so we have to do our part. Who’s ready for four more years of President Trump and Vice President Pence?” Director of Press Communications Erin Perrine asked the crowd.

Kent County is an area campaigns are targeting ahead of the general election.

President Trump carried Michigan by just 10,000 votes in 2016, his campaign saying at the GR rally they hope to triple that margin this November.

“We need to continue the pressure, right? Our work is not done,” Michigan GOP chair Laura Cox said to the crowd.

We caught up with Cox on the Trump Tour bus and asked her if the recent passing of Supreme Court Justice Ruth Bader Ginsberg changes the scope of the campaign in any way.

“I don’t think it changes the scope," Cox replied. "The president has the ability to make the appointment, and I think he will. He said that this morning on the news, and I feel really confident he's going to make the right decision."

“We're just really excited,” she added. "Right now we are focused on getting voters out and getting them voting, one vote securely in Michigan."

While the scope may not change, both sides have labeled this upcoming election as one of the most important in American history.

Two very different outlooks of the future are on the line and Cox says the other side is too far left, and she believes that won't win over any undecided voters.

“The direction of the country is at risk right now,” Cox added. "You can either go very left, far left to a socialist liberal agenda, or America, as we see it, America-first policies."

The campaign also made stops in Muskegon and Kalamazoo on Monday.