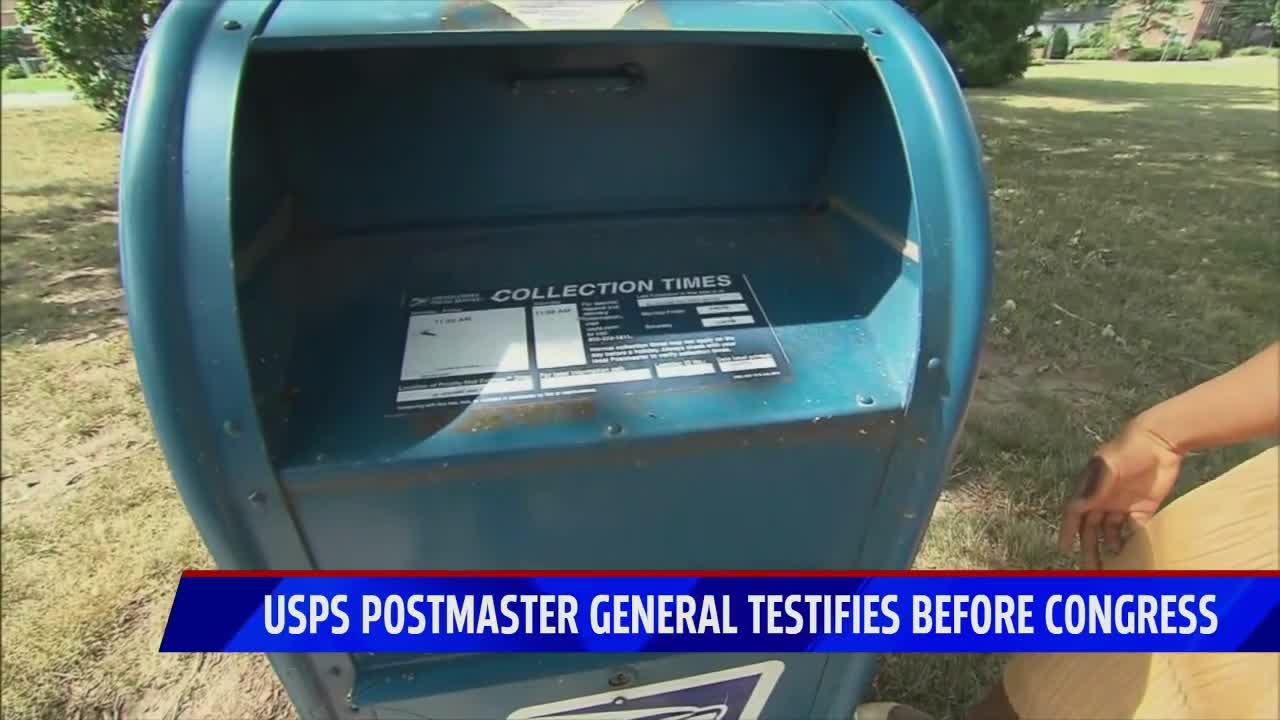 GRAND RAPIDS, Mich. — Testifying before a Senate Homeland Security Committee on Friday, the U.S. Postmaster General assured lawmakers that recent changes to policy would not impact the November election.

With widespread mail-in voting because of the pandemic, some, including President Trump, have argued that the post office’s financial woes may hamper its ability to process ballots on time.

Policy changes – many of which DeJoy claimed Friday were in place before his arrival at the helm if USPS a few months ago – include cuts to overtime and cutbacks on delivery of late-arrival mail.

Other changes included the removal of mail sorting machines from post offices and distribution centers. DeJoy said most of those machines operated at just 35%, and were decommissioned as the USPS faces a 13% drop in mail volume amidst the pandemic. By contrast, package volume has risen.

“We really are moving these machines out to make room to process packages,” said DeJoy when questioned about it Friday, before admitting he didn’t know the machines were being removed until media reports. “I had no idea that that was a process. I was made aware when everybody else was made aware.”

DeJoy, a businessman and Republican donor, said he had no dealings with the White House about any USPS policies.

“I have never spoken to the President about the Postal Service other than to congratulate me when I accepted the position,” said DeJoy.

He also denied any policy changes were made to impact the November election, calling such accusations “outrageous” claims.

“We are very committed – the board is committed the postal workers are committed, the union leadership is committed – to having a successful election and the insinuation is quite frankly outrageous.”

DeJoy also supported vote-by-mail, breaking from the president who has recently pushed unfounded claims that it would lead to voting fraud.