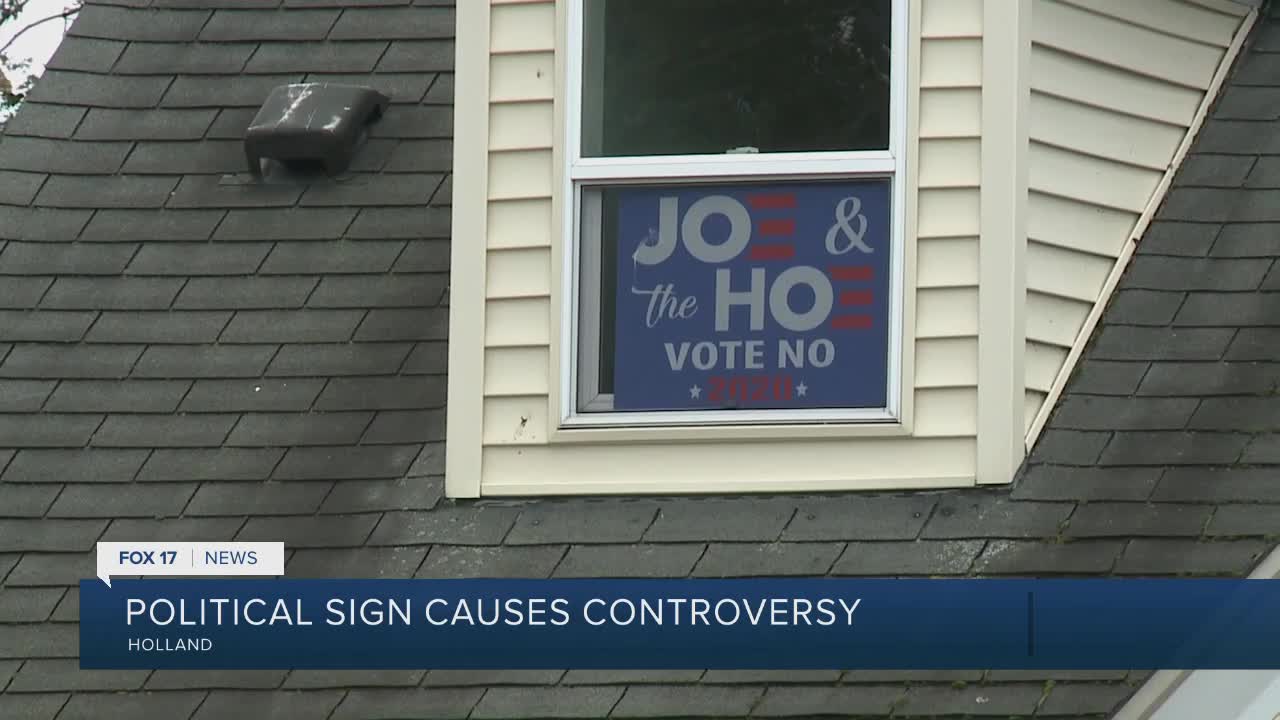 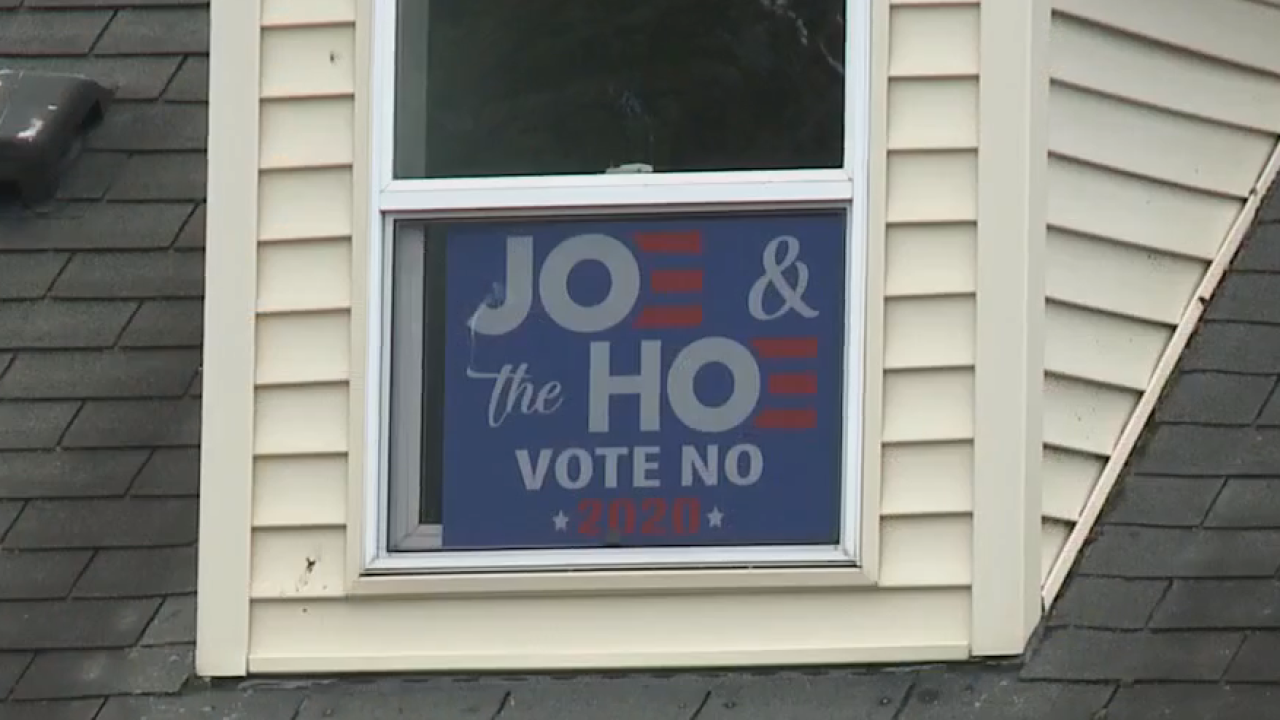 HOLLAND, Mich. — A sign calling vice presidential nominee Kamala Harris a derogatory term used for women is causing controversy on both sides of the aisle after being spotted at a home in West Michigan.

FOX 17 has had several viewers reach out in the past few days about the sign, initially placed in the front yard of a home on 32nd Street in Holland. As of Tuesday afternoon it was gone from the yard and hanging visible in an upstairs bedroom window.

The sign looks like a typical political yard sign but reads "Joe and the Hoe Vote No 2020." Of course, "hoe" being a derogatory term used for women.

"Many of my Republican friends are as upset with this, as the democrats are.”

According to online property records, the house displaying the sign belongs to Doug Smith, who owns Smitty's Truck Wash in Hudsonville.

FOX 17 knocked on Smith's door but got no response. An attempt to reach him at Smitty's was also unsuccesful, with the person answering the phone saying that smith "has no comment in regards to the sign," saying that it has no correlation to their business.

Chairperson Nagy said, “it is simply unfortunate that if you can't argue your case, you devolve into name calling and extraordinarily rude name calling. So it is upsetting, but it's not surprising.”

While democrats are expectedly against this particular sort of sign, Ottawa County GOP Vice Chair Jim Barry agreed, saying, "derogatory language about any candidate including the President is unacceptable."

This sort of approach to politics has been seen from supporters of the left as well, such as the "Flush the Turd November 3rd" posts going around social media. The concern with this particular sign in Holland is that it paints an unwanted and inaccurate picture of the area to anyone walking or driving by.

“I think that's what makes a lot of Republicans that I know uncomfortable, that because our discourse has become so personal, and filled with such invective, that it's very hard to have any kind of discussion and make things happen in a bipartisan way,” Nagy told FOX 17.

He said that the city has received reports about some political signs, prompting city staff to go out and inspect the signs. Staff found that both their size and locations were proper under the city of Holland's sign ordinance.