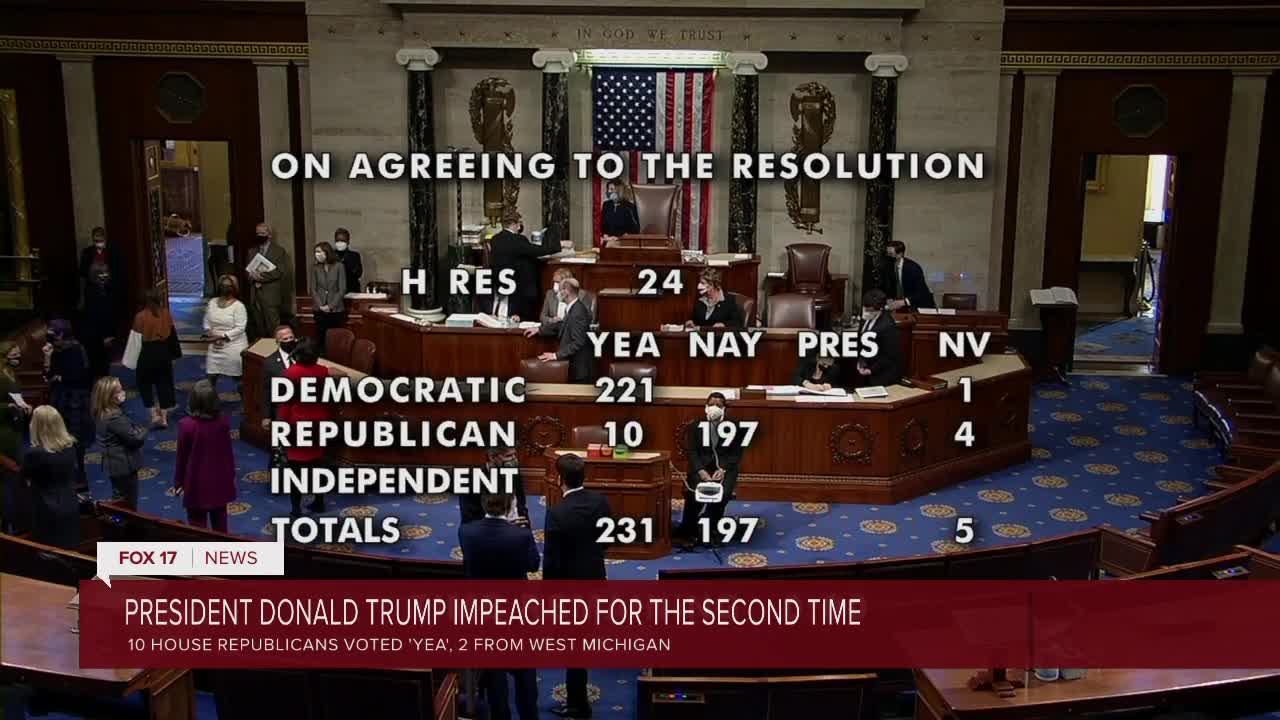 Out of the 10 Republicans that did support impeaching the president, two are from West Michigan. Rep. Fred Upton, R-St. Joseph and Rep. Peter Meijer, R-Grand Rapids both voted “yea.” 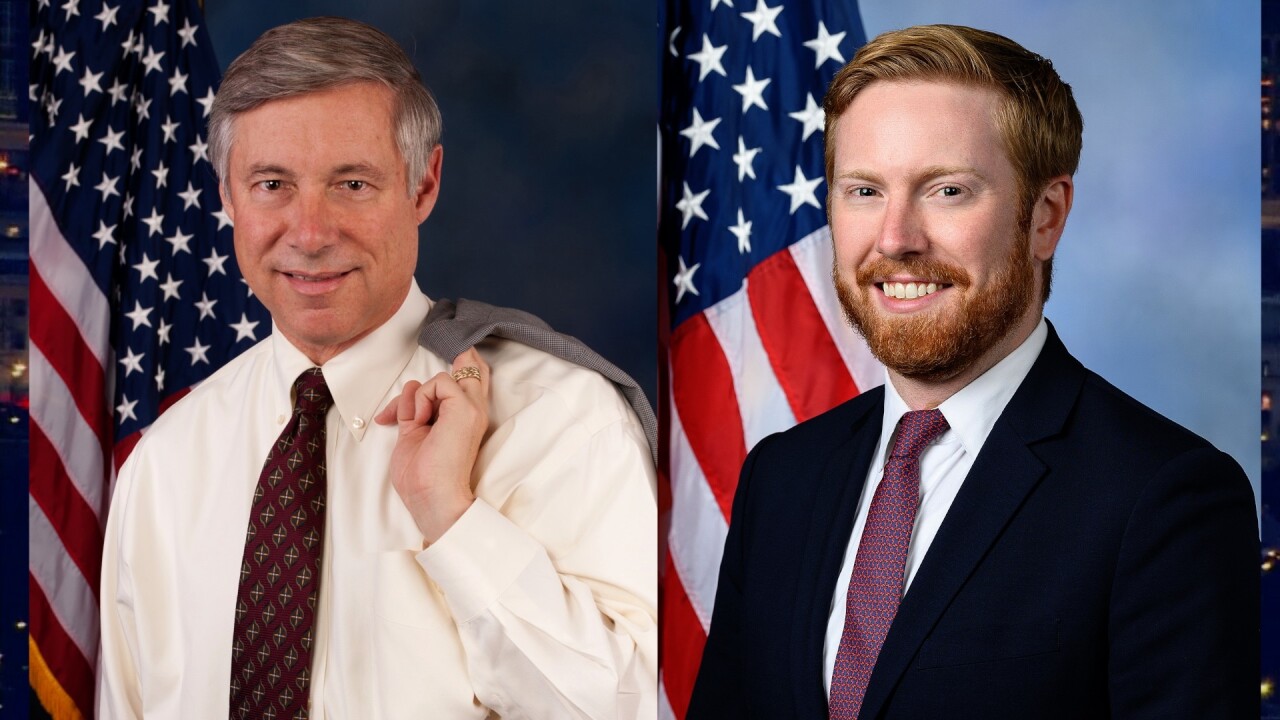 WASHINGTON D.C. — The House of Representatives voted to impeach President Donald Trump for the second time, marking the fourth impeachment of a US president in history. Trump also became the first president to be impeached by the House twice.

The vote came down one week to the day after a pro-Trump mob attacked the Capitol.

A House majority made up of more than 220 Democrats and 10 Republicans voted to impeach President Trump on one count of inciting an insurrection, blaming him for sparking the violence at the Capitol January 6.

“Those who incited an attack on the people's house, do not get to talk about healing and unity,” Rep. Rashida Tlaib, D-Detroit, said on the House floor. "They have torn this country apart. They have stoked the fire and then handed the gasoline to Donald Trump."

Most House Republicans voted against impeachment, arguing the process was rushed and it would only deepen the divide in the country.

"Did I like the president’s speech? No. But does this mean that we’re going to go through the effort to impeach a president seven days before he’s out of office?” Rep. Bill Huizenga, R-Zeeland who voted against impeachment, said.

Out of the 10 Republicans that did support impeaching the president, two are from West Michigan.

The newly-elected Congressman Meijer spoke with FOX 17 after casting his vote, a vote he says was not taken lightly.

“At the end of the day, this was a vote of conscience,” Meijer explained. "I think in the long term we need to work to heal these divisions, but today we need to make sure that leaders are held accountable for their actions."

Meijer says President Trump’s actions during and after the Capitol attack were the ultimate factor in why he voted to impeach. “There was widespread agreement that what the president did was unsatisfactory, that it was a dereliction of his duty or betrayal of his oath of office and worthy of condemnation,” Meijer said.

“The question that some of them had was whether it rose to the level of impeachment and whether or not you know the time was appropriate just seven days into the end of his term, and that's a decision that, again, I respect those who come to different conclusions,” Meijer added. "But at the end of the day, I think that this is a situation, these are actions that deserve strong consequences."

The Senate is not scheduled to meet until a day before the inauguration, so the trial for this article of impeachment isn't likely to begin until Joe Biden is President.