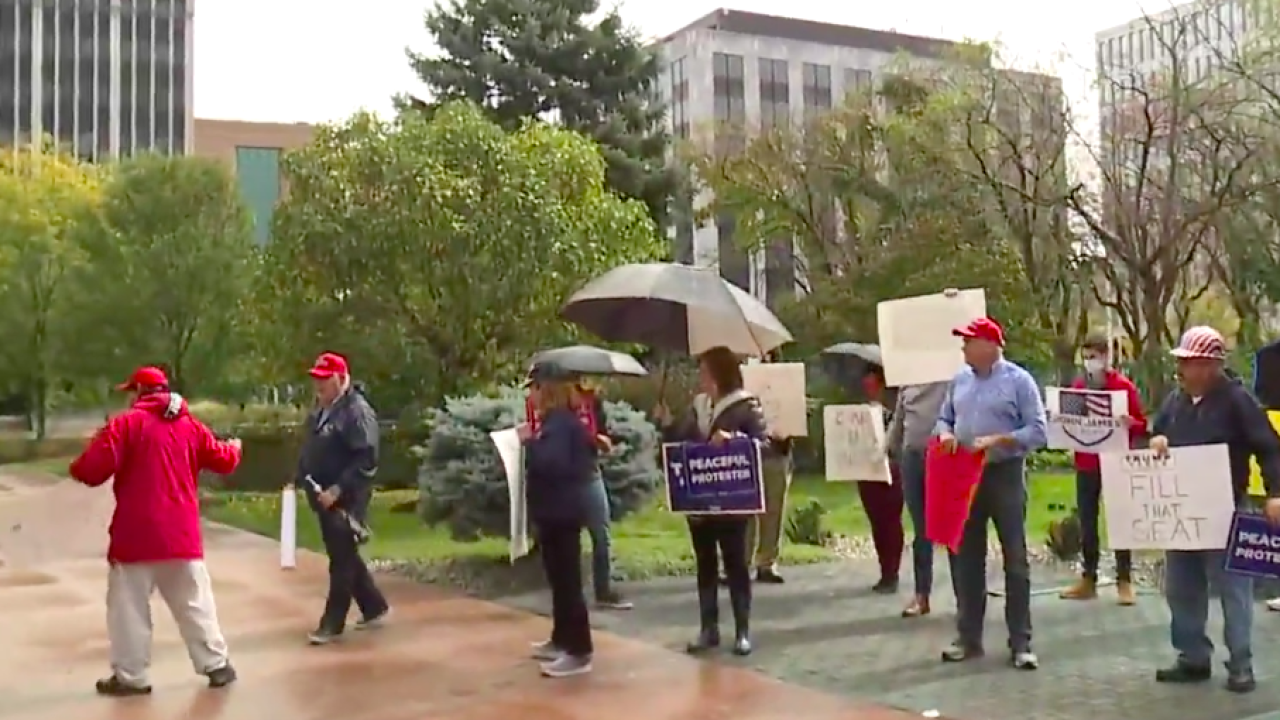 If Barrett is confirmed before the election in November, it would be the fastest confirmation process ever for a Supreme Court seat.

Peters, a Democrat, is unlikely to confirm the conservative judge.

But protestors hope he has a change of heart.

“We are requesting that Sen. Peters be one of those people that supports a fantastic jurist, a fantastic judge, a mom and just a wonderful person to fill that seat and make this happen as soon as possible,” Whiteford said, “because we want to make sure that our voice is heard in the Supreme Court and that we have a balanced response to this.”

Peters’ campaign responded to the protestors with the following statement:

“After hiding his position from Michiganders, John James is making clear he’s 2,000 percent with Trump and McConnell in ramming through a Supreme Court nominee who will overturn the health care law that protects 1.7 million Michiganders with pre-existing conditions.”