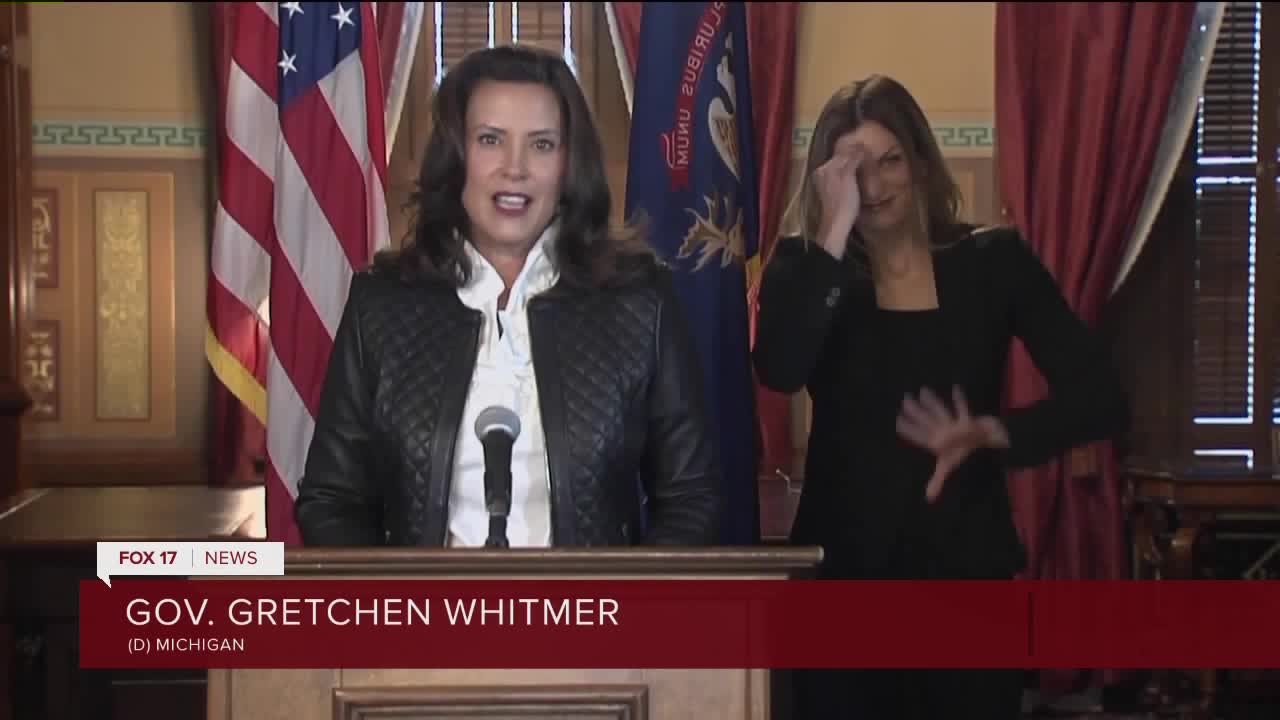 GRAND RAPIDS, Mich. — In a brief press conference Thursday, Governor Gretchen Whitmer addressed a thwarted plot to kidnap her, calling the men charged with planning it ‘sick and depraved.’

“Let me say this loud and clear,” she said, “hatred, bigotry and violence have no place in the great state of Michigan. If you break the law or conspire to commit heinous acts of violence against anyone, we will find you, we will hold you accountable, and we will bring you to justice.”

The plot, which was thwarted Wednesday night after a massive series of raids across Michigan, was allegedly planned by two Michigan militia groups. Some of the suspects are from West Michigan.

Whitmer also laid blame at the feet of the president for intensifying tensions and encouraging militia violent groups.

“Just last week the president of the United States stood before the American people and refused to condemn white supremacy and hate groups like these two Michigan militia groups,” said Whitmer, referencing an apparent call from Donald Trump during the first presidential debate to “stand back and stand by” when asked instead to condemn white supremacy group the Proud Boys.

READ MORE: What you need to know about the Wolverine Watchmen militia