Mom honors her son's memory by paying it forward 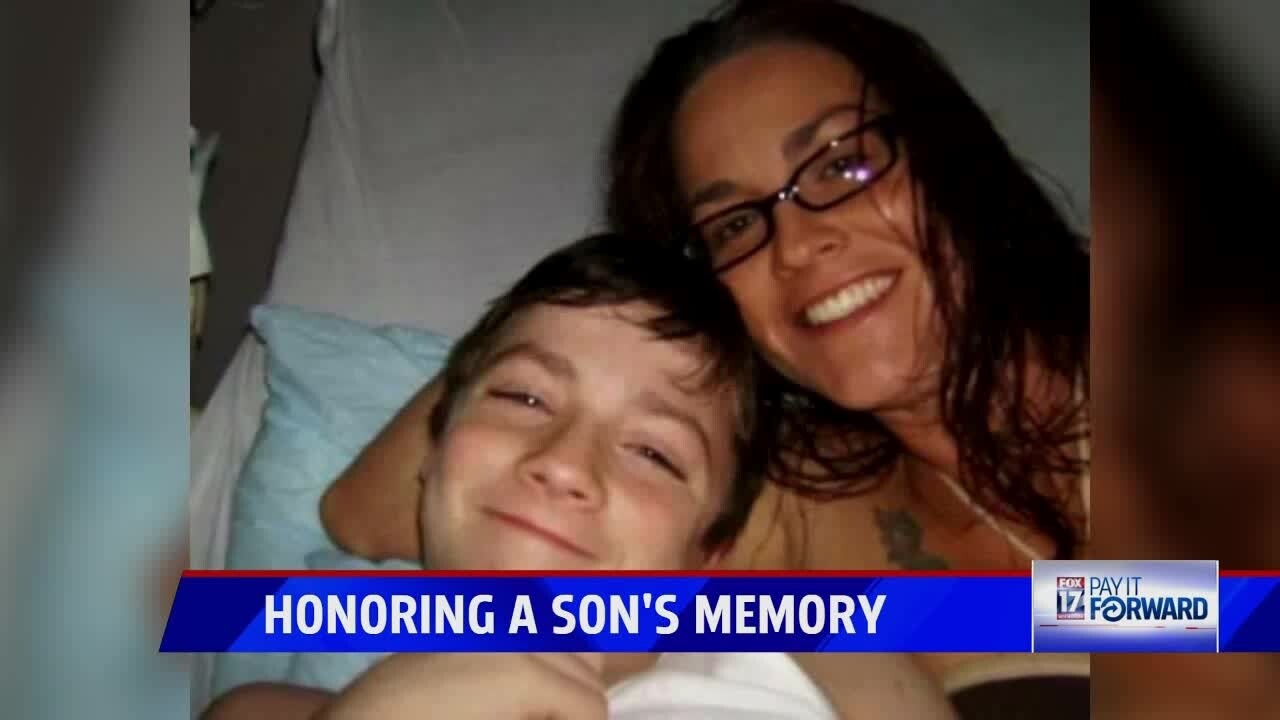 Denise Dominguez is a grief warrior, part of a group no parent ever wants to be in, but one filled with a kind of strength like no other. Denise lost her son, Chance, to cystic fibrosis when he was just 24 years old. It’s a loss no parent should ever have to face, a pain no mother wants to imagine, but Denise is turning her grief into something more as she carries out a promise she made years ago.

“I was with him in hospice, and he was able to tell me all the things he wanted me to do and the things he didn't want me to do,” she said. "He was like, ‘Mom, I know that you're going to be sad ... but ... don’t be sad forever.’ And I said, 'Well, you're not a parent. You don't know.' But I made him a promise that I would continue to live my life because you only have so much time, and there's only so many things you can do. And it gave me a whole new perspective of everything."

Chance would have celebrated his 26th birthday on June 24. ”That's the day where I'm just like, 'I'm going to pay it forward.' Other days of the year too, but that's going to be the real day where I'm just going to go out and smile. And if I cry, it'll be happy tears.”

In Chance's honor, Denise decided to pay it forward to 26 people at $26 at some of Chance’s favorite places like Real Food Cafe, Amore, and Frosty Boy.

“When I went up to pay (at Real Food Cafe) I told the hostess what I wanted to do and she started getting tears. So we paid it forward to 12 people there. And then that night, I went to Amore and there was only five people behind me. So I paid it forward to them.”

Denise said the hostess there told the car behind her what was happening and they started crying, Denise said that’s when it hit her, the impact she was making. She knows that is exactly what Chance would want; to spread joy, love, hope and for his mom, to be happy.

“It's made me feel good, to do something in his memory. To make him proud and get the word out not only about CF, but it made me feel good to just help other people. I think he's proud. This is what he wanted me to do.”

Denise says this is just the beginning. She is working on giving back to Helen DeVos Children’s Hospital. Chance always said they needed more video games and she wants to find a way to get them more. She also said next year, she will do something even bigger for his birthday.