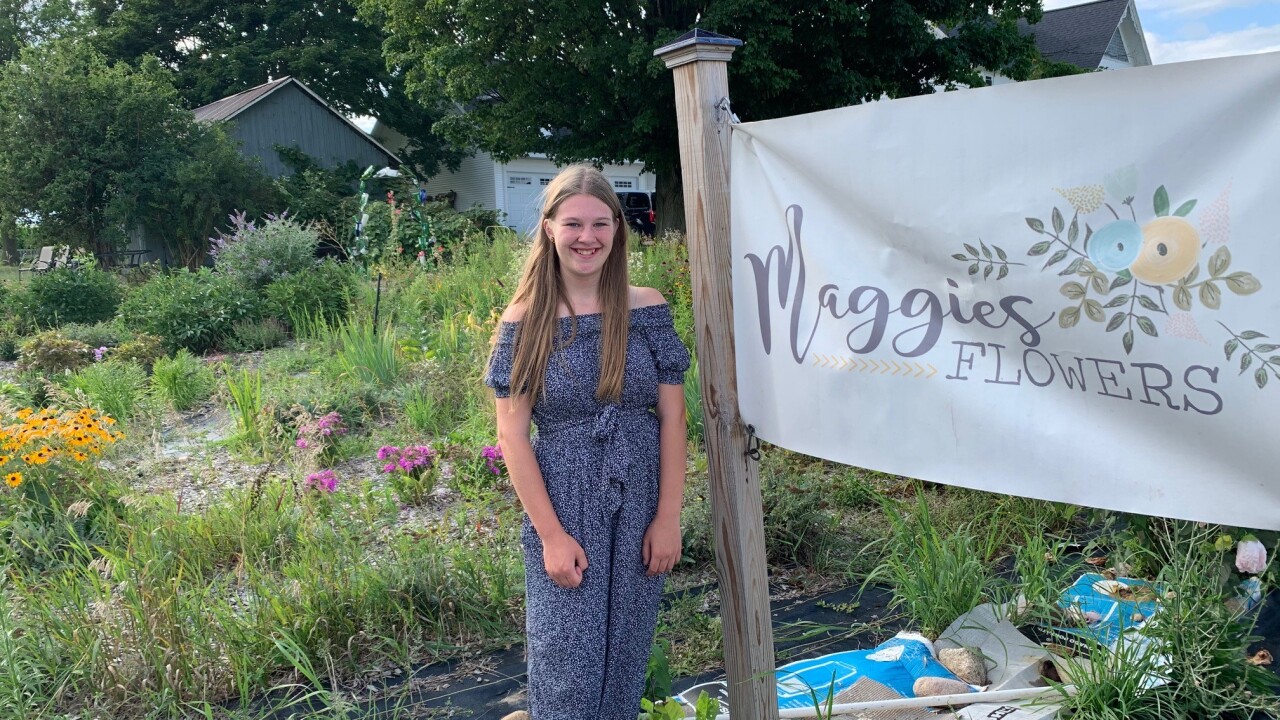 ALLEGAN COUNTY, Mich. — Maggie Hartman has spent a decade selling flowers to raise money for various causes and FOX 17 has learned her efforts to pay it forward continue to blossom.

'Maggie's Flowers' started with a small flower stand outside Hartman's home when she was just five years old. Now, the 15-year-old manages five flower stands around West Michigan, along with several gardens.

Hartman typically uses money from her flower sales to buy Christmas gifts for kids in need every year.

"We just thought who doesn't want Christmas presents?" said Hartman. "Last year we helped about 300 people and gave away 500 gifts, hopefully we'll be able to do more this year."

The Zeeland West sophomore has already been busy shopping for gifts this summer, when a new need sprung up. Hartman was talking with members of her community Monday when she was struck by what one woman said.

"She was talking about how the school [Venture Academy] needs some hotspots and some other things because their funding was completely cut," explained Hartman. "I just thought, I could do something... each hotspot for a month is $30 dollars, and so I just thought, I can make $30 dollar bouquets, put them on the stands as kind of a fundraiser to help them out."

Hartman is hoping people will buy a beautiful bouquet to brighten their day, while also helping students at Venture Academy in Zeeland get those hospots for internet access.

Her goal is to sell 36 bouquets by September 1st.

"I've been really really blessed to have supportive parents, that have worked also and are able to afford wi-fi," Hartman told FOX 17 News. "I know it's not the case for a lot of them... it's really important that everybody has the same opportunities and chances, and I think the hotspots would really make that possible for them."

Hartman has flower stands at the following locations: