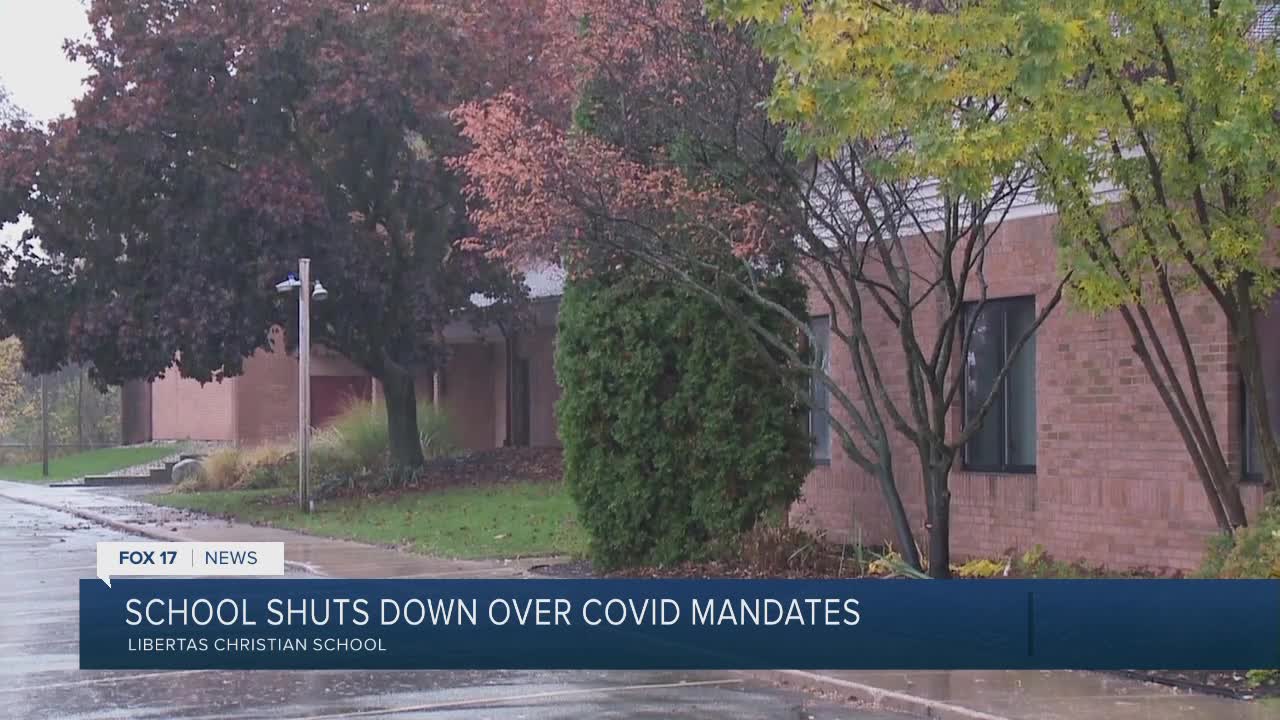 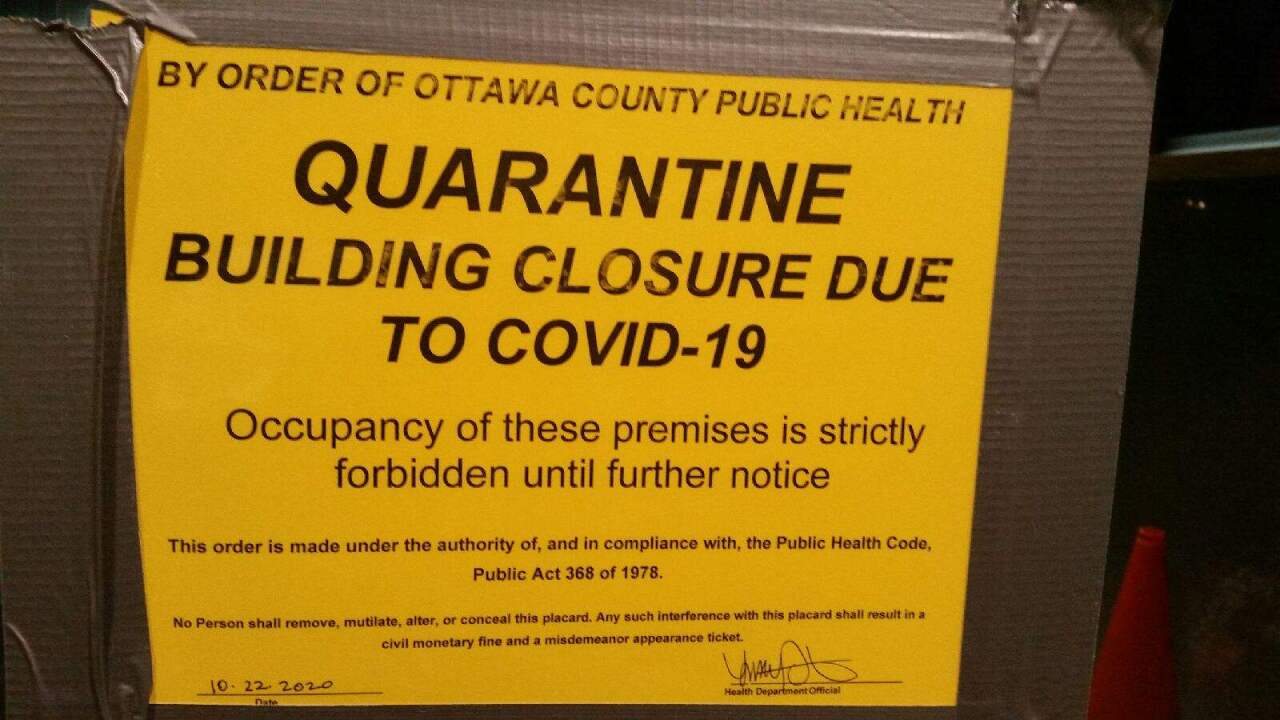 HUDSONVILLE, Mich. — After receiving several cease and desist orders from the county health department Libertas Christian School filed suit, and on Thursday the school was officially shut down.

The health department said in a press release Friday morning that the school is witnessing an “ongoing outbreak” of COVID-19. They say the department has made a number of attempts to help the school curb the spread of the virus in the last few weeks, adding that the school refuses to enforce social distancing and mask requirements as outlined by the Michigan Department of Health and Human Services.

But FOX 17 spoke to the school's attorney Friday afternoon, who said the school has not had a single student test positive for the virus.

“I don't mean to give you a false sense of urgency. But at the same time, these 250 healthy kids and their parents have now just been scattered," attorney Ian Northon told FOX 17.

According to Libertas, there have been 2 faculty members who at one time tested positive but have since recovered and been cleared by their doctors to return to work.

The OCDPH also says the school has not properly disclosed information regarding those who may have been exposed to COVID-19.

As staff, students and parents gathered inside the school Thursday evening for a potluck, county health officials plastered doors and windows with yellow signs that read QUARANTINE BUILDING CLOSURE DUE TO COVID-19.

“We had numerous fearful individuals reach out to us concerned about health and safety in an environment that was not working to protect them,” said Lisa Stefanovsky, an administrative health officer at OCDPH.

It's a situation that the school's attorney saus started last Thursday when the school received a cease and desist order from the county health department.

“They were certainly concerned, especially since the first words out of the county's mouth were 'we had an anonymous complaint, we heard you're still having chapel'," Northon said.

Northon said he began a dialogue with the county's legal counsel, trying to reach a compromise.

“We were unable to reach an agreement with the county's attorney, so we filed suit on Sunday night," he said.

"And that set off a firestorm.”

The lawsuit, filed Sunday against county and state health officials, as well as the Governor and Attorney General, asks the court for an order that would stop the county from enforcing the cease and desist letters.

"Beginning late Sunday night, the county was calling a teacher and demanding that she turned over the list of her second grade students, and they were threatening her with imprisonment,” Northon said.

According to Northon, the court had asked the county to respond to the lawsuit in court before moving ahead with other sanctions outside of court.

Northon saying the judge in the case "gave the county a chance to respond. And instead of responding through the courts, like the judge ordered, they issued another order.”

So on Friday Northon filed a motion alerting the court to the county's actions on Thursday night, also asking for the county to be held in contempt for what he sees as a violation of the court's orders.

“And we've asked it to give us an injunction to stop the county from continuing to do these very aggressive, aggressive acts.”

"These are opportunities that are missed and don't come back for young kids whose window for learning and development is quite small.”

Northon said they look forward to getting the case back in front of a judge, and are hopeful that some form of compromise can be reached.

Marcia Mansaray, deputy health administrator for the Ottawa County Department of Public Health, said in a statement Friday morning, “It is my responsibility — in my capacity as a public health official — to help people in our community remain as safe as possible during a pandemic using the best information we currently have available about our common opponent the novel coronavirus.”

Libertas Christian School does maintain a page on their website with current covid case numbers.