Still no cause for mass pilot whale stranding in Australia 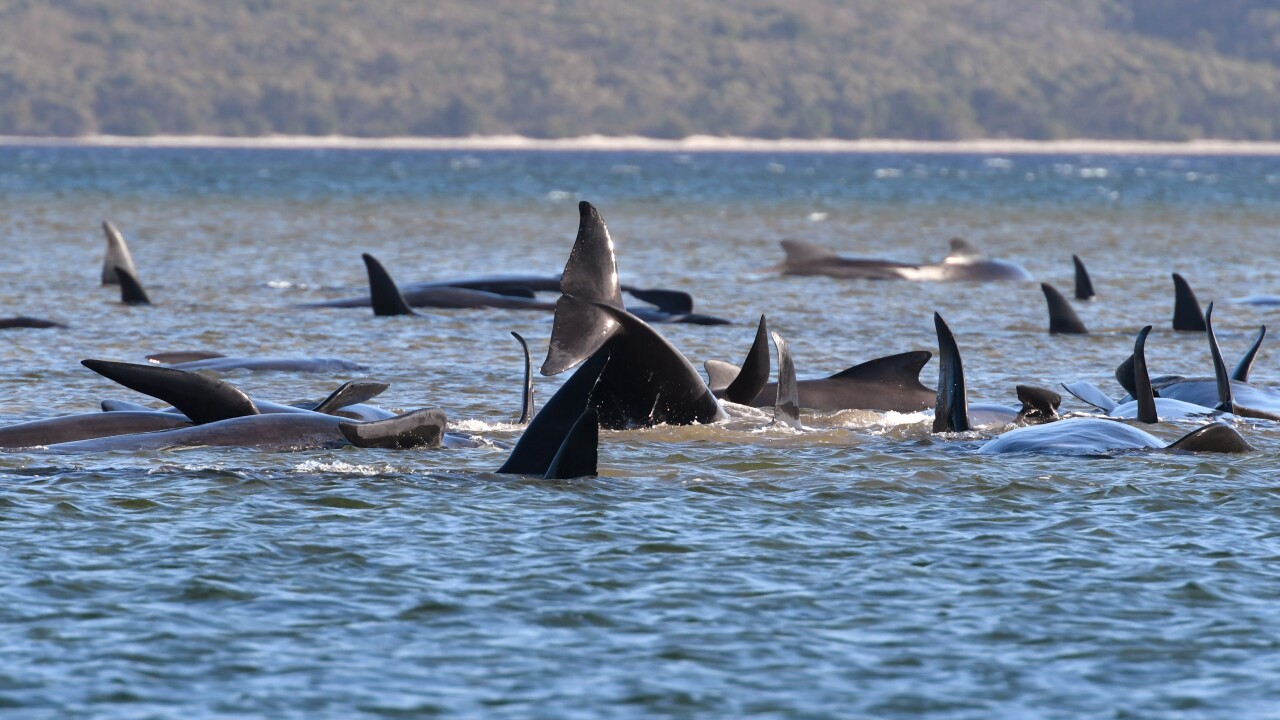 HOBART, Australia — The reason for Australia’s biggest mass whale stranding will probably remain a mystery but the social nature of the species involved may have played a part.

Officials say 108 of some 470 long-finned pilot whales have been rescued from sandbars at Macquarie Harbour on Tasmania’s west coast.

The Parks and Wildlife Service says there are no living whales remaining in the harbor.

The pod got into trouble earlier this week, with efforts now turning to the task of disposing 350 carcasses at sea, which the wildlife service says will take days.

David Hocking, a marine mammal scientist, says pilot whales form strong family bonds and if one gets in trouble, they put out a distress call and come together as a group.