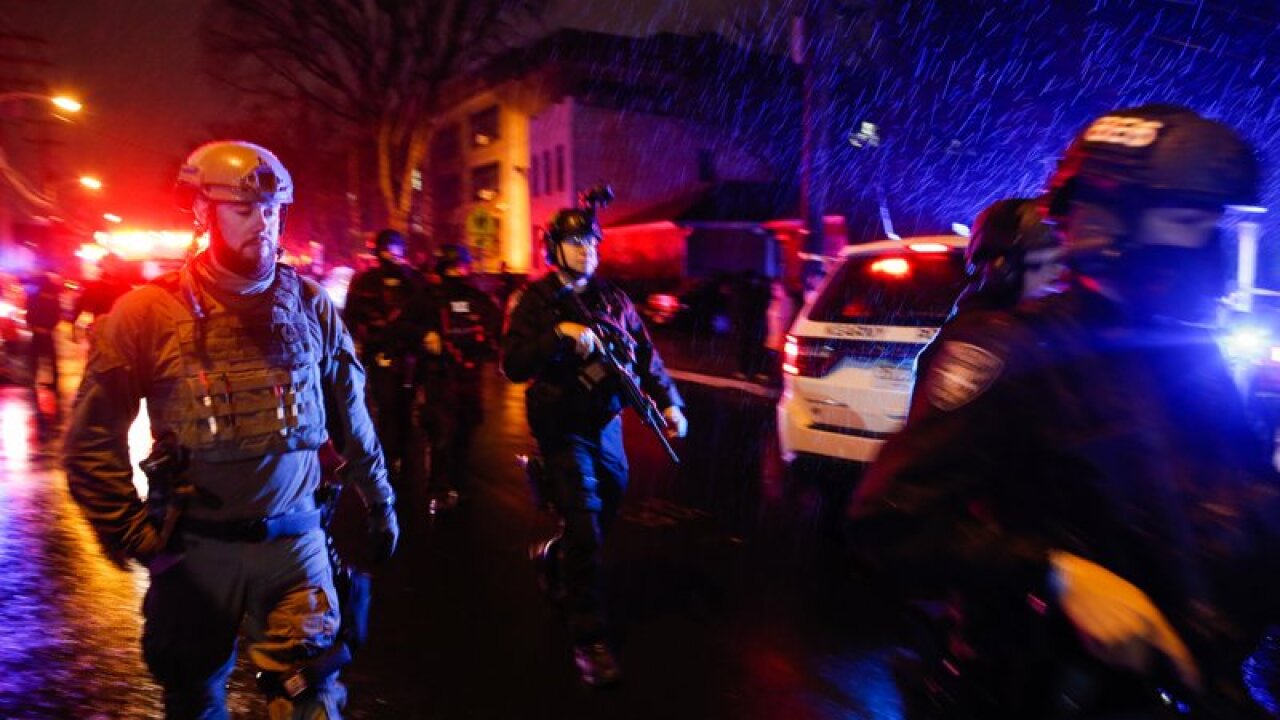 Mayor Steven Fulop isn’t calling Tuesday’s shooting an anti-Semitic attack. But he said Wednesday that surveillance video shows the gunmen got out of their van at a kosher grocery store after bypassing other buildings on the way.

A police officer, three bystanders and two suspects all died in the violence.

The officer who was killed was credited for having led the department in the amount of illegal guns removed from the streets recently and may have been trying to stop an incident involving them when he was killed.

After shooting him around 12:30 p.m., the gunmen took a stolen rental van to another part of the city and engaged in a lengthy shootout with police.

When officers arrived to the area of the kosher store, they were "immediately engaged by high-power rifle fire."

Once officers made it inside the store, they found the bodies of who they believed were the two gunmen and three other people who happened to be there when the assailants came inside, authorities said.