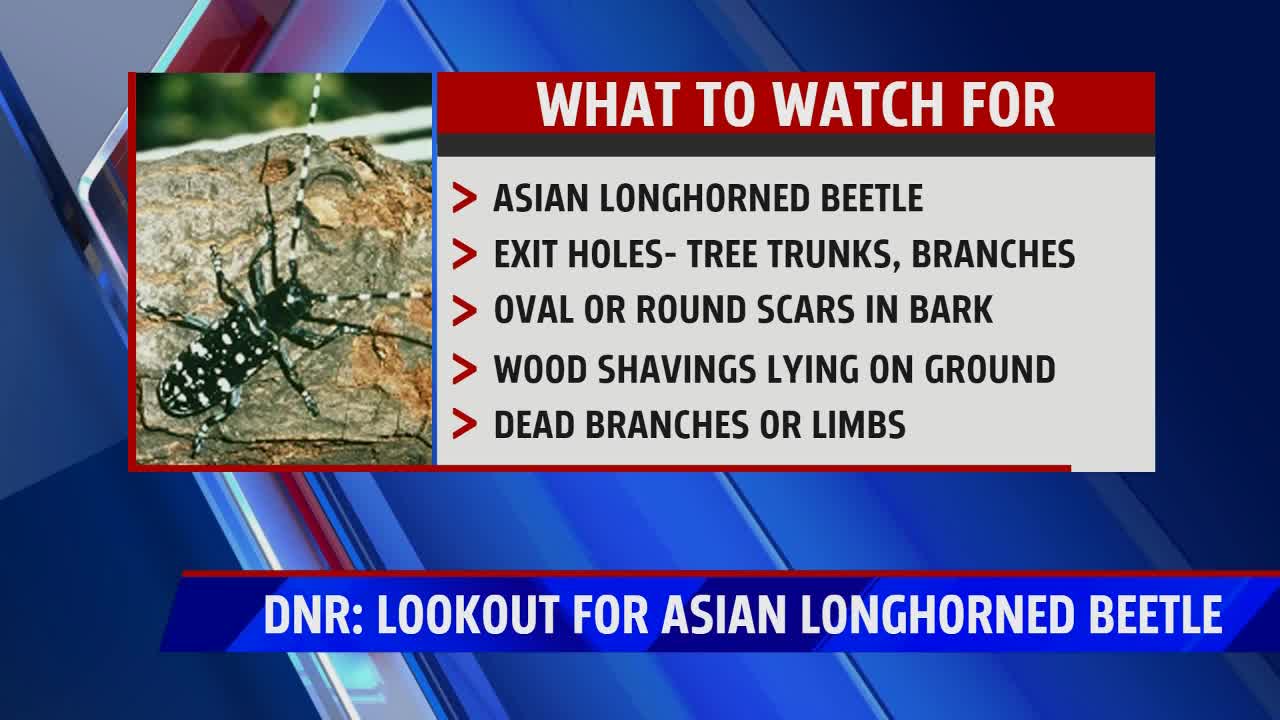 MICHIGAN — The DNR says to be on the lookout for the Asian longhorned beetle while enjoying the outdoors.

They want people to look for and report any signs of this invasive species that’s not native to Michigan.

“ALB likely arrived hidden in untreated wood packaging material like pallets and crates from China or Korea, before we had international standards for treating this material to prevent the spread of insects,” said USDA’s Asian longhorned beetle national policy manager Paul Chaloux. “The beetle feeds on numerous hardwood species, especially maple, but also ash, birch, elm, poplar and willow, among others.”

The beetle was first spotted in New York in 1996. Officals say it was found in 20 locations in six states including New Jersey, Massachusetts, Illinois, Ohio and South Carolina.

“Public participation is the key to early detection,” said Rob Miller, invasive species prevention and response specialist with the Michigan Department of Agriculture and Rural Development. “Every known infestation of Asian longhorned beetle in the U.S. was discovered and reported by a member of the public who knew what to look for and how to report it.”