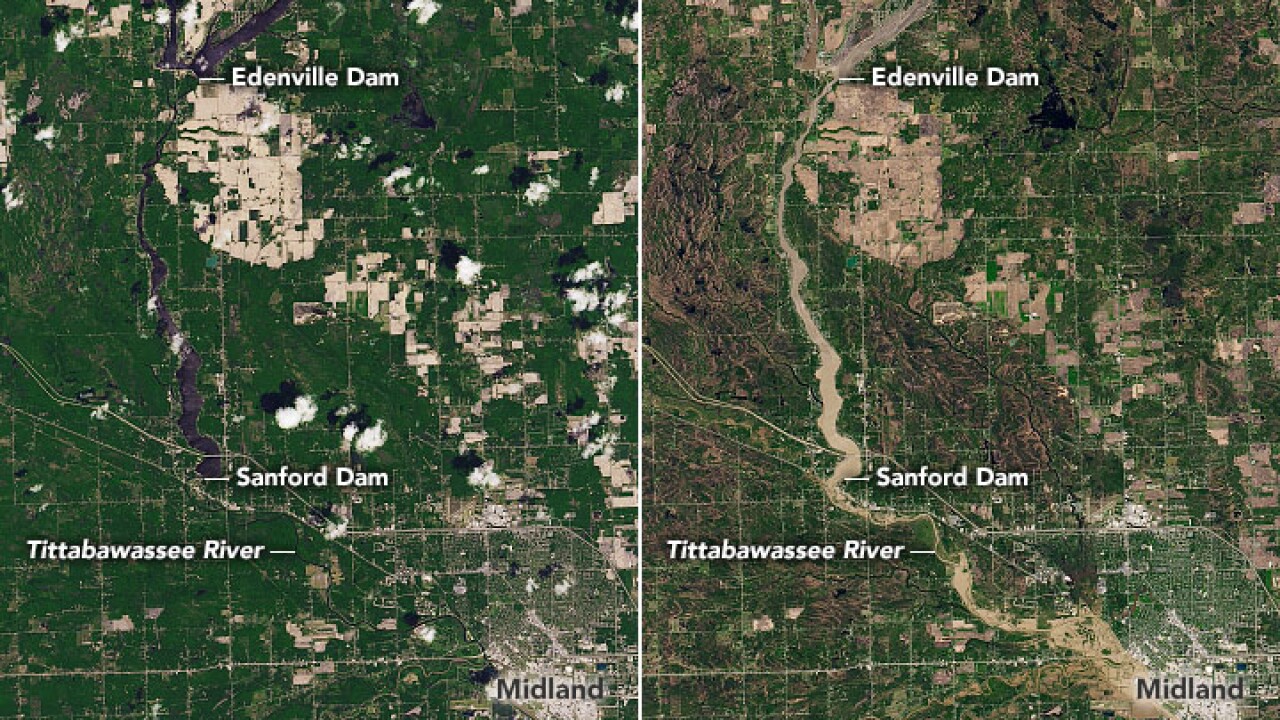 Photos released by NASA show the catastrophic flooding in mid-Michigan after the failure of the Edenville Dam.

The flooding forced 10,000 people to evacuate the area along the Tittabawassee River and forced a state of emergency in the area.

At one point, nearly 374,000 gallons were rushing over the dam per second, which is enough to fill an Olympic-sized swimming pool in less than two seconds.