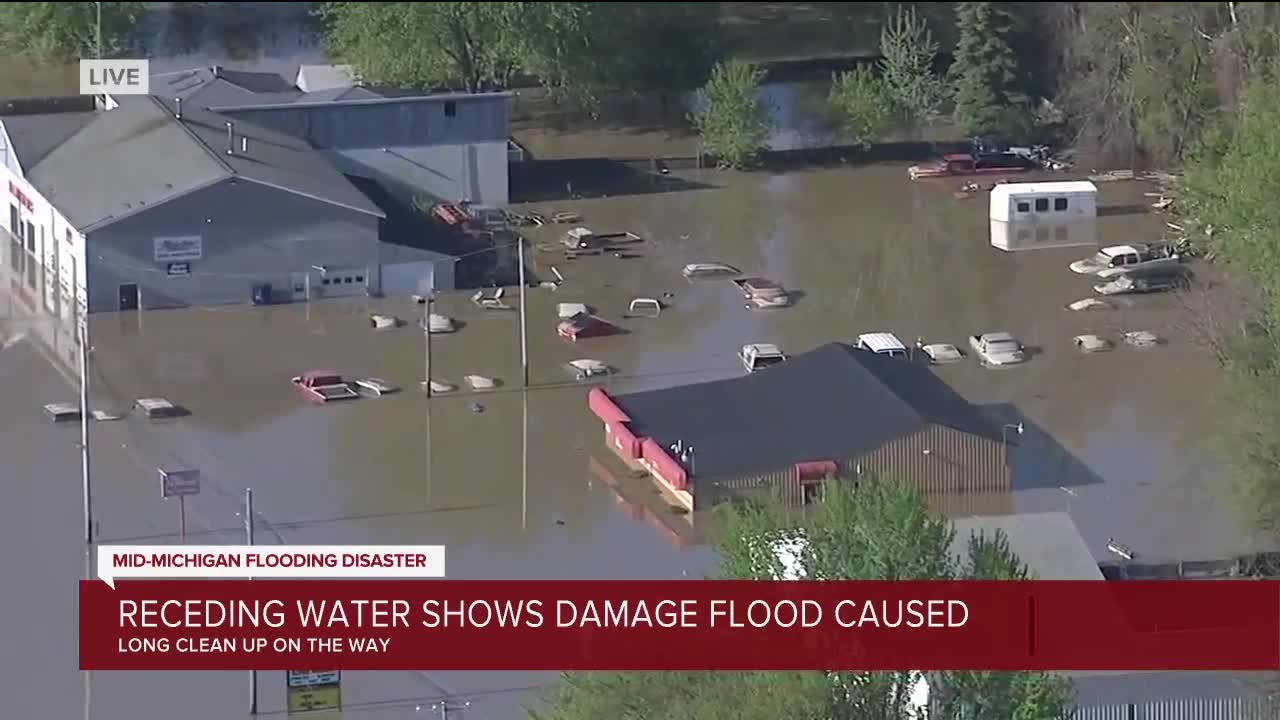 While the water levels continue to go down in Mid-Michigan Friday morning after this week’s historic flooding, the clean-up has only just begun.

Some good news for the thousands of evacuees in Central Michigan — displaced after the failure of the Sanford and Edenville dams earlier this week.

“The federal relief is going to be a big deal, because a lot of insurance companies are telling people they won’t cover repairs," said Lisa Wade.

Lisa Wade from Midland is also feeling for the people in Sanford and Edenville. People like Lisa Dunplap, whose worst fears were realized Thursday when she went back to the place her home used to stand.

“It’s heart-wrenching. This was me and my husband’s first home we bought a year ago," said Dunlap.

MID-MICHIGAN FLOODING: This photo from Lisa Dunlap in Sanford shows just how devastating these dam failures have been. Yesterday, she told me she was afraid her home may be gone. Later that day, she and husband's worst fears were confirmed @wxyzdetroit pic.twitter.com/f53TCQqBRI

“We’ve already reached out to FEMA. Different agencies will also be all hands on deck helping us," said Moolenaar.

President Trump, while in Michigan Thursday did not see devastation here for himself. But may tour the flood zone later on.

“He expressed interest in coming right away, but with the trip to Detroit and Ford plant it didn’t work out today, but I’m hopeful he’d come on a different occasion," Moolenaar said.

“You don’t get the same affect unless you’re here. It’s pictures on a TV. You don’t understand the devastation that’s here," said Patricia.

Governor Whitmer spoke on CNN Thursday night about the federal aid and where these communities stand now after what local officials are calling a 500-year flood.