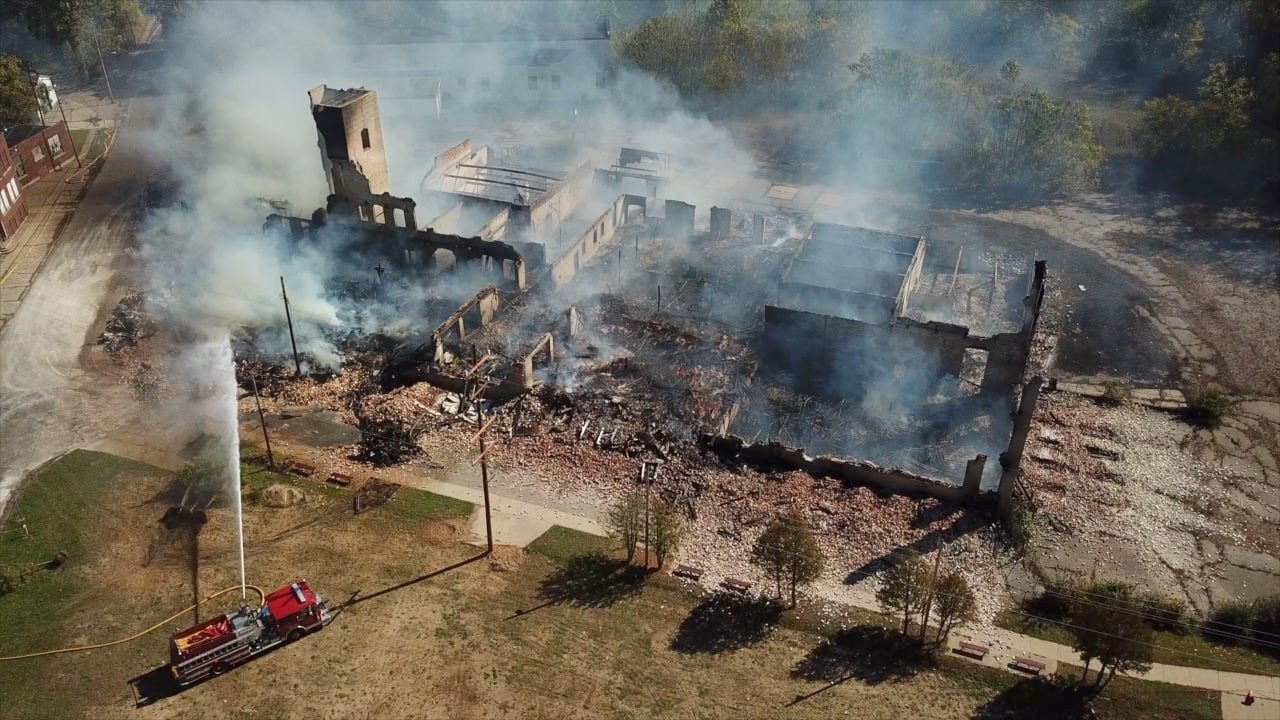 Jason Walsh/FOX 17
A birds eye view of the old Hastings manufacturing building after fire crews were able to distinguish it after three to four hours. 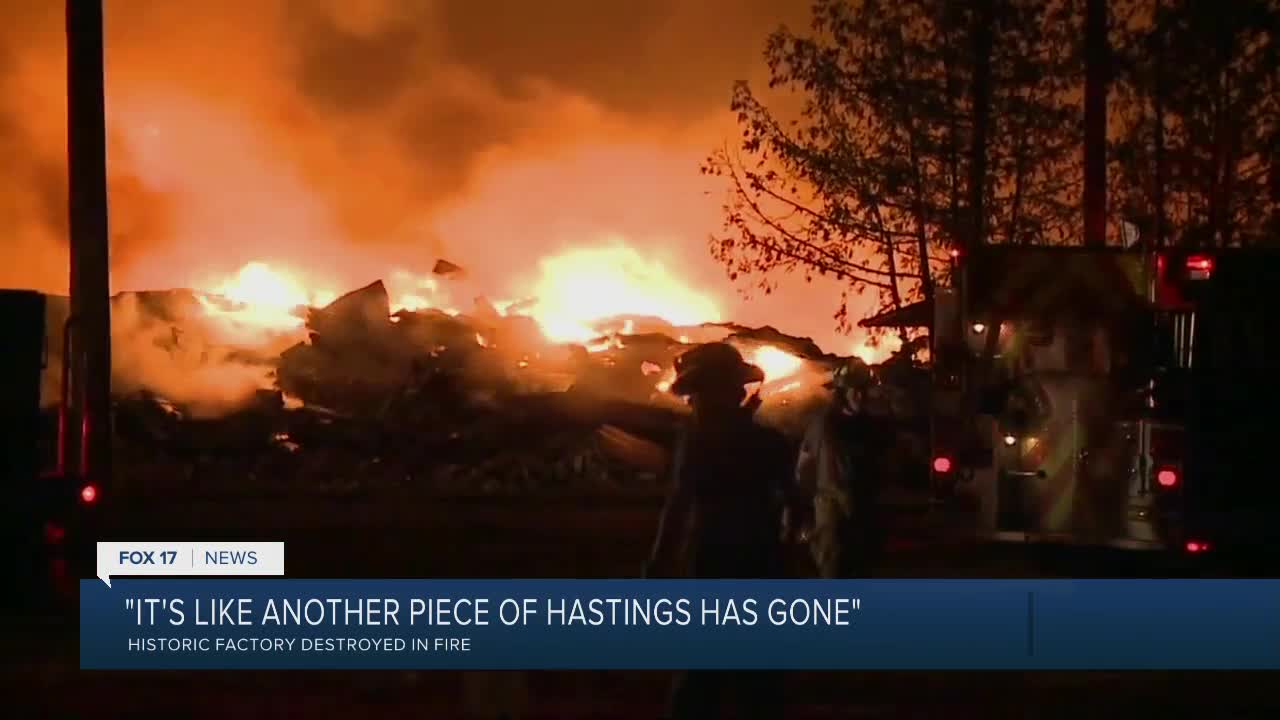 HASTINGS, Mich. — There's only a few standing parts left of a more than 100-year-old factory in Hastings after a fire early Wednesday morning.

The building, formerly known as the "Royal Coach" building is a total loss, but authorities said no one was hurt.

Fire crews finally left the scene around 1:30 p.m. even though smoke was still billowing and the fire was still smoldering, but they said there wasn't much more they could do.

Between closed roads and caution tape, longtime resident Deana Amalio watched from a distance as a piece of her city's history lit up the sky.

"We had dear family friends that worked in the office there. My brother worked there at one time. I never worked there per say but pretty much everyone in Hastings that’s here has been there," said Amalio.

"It was utilized as storage for Hastings manufacturing. Prior to that, it was the Royal Coach building. It goes back to the 1800s as being utilized as a factory," said the City of Hastings City Manager Jerry Czarnecki.

Hastings Fire Department said it received a call about a smoke investigation around 3:30 a.m.

"When I arrived on scene, the south end of the building was fully involved, and it went fast. The wind came up and just pushed it all the way through the building real quick," said Hastings Fire Department Chief Roger Caris.

Chief Caris said it took multiple departments around three to four hours to put the fire out, and while no other buildings were involved, it did cause power outages throughout the area.

"There were 46,000 primary wires which we had to have shut down because the pole was on fire. Consequently it shut everything down in the Hastings area, I think in Nashville, Woodland, Freeport, all over," said Chief Caris.

The fire department said no injuries were reported and there was only minor damage to a fire truck.

After about 10 hours, the fire crews were finally able to clear the scene just leaving one truck behind.

"We’re going to leave the truck sitting there just in case we need to come back and do a watch on it. We have already notified central dispatch. It’s smoking, it’s smoldering and we are not going to deal with that because we can’t put it out but if something flares up real bad, we will come back and extinguish it," said Chief Caris.

Chief Caris said the fire is still under investigation, and a cause has yet to be determined.

The building was most recently being used for storage with a private developer looking to turn it into an apartment building.

The chief said now it's up to that owner to determine what comes next.