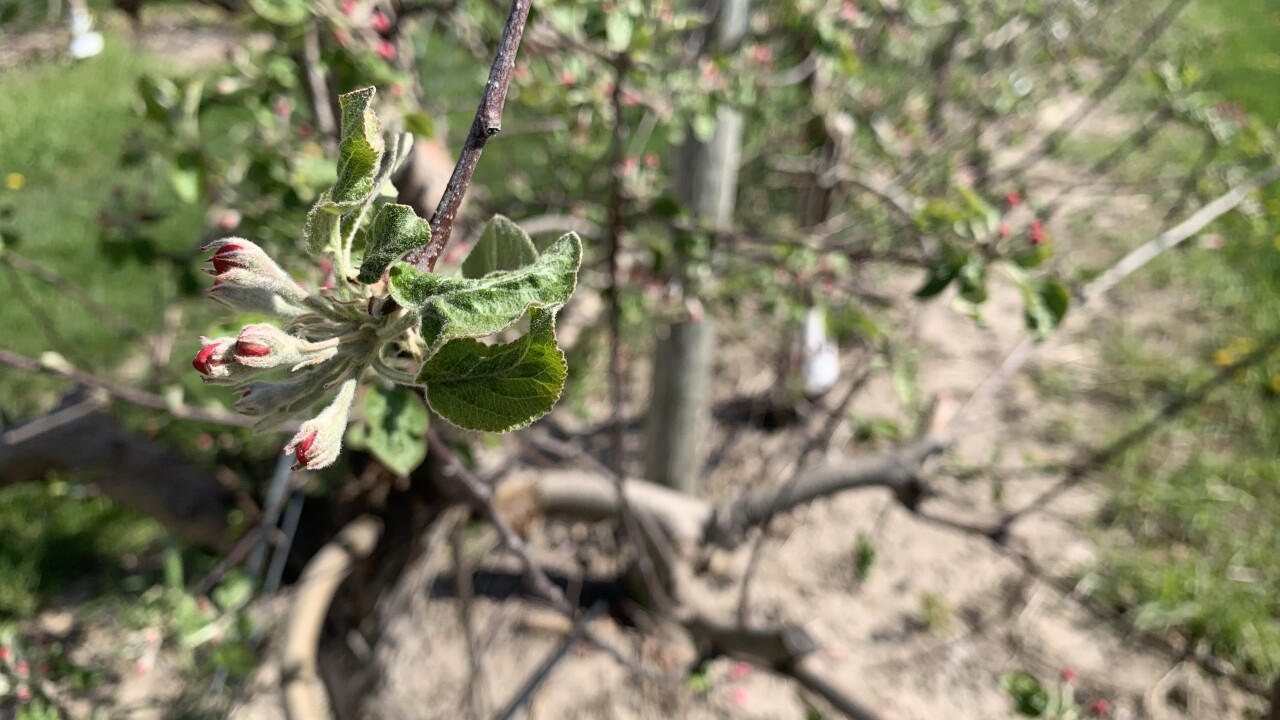 GRAND RAPIDS, Mich. — At Robinette’s Apple Haus and Winery they grow it all.

But Saturday, Robinette spent the day trying to figure out how his business will bloom this summer after a late season blast of arctic air dropped temperatures into the mid-20s overnight Friday.

“We went to 25 degrees,” said Robinette. “There’s definitely going to be damage to the fruit buds.”

Robinette says it’ll be at least two weeks until they can assess the full extent of the damage because that’s when most fruits will be in bloom and ready for pollination.

“If any of them pollinate and grow into fruit, we’ll know it wasn’t that bad,” said Robinette. “But, that’s just something we have to wait for.”

According to Robinette, growers don’t want each flower to turn into a fruit but a freeze like this eliminates some of the flowers that farmers do want to grow.

“You’ve spent your entire winter and spring getting the trees ready, trimming the trees, planting trees, you know doing all that work, and to have it all taken away like that, it’s very frustrating,” said Robinette. “It’s like taking cards out of the deck. How do you win the game if you don’t have all the cards?”

Robinette says weather like this isn’t unprecedented and farmers will adapt even if that means relying on larger farms or adjusting their operations like closing u-pick.

He doesn’t think the impacts of this freeze will be like the ones in 2012 that left Michigan with less than 10 percent of an apple crop, explain growers saw three to four days of low temperatures then whereas this time around it looks like it will just be a one time freeze which should be more manageable for orchards and fruit farms.

“There’s a good chance we will have a crop,” said Robinette. “How much of a crop is the question we’ll have to wait for.”