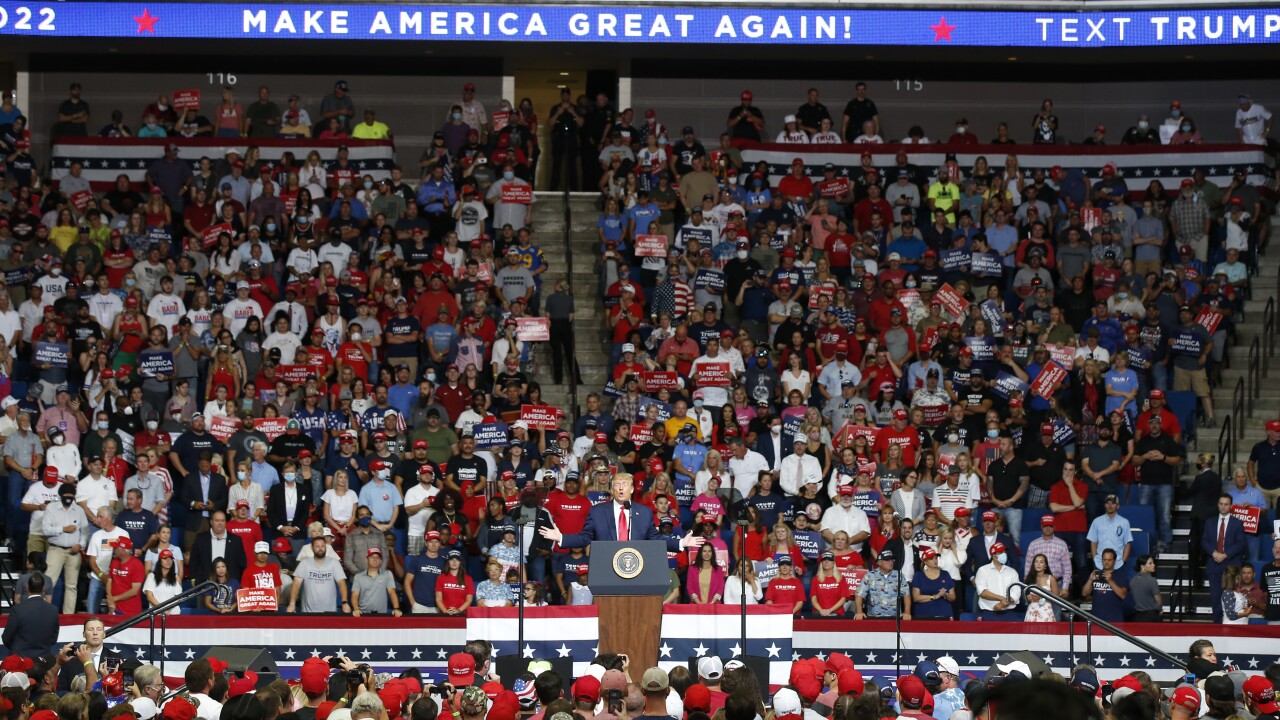 Michigan Gov. Gretchen Whitmer said she would think about blocking President Trump from hosting a rally in the state amid the coronavirus pandemic.

According to the Associated Press, Whitmer "would think very seriously about" trying to block the president from hosting a rally in Michigan if he wanted to.

“We know that congregating without masks, especially at an indoor facility, is the worst thing to do in the midst of a global pandemic,” Whitmer said in an interview before the Oklahoma event, conceding that she wasn’t aware of the specific legal tools she had available to block a prospective Trump rally. “I just know we have limitations on the number of people that can gather and that we’re taking this seriously.”

.@oaklandu Political Science Prof. David Dulio weighs-in on how efforts to stop a Trump rally in Michigan would be interpreted. We're live on @wxyzdetroit starting at 5 a.m. pic.twitter.com/WsyA2RO6jX

It comes on the heels of the president's rally in Tulsa over the weekend. A majority of people at the rally were not social distance and weren't wearing masks.

Most of the state is in phase 4 of the MI Safe Start Plan, while the Traverse City area and Upper Peninsula are in phase 5. Whitmer said she hopes to move the rest of the state into phase 5 by the Fourth of July.