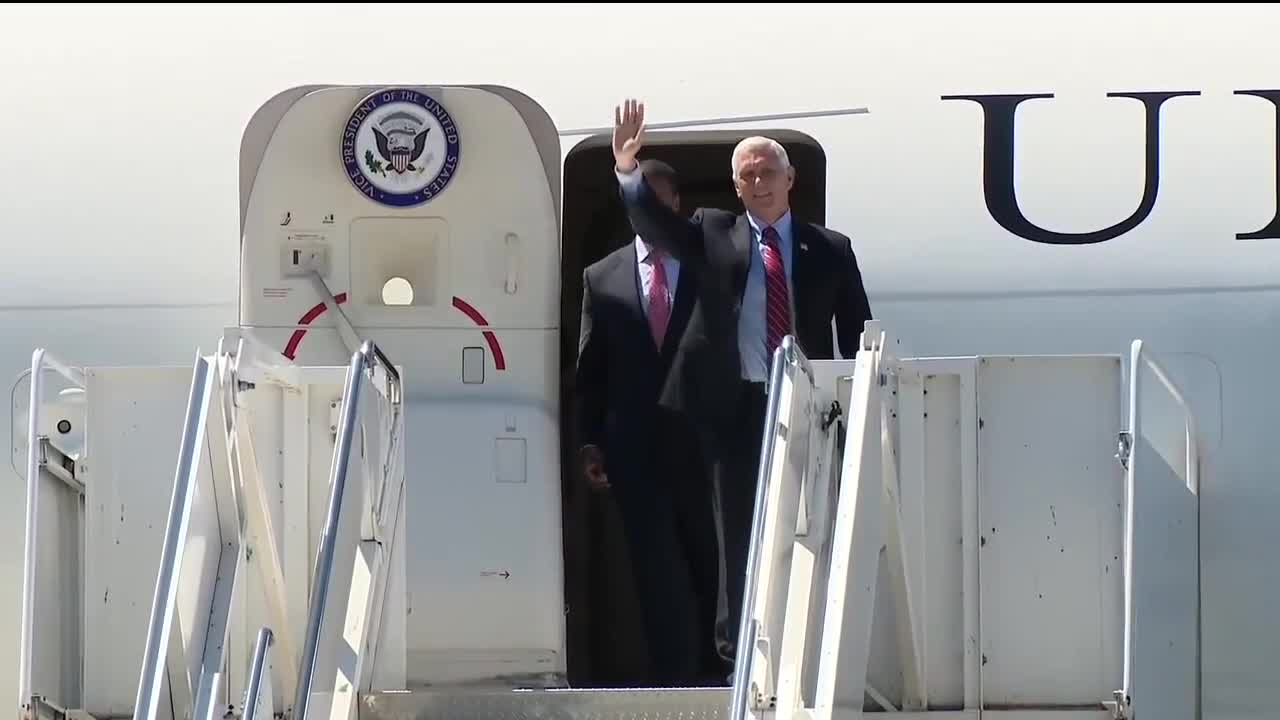 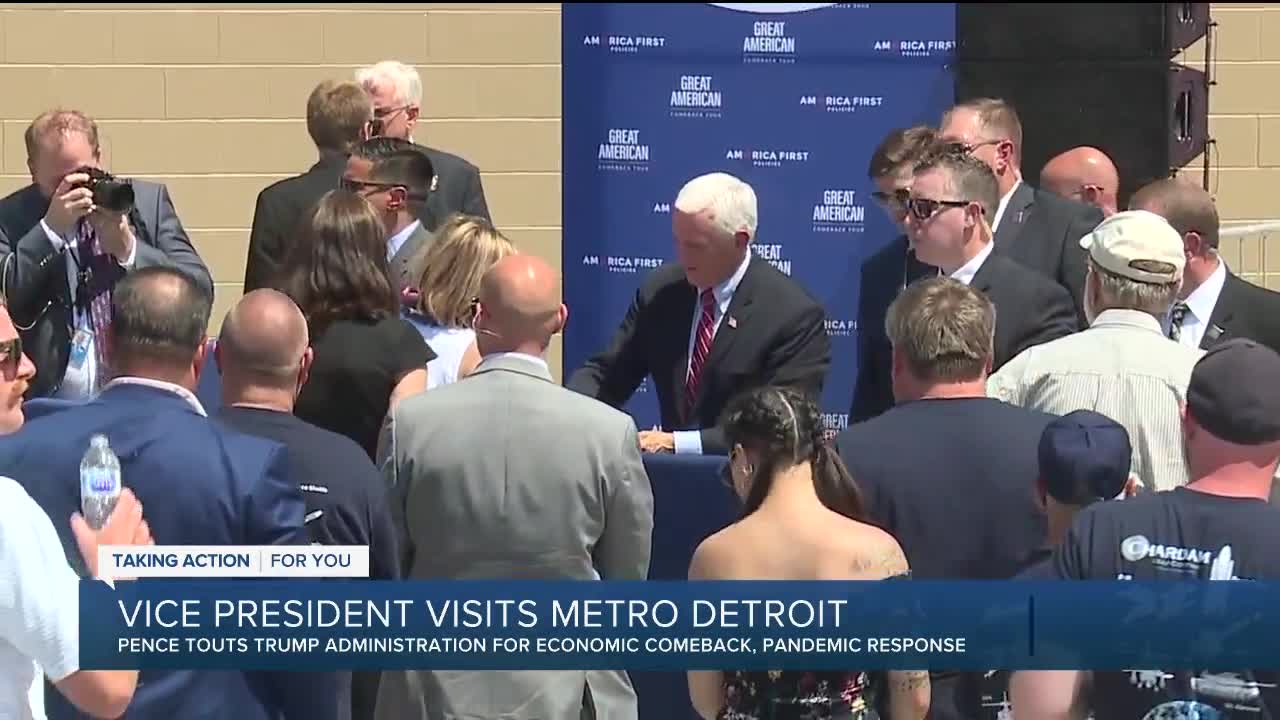 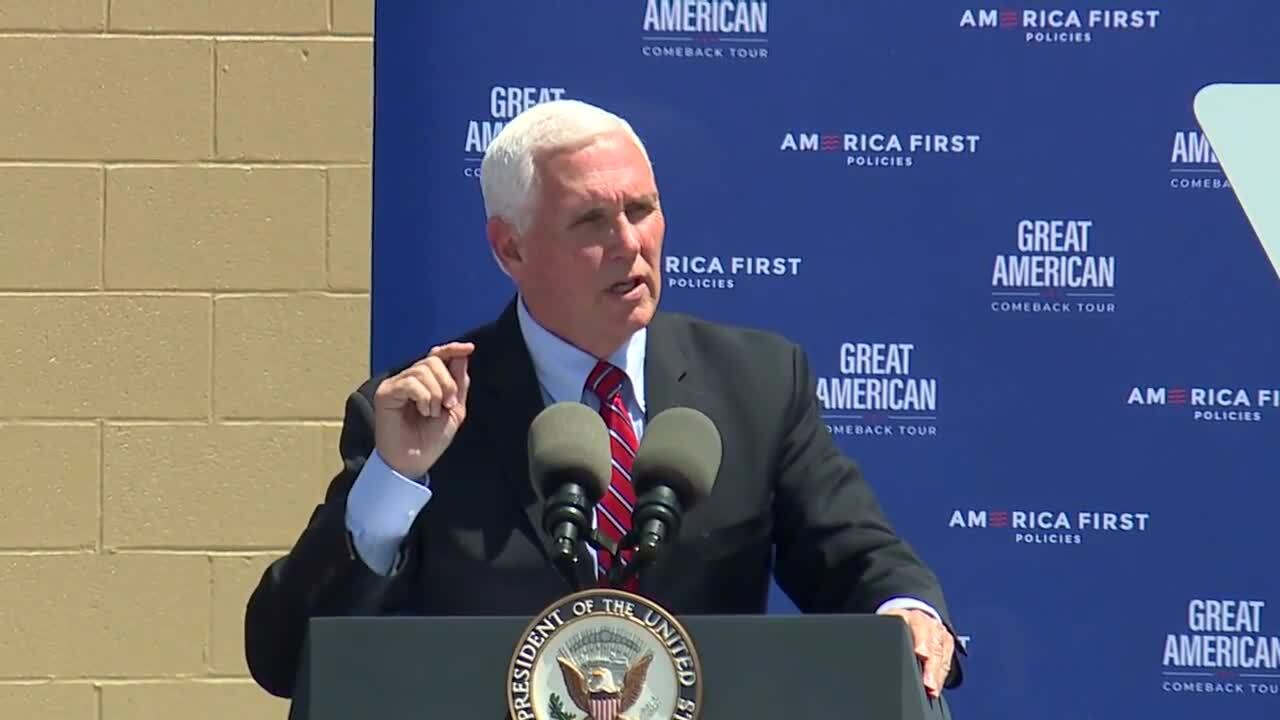 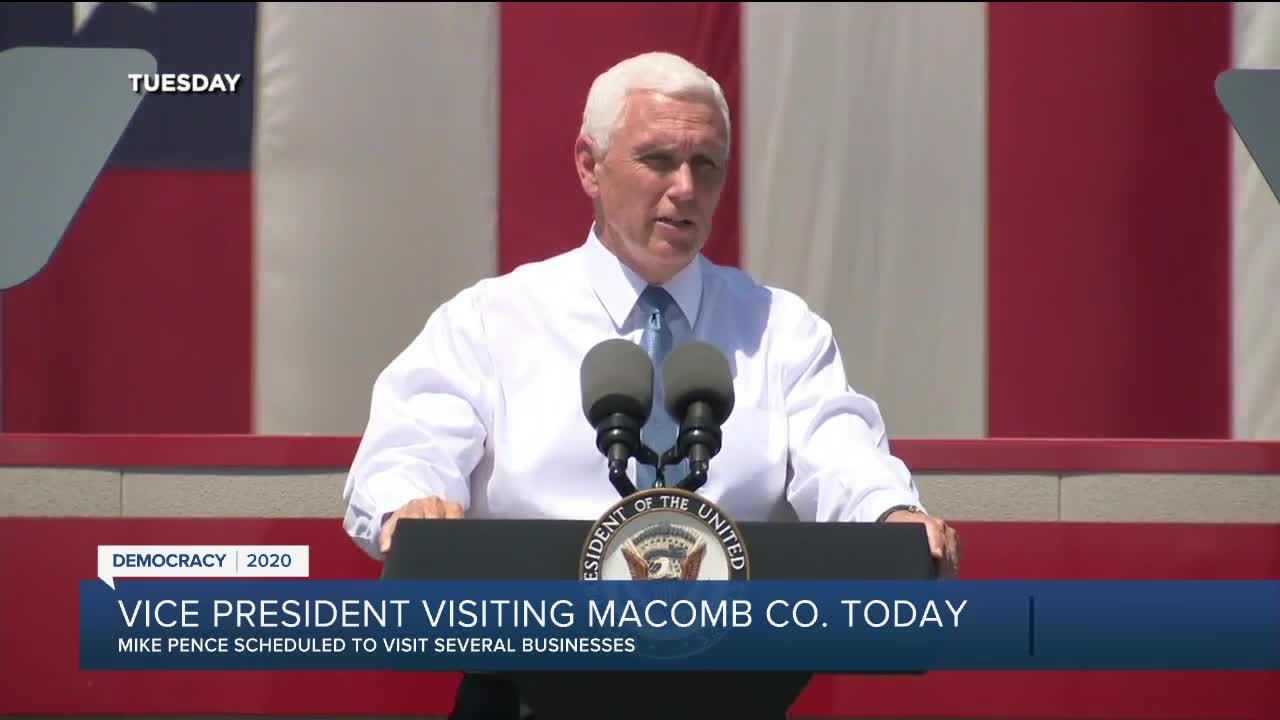 The White House announced Monday that Pence will travel to Sterling Heights, where he will have lunch at Engine House. The restaurant is owned by Detroit Fire Captain Greg Sisoy and former Detroit firefighter John Gusumano.

Pence toured of the Chardam Gear Company, before delivering a speech at Casadei Structural Steel. Both facilities are on Mound Road in Sterling Heights.

During his speech, Pence spoke on a variety of topics, talking about business growth in Michigan, defunding the police and the protests, and how the Trump administration is fighting for African Americans.

"I will make you all a promise. We're not going to defund the police," he said.

He also talked about school of choice and the coronavirus in the U.S.

Following the speech, Pence will return to Washington, DC.

The Michigan Democratic Party released this statement on his visit:

“Mike Pence is coming to our state to spin Trump’s failed record, but Michiganders know the truth: Donald Trump has broken promise after promise to our communities and left us behind. Trump’s erratic COVID-19 response made Detroit a hotspot of a global pandemic and sent our economy spiraling downward. Now, almost 6,000 Michiganders are dead, unemployment is over 22%, and the state of Michigan faces billions in revenue shortfalls because of his disastrous leadership. Instead of leading Michiganders through this crisis, Trump has taken to Twitter to threaten the state’s federal funding and exacerbated the hardship our state currently endures. No amount of pandering and empty words can undo the damage done by Donald Trump’s failures and Michigan voters will hold him accountable in November.”

“As Mike Pence’s ‘great American damage control tour’ hits Michigan, the truth is sinking in that Donald Trump’s corrupt recovery is prioritizing wealthy donors and billionaires instead of working-class Michiganders.

“Instead of listening to his own intelligence agencies, Donald Trump trusted Chinese government propaganda – failing to prepare and protect our country and economy from a global pandemic. Now, in no small part due to Donald Trump’s weak leadership, Michigan lost more than one million jobs and experienced more than 6,000 deaths. Despite today’s show, the Trump Administration still doesn’t have a coherent plan for the nation or for states like Michigan to reopen safely and protect workers.