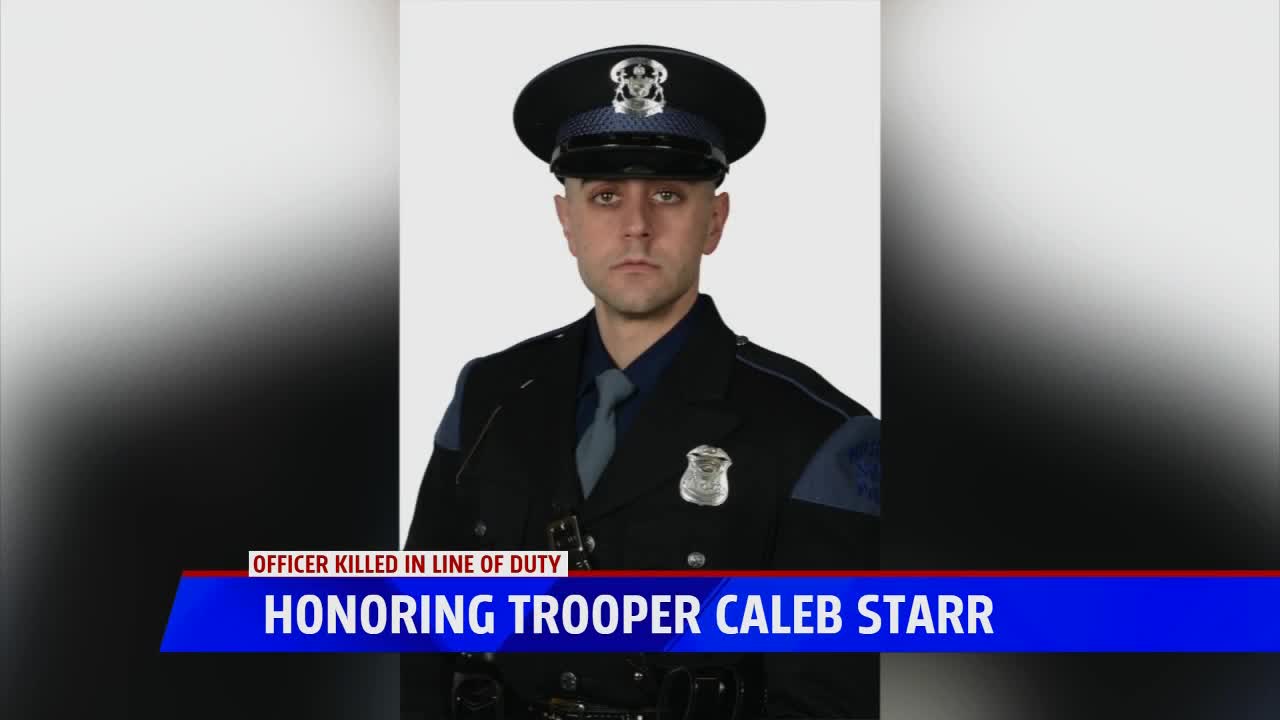 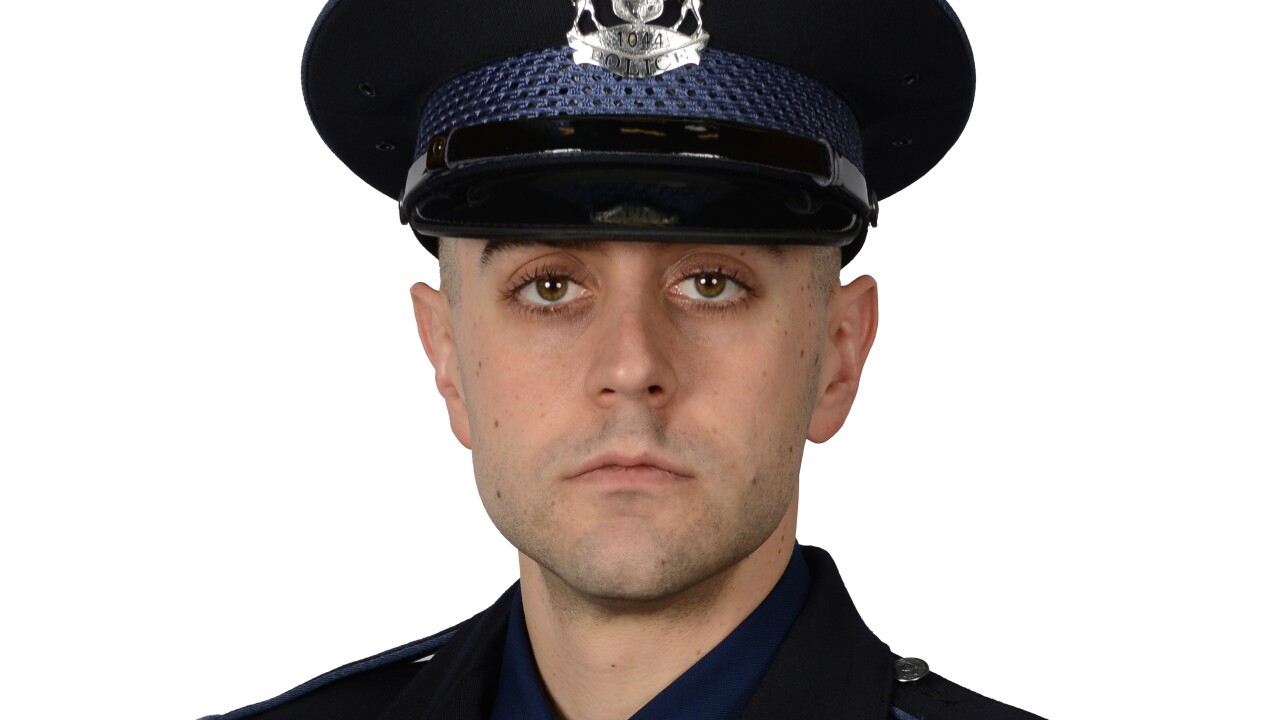 GRAND RAPIDS, Mich. — First responders and law enforcement agencies around the country are posting their condolences tonight after a Michigan State Trooper died in the line of duty.

A drunk driver hit Trooper Caleb Starr three weeks ago and he’d been in the hospital ever since.

His family is now planning a funeral, while his brothers and sisters in blue are getting ready to say goodbye.

The body of MSP Trooper Starr left the Grand Rapids area Saturday morning followed by dozens of squad cars on I-96, headed to a funeral home in Lansing.

Trooper Starr was on duty July 10th responding to a call in Ionia County.

The 33-year-old had to be cut from the vehicle and then flown to Grand Rapids.

“I don’t know how to describe it, it’s just a long process of grieving,” said former MSP Trooper David Hampton.

While he didn’t know him personally, Hampton worked with the young trooper’s wife for four years.

He says the bond between the blue is strong.

Trooper Starr of the Lakeview Post joined the agency in September of 2018.

“You feel blessed in some ways, then you feel that guilt that it could have been me,” said Hampton. “How did I survive for 31 years where a young trooper like Caleb - you know his life is gone, and he's got two daughters and leaves behind a wife.”

Before Starr’s death, Trooper Timothy O’Neill at the Rockford Post was the last MSP officer to die in the line of duty.

He was killed in a crash in September of 2017 while patrolling on his motorcycle.

Hampton attended that funeral as well.

“You know when all those police officers come together and you see the patrol cars and uniforms and all those different agencies come together, it’ll just, if that doesn’t make you cry nothing will.”

MSP has already changed its profile picture on social media to display the badge signifying an officer’s death.

Several agencies including the Kent County Sheriff’s Office also posted their condolences as well saying their hearts are heavy. Especially knowing that Starr’s life ended because of a drunk driver.

“Whatever religion you are to be in a high stress job like this, you have to have a forgiving heart and let the justice system work, that that person is gonna be punished by our criminal justice system - and not hold that anger inside,” said Hampton.

The 28-year-old driver from Utah is still believed to be in the hospital and we’re told charges against her are pending.

Funeral arrangements for Starr are still being worked out.

MSP says when a trooper is killed in the line of duty, no one else will ever get that badge number.