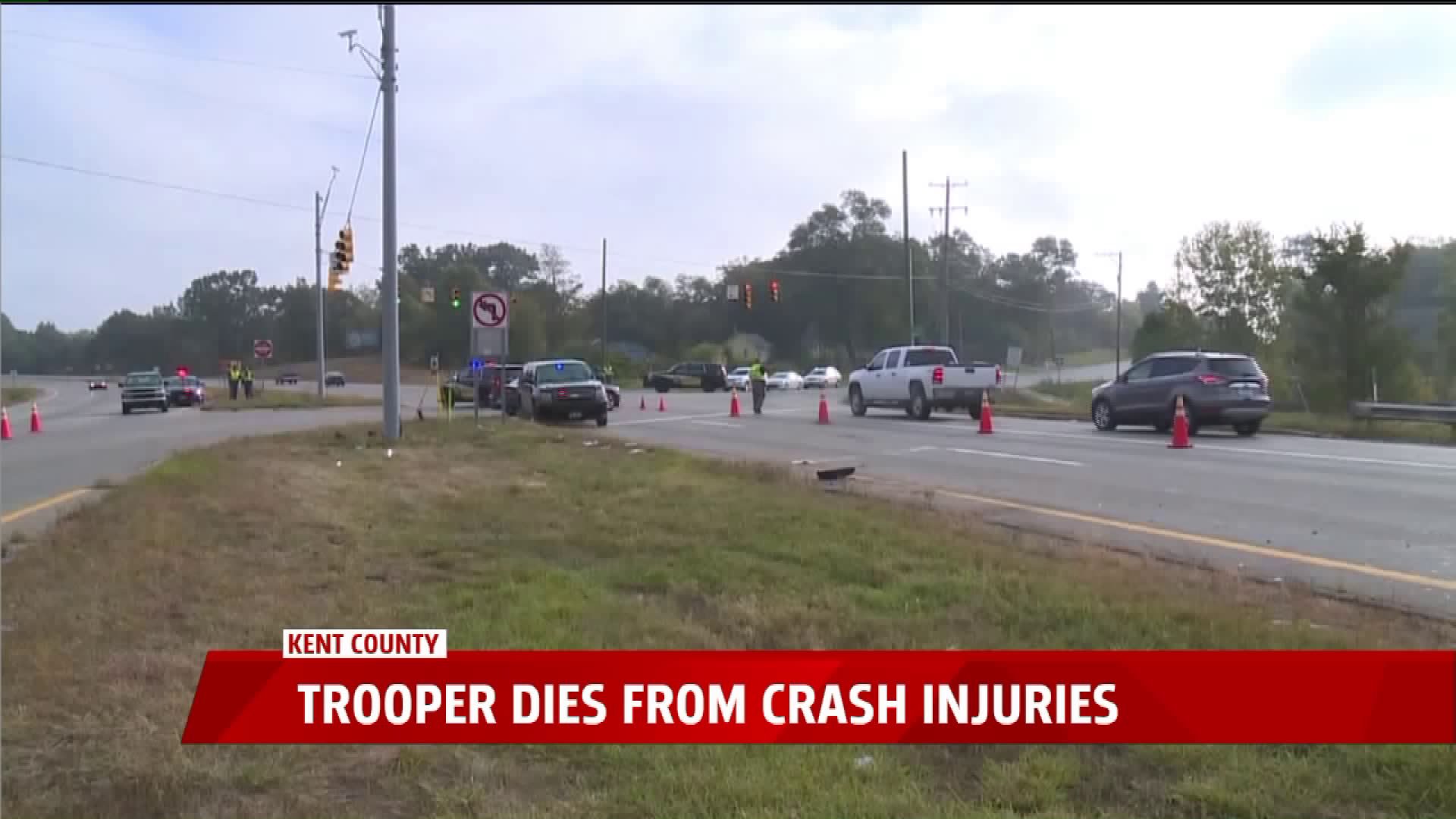 Michigan State Police say that Trooper Timothy O'Neill of the Rockford Post died from his injuries.

The crash happened just before 8:00 a.m. at the intersection of Wolverine Blvd. and Belding Road NE.  The trooper was on duty and was riding on a Michigan State Police motorcycle. The driver of the other vehicle was not injured.

“It is with a very heavy heart that I confirm the death of one of our own, Tpr. Timothy O’Neill,” stated Col. Kriste Kibbey Etue, director of the MSP. “I ask that you please keep his family and friends in your thoughts and prayers in the difficult days ahead.”

O'Neill was 28 and started with Michigan State Police in 2014.  He had been with the Rockford Post his entire career.  O'Neill is survived by his mother, father, brother, sister and fiance'.  He was set to be married on October 7.