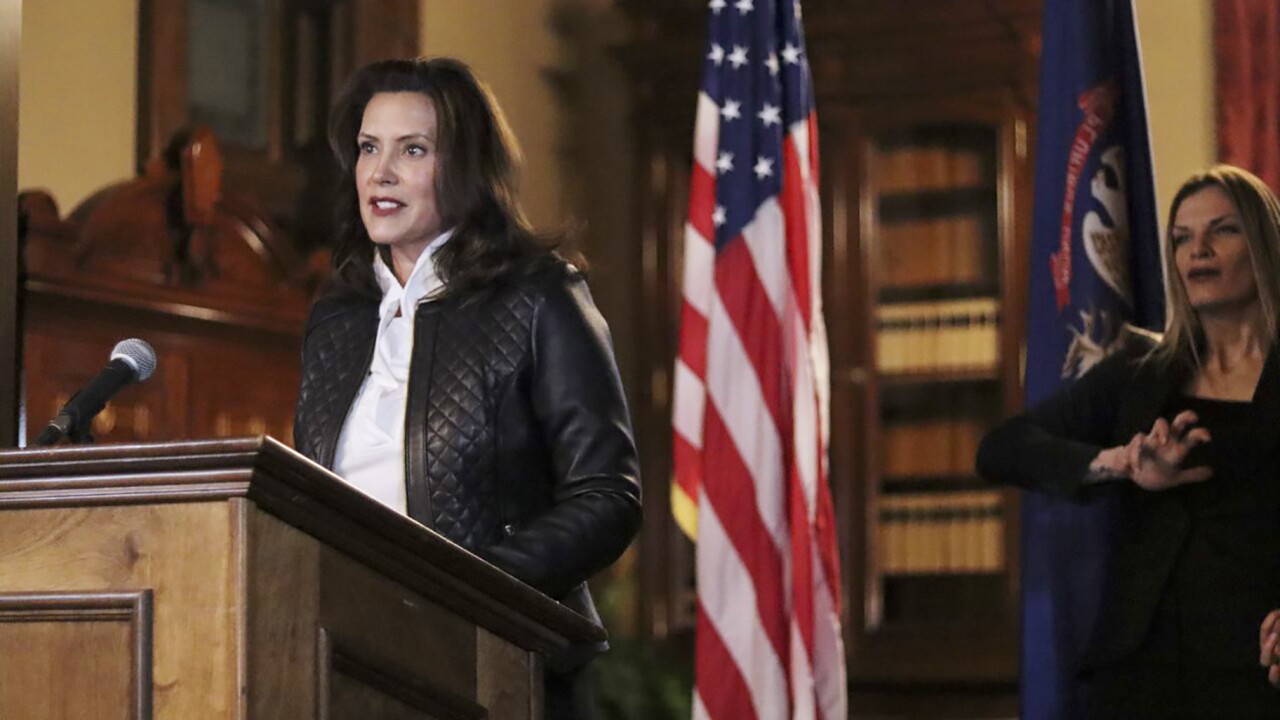 GRAND RAPIDS, Mich. (AP) — Federal prosecutors are asking a judge to give them an extra 40 days until mid-December to seek a grand jury indictment in an alleged scheme to kidnap Michigan’s governor.

Prosecutors say they're sorting through evidence, including explosive-device components.

The components and firearms could lead to additional charges.

A judge previously said there is enough evidence for prosecutors to seek an indictment by the first week of November.

Prosecutors say defense attorneys have raised no objections to an extension.