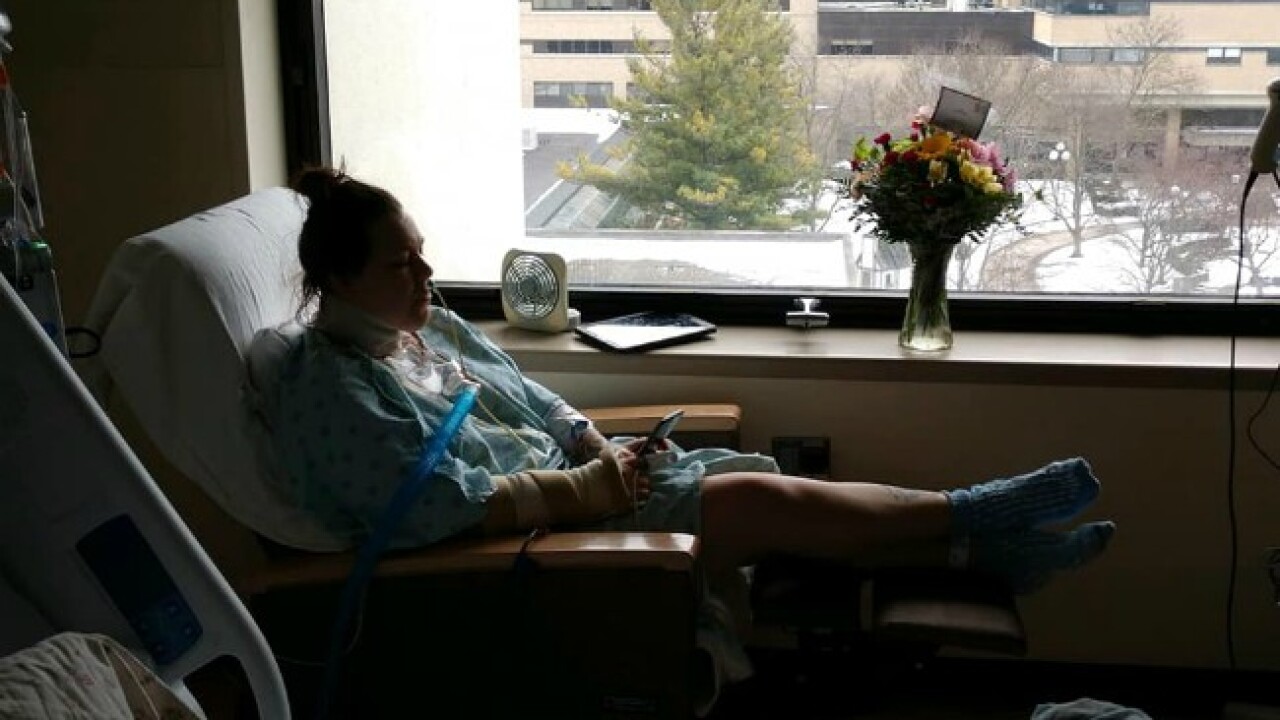 A courtesy photo of Macie Martens in the hospital after a treatment for tobacco-related cancer. 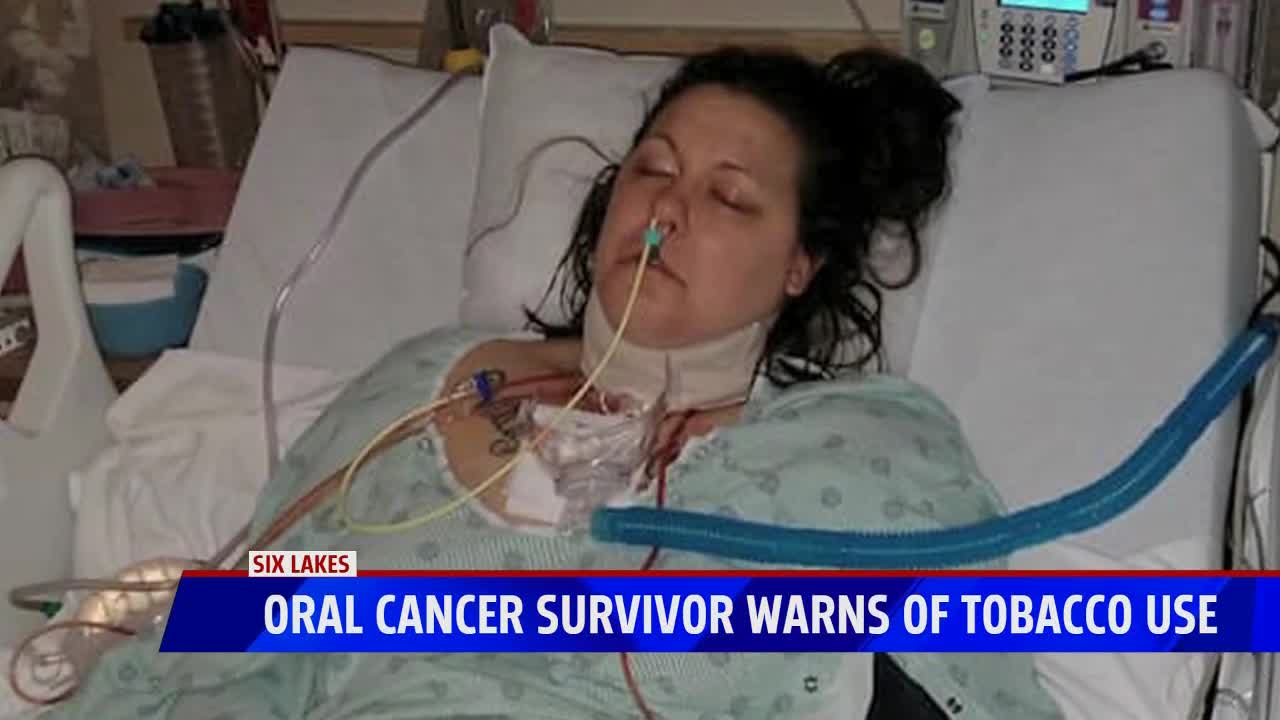 That backlash has led to a West Michigan woman sharing her tobacco-related cancer journey to show it is an important step in protecting young adults.

Her name is Macie Martens and she has survived oral cancer at the young age of 27. While she is still in recovery, she knows it could have been so much worse for her if she didn't stop.

The day the new law was introduced and eventually passed, Martens stumbled upon several posts detailing peoples outrage by the change while scrolling through Facebook.

She initially didn't want to share her story, but knew it would be the right thing to do even if it changed only one persons view on the situation.

“There were numerous people, either my age or younger, that had been posting that they didn’t think it was right that you would be able to change that age but you could serve your military and vote." Martens said. "I just was thinking that that is exactly how I would have felt when I was 18 and that it could not be further off from that.”

Martens originally thought the cancer was sores due to her teeth rubbing up on her gums and mouth. The pain got so bad that she finally decided to go to the dentist, where they realized it was related to the tobacco use.

From there, the year long process of surgeries and chemotherapy kept her in the hospital for months. Roaming the halls during that time showed Martens she got lucky to only have small pieces of her face taken away.

It wasn't just Martens that was impacted by her tobacco use, but friends and family. Her mother and sister had to drop the things they were doing at times to help Martens during her recovery.

Martens also mentioned that when she was living with three younger boys and still using the chewing tobacco, the boys started to put food or gum in their lips to be just like her. That's what broke her heart the most.

She still has a long recovery ahead of her, but with no more tobacco use, she hopes to put everything behind her and eventually start a family. She knows that once she brings her own kids into the world, they will never be allowed to use tobacco under her watch.

She even hopes that the age change will further reduce advertising of the product to the point that her kids won't ever be around tobacco when they are growing up.