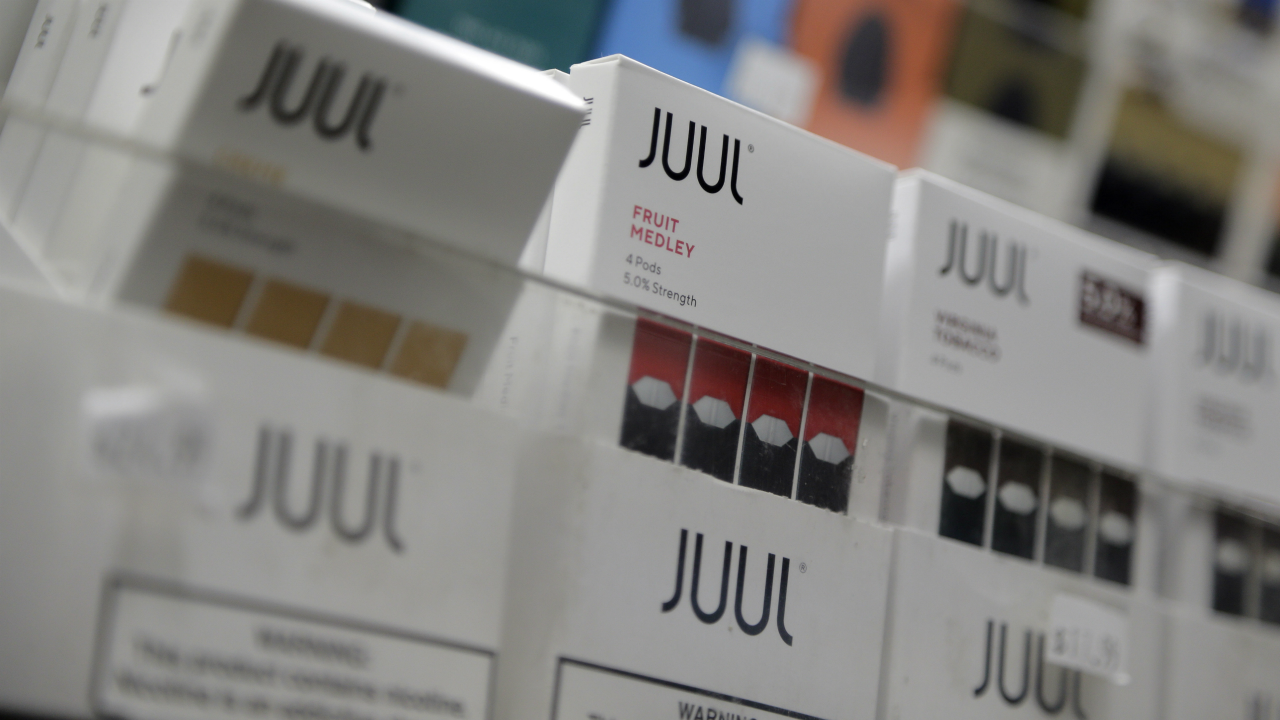 (Copyright 2020 The Associated Press. All rights reserved. This material may not be published, broadcast, rewritten or redistributed.)
(AP Photo/Seth Wenig, File)

The 39-state coalition is investigating Juul’s practices like targeting minors, claims on nicotine and statements on the risks and safety of their devices.

“The health and safety of our youth should not be jeopardized by false advertising and deceptive marketing tactics,” Nessel said in a statement. “Companies that mislead customers about their products are not good corporate actors and they must be held accountable when they engage in this behavior.”

Juul has been on the receiving end of multiple lawsuits from states, counties and even a school district for allegedly targeting minors in its marketing. Last year, the company stopped selling all flavors other than tobacco and menthol in the United States.

Levels of youth vaping have skyrocketed throughout the U.S. according to federal agencies and studies, prompting several levels of government to institute bans or change laws regarding purchasing tobacco products.

Whitmer tried to make an expedited appeal on the decision to the Michigan Supreme Court but was also denied.

A similar proposal has been adopted in Massachusetts and was even considered by the White House. However, President Donald Trump ultimately decided not to pursue an outright ban.

A federal law was passed in December raising the age to buy tobacco products to 21 from 18. It went into effect immediately.