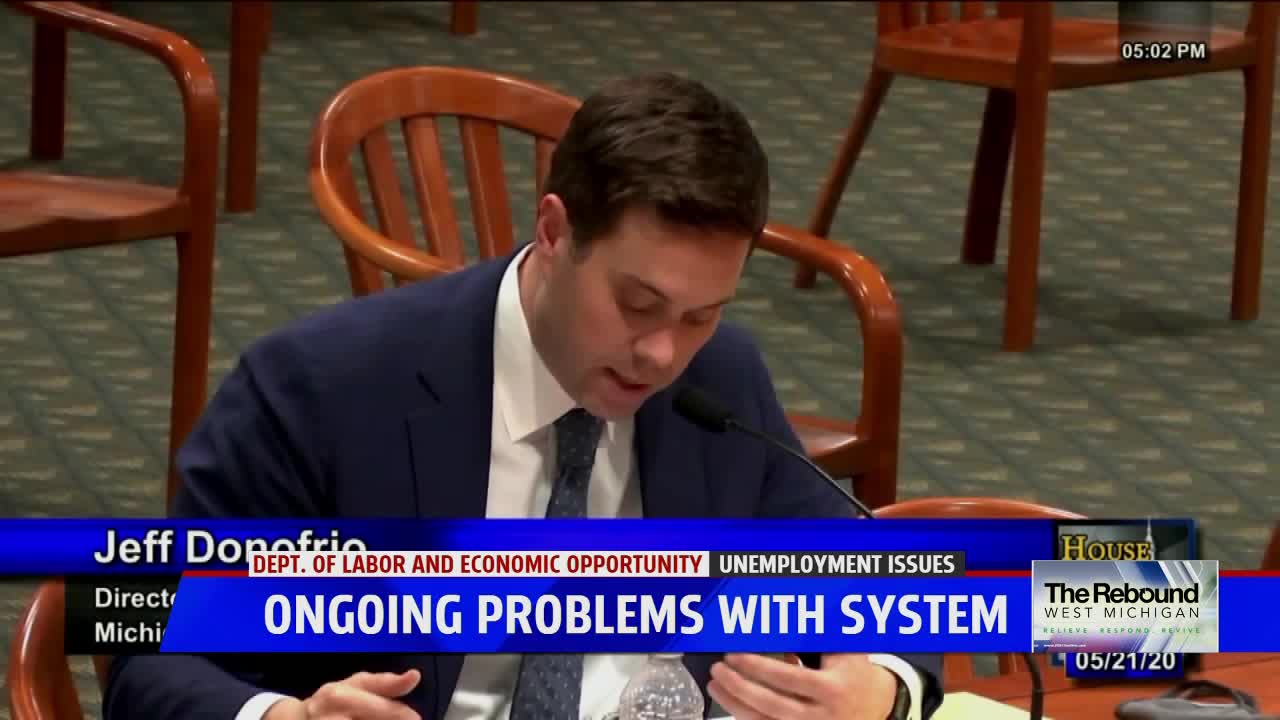 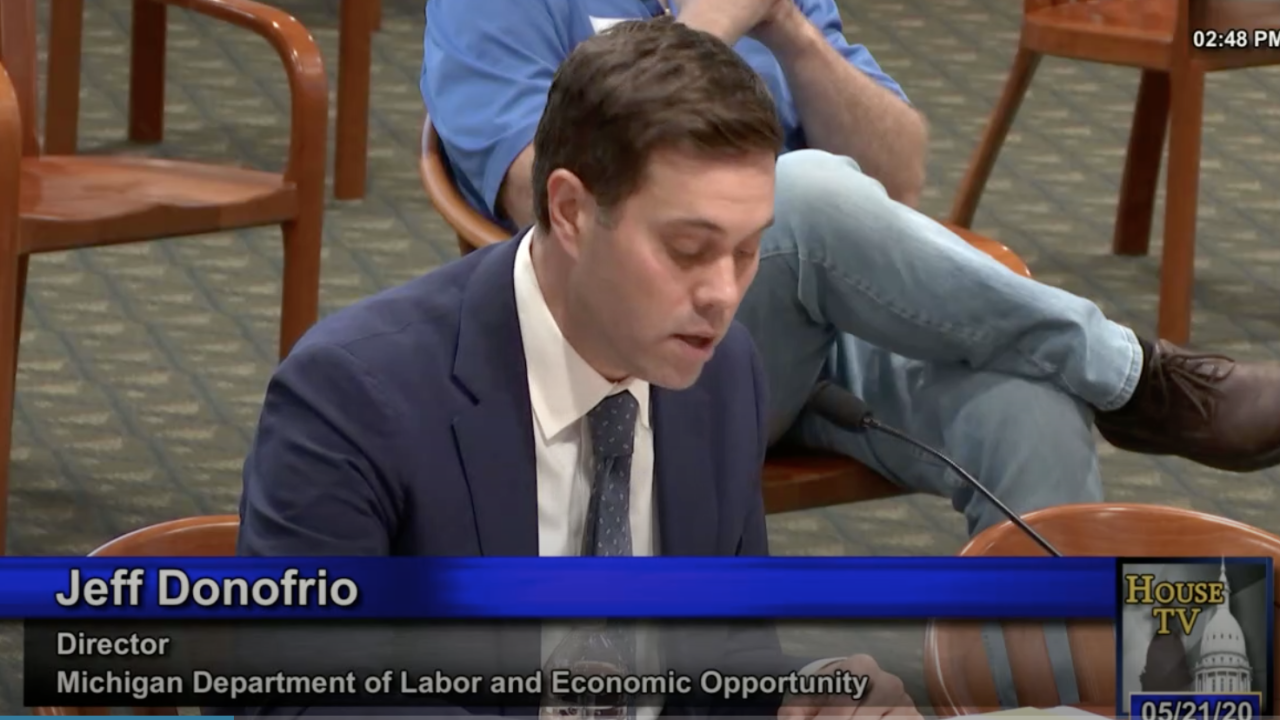 “I’ve been in continuous contact with the governor and her team during this crisis,” said Jeff Donofrio, Director of Michigan’s Department of Labor and Economic Opportunity.

“This crisis evolved over time, and we took action as it evolved to make sure that we added capacity and staff," he said. "Now we know, a historic crisis and an unprecedented amount of demand - one in three Michiganders are seeking emergency state benefits - is something we’ve never experienced."

The Unemployment Insurance Agency falls under Donofrio's watch. On Thursday he went before of the Joint Select Committee on the COVID-19 Pandemic.

“It is a trying time for individuals going through a global health pandemic," Donofrio stated. "Every system around the country has struggled. All I can tell you is, based on the data, that we are outpacing most other states.”

But that assessment is not sitting well with people still waiting to be paid, potentially more than 200,000 of them – some for nearly two months.

“I was supposed to hear something back between seven to 10 business days,” said one woman. “It’s been 18, I thin,k and I still haven’t heard a word from unemployment.”

“I tried calling. I could never get anybody on the phone. Just like everybody else, I tried hundreds of times,” said a third man.

One woman said she had to take a loan out because the state had not yet paid her.

“Please, please, accept my gratitude. I’m so thankful that someone is giving a voice to these people,” said representative Julie Calley to FOX 17. The Republican lawmaker represents Barry and Ionia Counties.

“If you’ve been trying to get benefits for over a month, and you finally talk to your legislator, and you hear, Well, it’s taking 14 to 18 days now. What do you think your response is gonna be?" Calley posited. "They’re gonna be extremely upset, and it’s 100 percent justified."

She had a lot of questions for the agency, such as, if it’s handling the oldest cases first, why are some of the first to file still waiting for money?

“So, if a person came into this system before the EO took effect, and they were denied state benefits and deemed ineligible, then they came back in and filed a PUA, that’s the date of their claim application,” answered Donofrio.

There have been more than 1.8 million claims filed so far, and as of Thursday, Donofrio testified, the agency’s paid out $7.5 billion to 94 percent of claims.

But 122,000 and counting still need to be adjudicated, and even more are joining the system every week.

“The idea that this is more like a natural disaster in many cases for many people, and for a short period of time they will be unemployed and then they will quickly be able to go back to work, means that there’s a potential workload that is lower.”

Lawmakers even have a new portal to check accounts for constituents but say it’s not always working properly.

They also asked for a clear hotline to report UIA fraud.

They understand UIA workers are doing the best they can, but the system needs fixed. “What can committee members do to make this process better?” asked one lawmaker.

He said the department is also reviewing the $362 per week maximum and considering increasing that.

Those decisions would have to be voted on and would likely come after the committee’s final report due out this fall.

Lawmakers also asked if there’s a way to prioritize people by zip code in an effort to help those affected by recent floods.

The department did not give a clear answer as to whether that was an option.