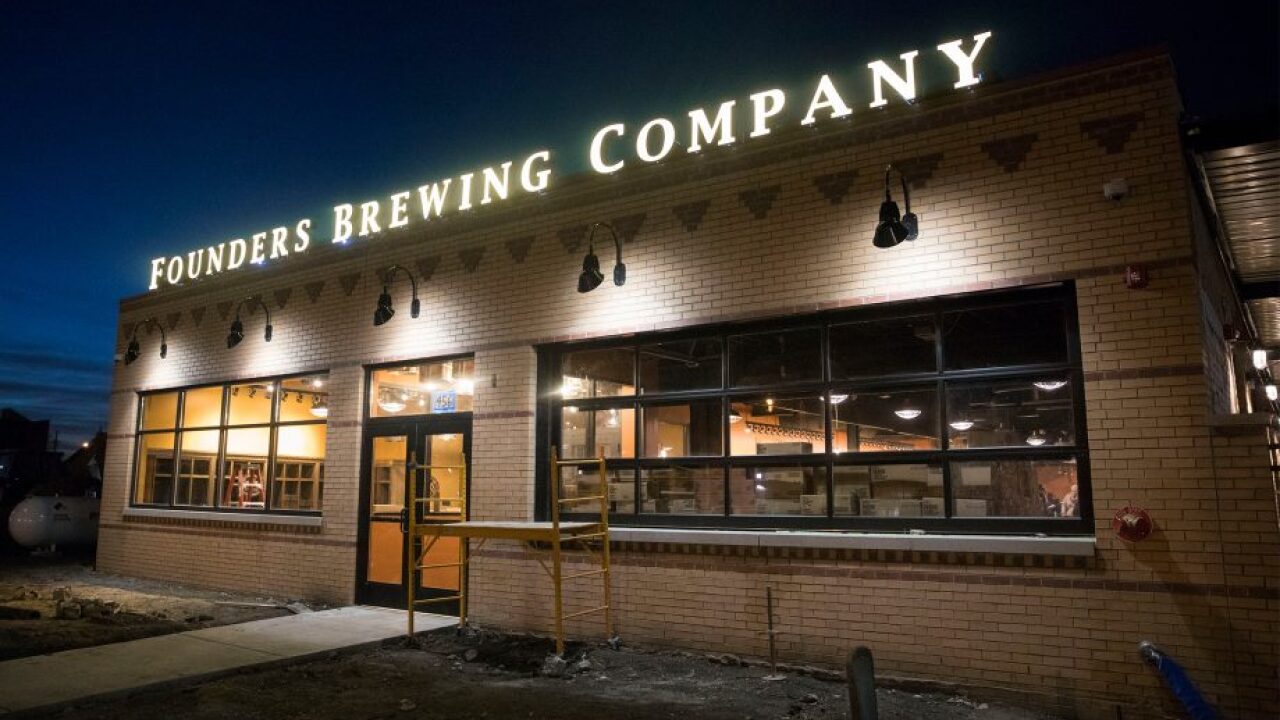 “After three months of progress behind-the-scenes, now is the best time to honor our commitments in Detroit and reopen the Detroit taproom,” company co-founder and CEO Mike Stevens said in a release. “While our intentions were good when we first launched the taproom in 2017, we need to make more efforts to connect in meaningful ways with the City of Detroit. We’re going to do this right and we look forward to sharing the journey with our fans, community partners and business partners.”

Founders will donate 100% of its profits in the Detroit taproom to charities and community organizations for the next three years.

The company says it has partnered with the City of Detroit to hire more residents of the city. Founders said it is working to make jobs more accessible to returning citizens and people with criminal records.

Founders and Detroit at Work, an initiative by the City of Detroit, will also be creating a hospitality training program for Detroit residents to start a career in the hospitality industry. People who complete the program will be rotated into employment at the taproom.

Founders’ previous director of diversity and inclusion resigned during the lawsuit because the company’s leadership “have explicitly shown you are more interested in the optics of my face, than the impact of my voice.”

The company hired a consulting group and named an interim director of diversity, equity and inclusion after her resignation. A new general manager at the Detroit location has also been hired.