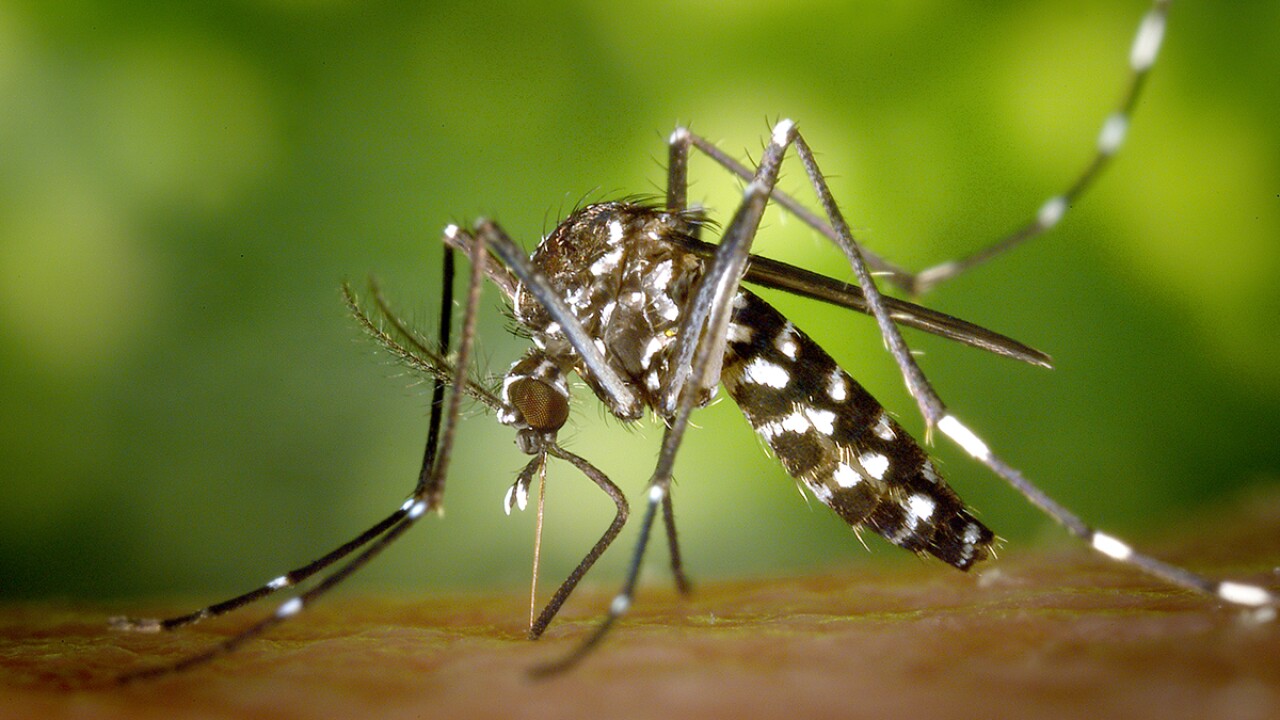 LANSING, Mich. — A mosquito that is known to carry yellow fever and Zika is back in Michigan.

Asian tiger mosquitoes have been found in the city of Taylor, the first time the bugs have been confirmed in the state since 2018. The Wayne County Health Department, and Michigan Department of Health and Human Services announced the discovery Friday, June 26.

The mosquito can transmit viruses that typically are found in tropical or temperate locations, including Zika, dengue, and chikungunya.

So far, no cases of any of these viruses are known in Michigan.

Typically Asian tiger mosquitoes do not make it to Michigan because of our cold winters. But health experts say the recent mild winter seasons have allowed the mosquitoes to invade northward.

Neighboring states Ohio and Indiana have established populations, and the health department believes they may have traveled in products shipped from those states.

Asian tiger mosquitoes have been found in Michigan before. The first time was 2017 in Livonia. In 2018 they returned in the city of Romulus.

The discovery was made during a partnership between MDHHS and 23 county health departments. The program monitors for two species of mosquitoes that can carry the Zika virus and other tropical diseases.

Everyone in Michigan is encouraged to take steps to prevent being bitten by mosquitoes. Recommendations include: