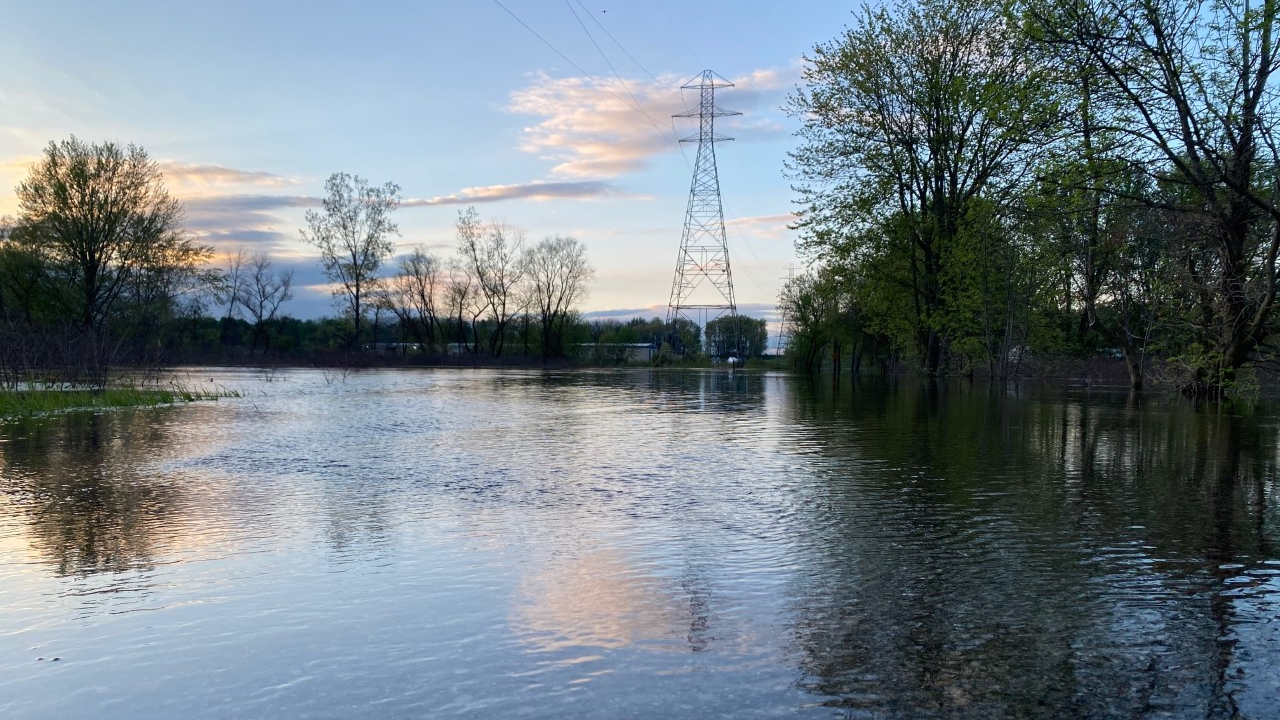 Officials expect it to last until at least Saturday before returning to a normal level.

Bonstell says this is the third time in two years they’ve dealt with levels like this.

Preliminary assessments show three homes with major damage, 10 with minor, and 421 affected according to Bonstell. He says it could take a few days or months to clean up.

“It just depends where you’re at and what your impacts are,” said Bonstell.

Video shows water covering the back half of 118th Ave. and Van Lopik St. and preventing people from getting home.

A neighbor who walked through it estimated it to be about two feet deep.

“Every couple years it gets really flooded and we end up with this,” said Tammy Loggins. “Can literally boat with three to four feet of water down the road.”

Loggins lives near River Road and Lincoln Street in Allendale. Her home is okay, but the street to it is not. Her family is trying to make the most of it though.

“We take the boats out, take the kayaks out, up and down the road a couple times a day, see if it went up, did it go down,” said Loggins.

And while they find some fun in it, Bonstell reminds people to use caution.

“If your electrical panel was impacted, getting it checked and dried out before switching it on or off,” said Bonstell. “Same things with wells or septic systems that are under water. Don’t go into flood waters prior to them receding.”

“Hopefully we can dry out here in the next few weeks and get on that path,” said Bonstell.

Ottawa County has declared a local state of emergency in response to the event. Bonstell says it will remain in effect until this Sunday.