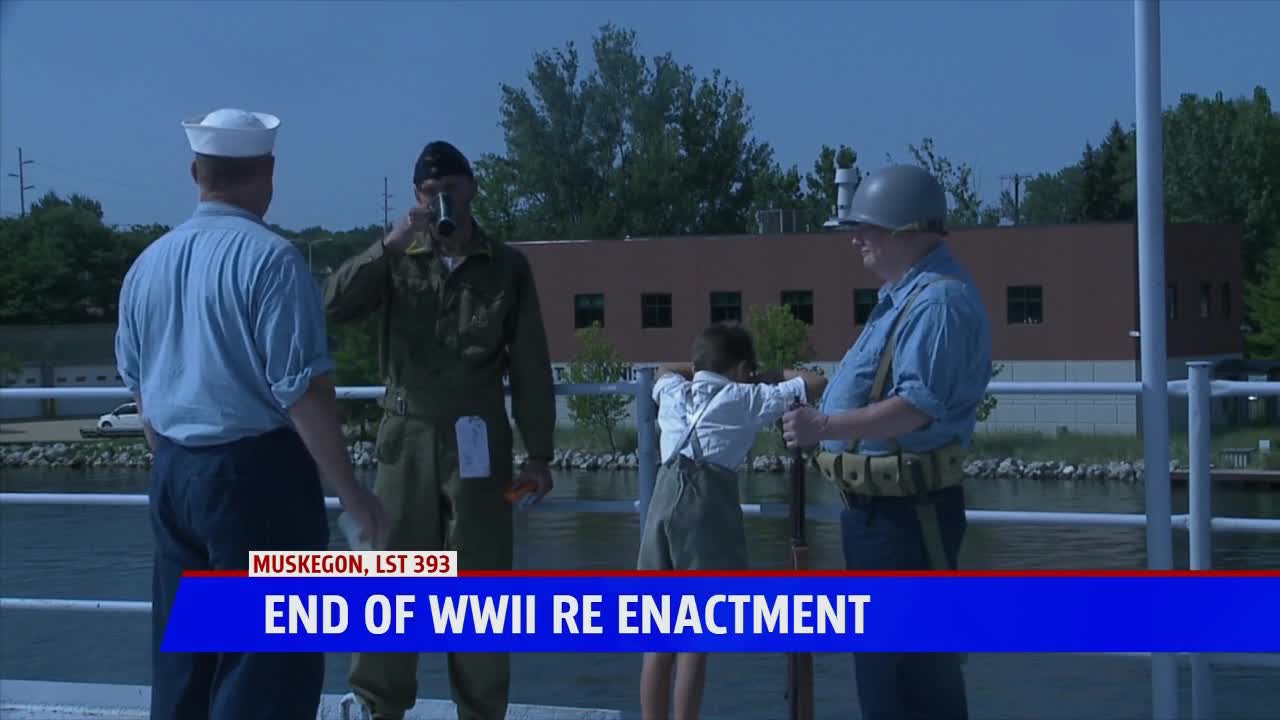 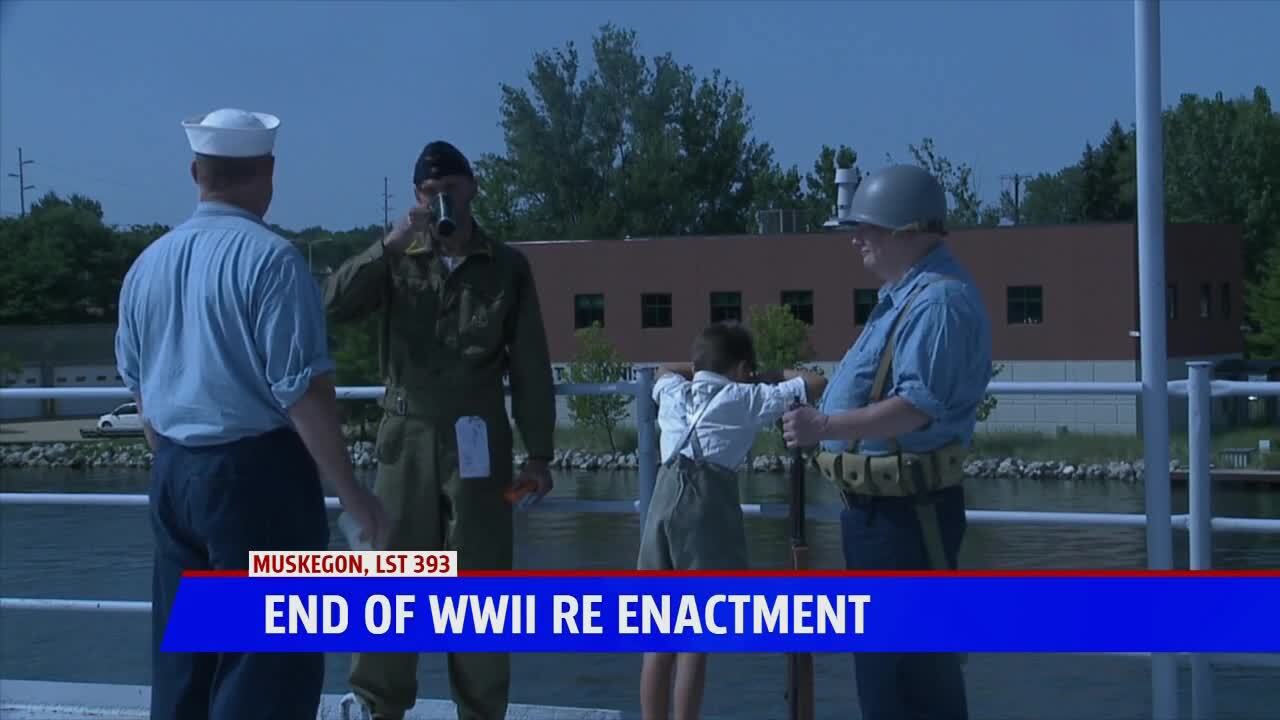 MUSKEGON, Mich. — It’s the first re-enactment for a group of former servicemen in West Michigan.

Volunteers hopped on board an old ship from World War II teaching history and reminding others of the sacrifice of serving their country.

“If we don’t tell the story and the WWII vets pass along, there’s no one left to tell their story,” said Chris Johnson who portrayed a chief petty officer.

Johnson and about 10 others were in Muskegon on Saturday aboard the USS LST 393.

They’re all trying to help the public understand what life would’ve been like just a couple hours before the Normandy Beach landings.

“We have guys sleeping in some of the staterooms that have been set up like they would’ve been,” said Johnson. “My room is set up like a chief’s quarters - the uniforms are laid out. There’s period blankets and pillows laying around.”

There were also men who roamed as beach patrol with M1 rifles, along with a German POW picked up mid-Atlantic along with his refugee son.

"They've been treating me well, I've been peeling potatoes. I was able to retain a canteen cup, and they have been keeping it full with coffee for the most part. Other than that, I've been doing other tasks on board. Whatever they need,” said Alexander Bartoli who portrayed a German POW.

The former marine himself has helped with reenactments since 2010.

"Yeah, it's a good time. It shows the struggle that Americans went through, and the German soldiers went through as well. A lot of those guys are just serving their country, and politics aside, it was a tough time for everyone in the war at that point,” said Bartoli.

Just like Alexander several of the men did serve in the Army, Navy and Marines.

“As we progress through our future our WWII past is slowly dying and the only way to keep it alive and tell the story is guys like me and the next generation after that.”

He says the story here is she’s 75-years-old and made of steel.

Known as Highway 16, the ship served as a car ferry between Milwaukee and Muskegon, but not before making 30 trips to Normandy.

“And to do that and come out unscathed and unharmed and be able to sit in our waters to tell her story it’s our job to make sure she continues to tell that story and to keep teaching our younger generations,” said Johnson.

That lesson had to be pushed back several times because of COVID-19 but luckily this time everything worked out.

“Every event that we’ve been trying to hold since February has been canceled and canceled and this was just an opportunity to get on board, nothing large scale, keep social distancing, and do what governor asked us to do,” said Johnson.

To learn more about this ship including how to rent it, click this link.