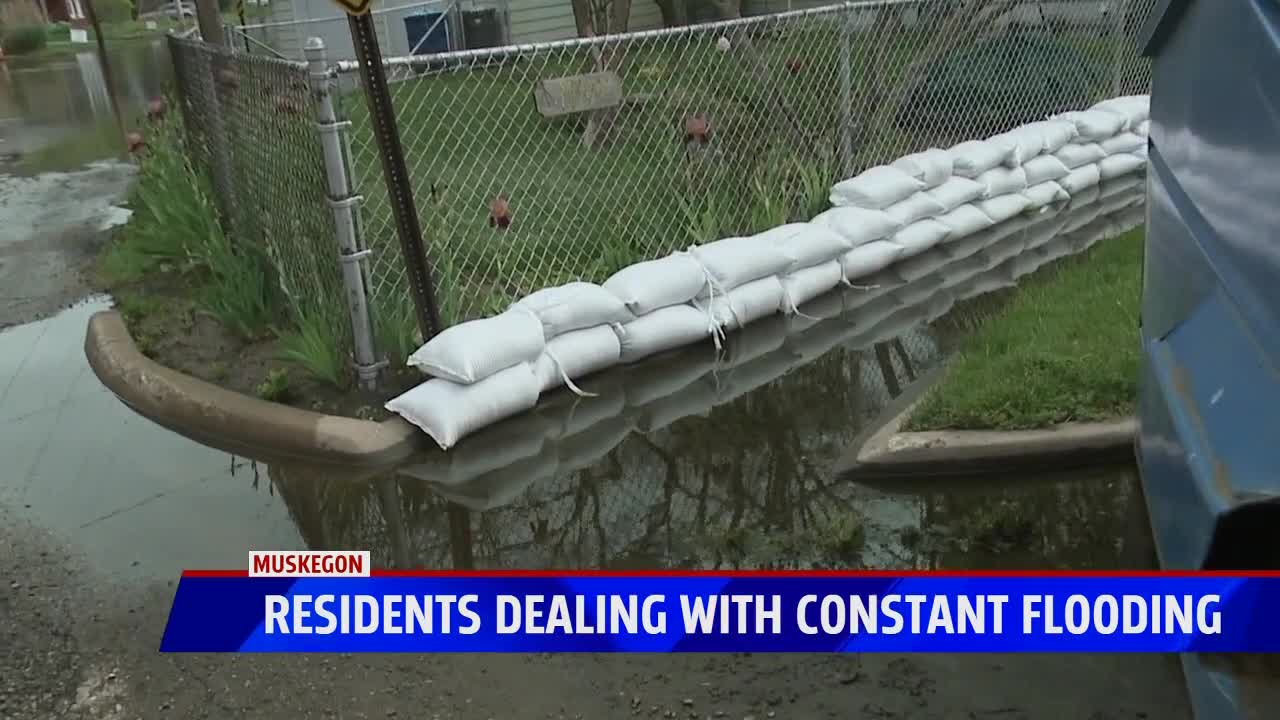 MUSKEGON — The intersection of Edgewater and Wilcox is one area in Muskegon where the road is completely submerged by flood waters.

Homes now being threatened by the damage this floodwater. Residents have sandbags in place trying to protect their homes from the flood waters.

Basements are now threatened and generators are now up on stilts to hopefully stop the damage.

The city put in cement barriers and a pump last week, but the pump only ran for a day before it was discontinued due to a complaint from a nearby neighbor over fumes and noise. The water quickly returned once that pump was gone.

Garbage trucks can't even get down the street due to high water. They've had to move the garbage bin to the center of Wilcox and Edgewater so people can hand cart their garbage down here for these people to pick up.

"This is the worst we've seen it while living on Arlington Hills," said Larry Larson. "It was bad in '86. They raised the roads and it`s even worse now."