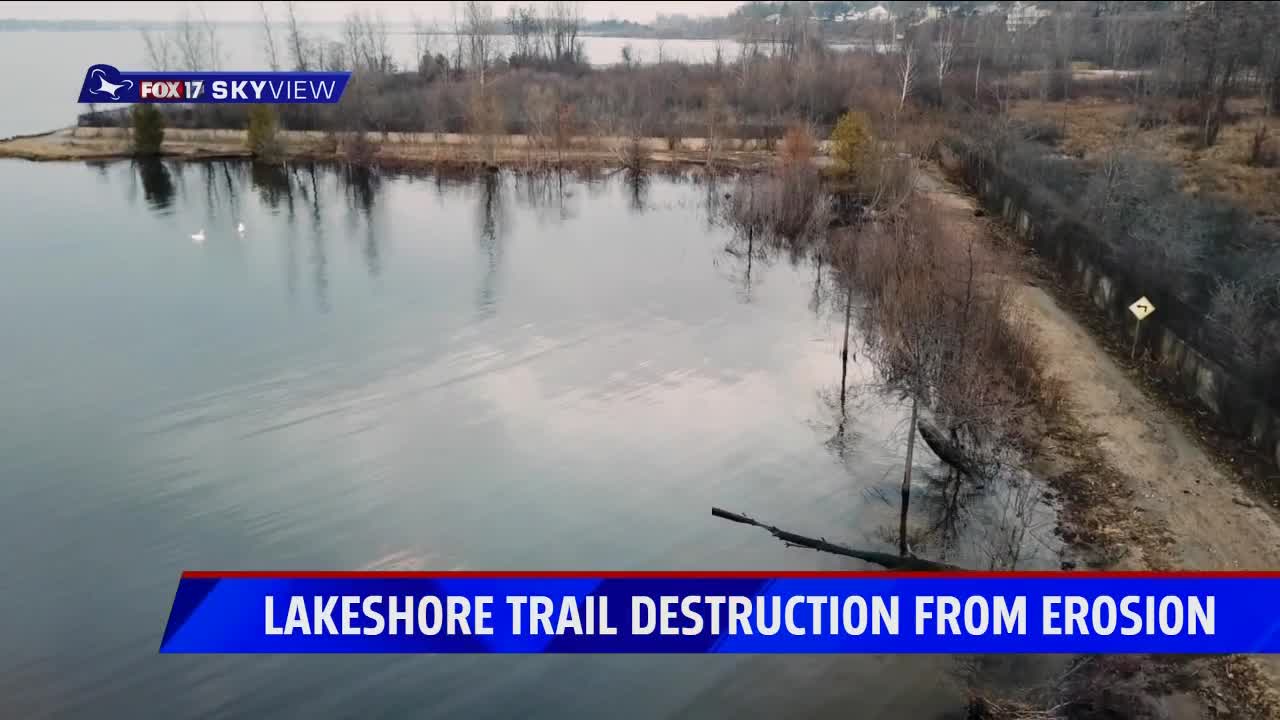 MUSKEGON, Mich. — High water levels and widespread erosion has taken its toll on a popular bike trail near Muskegon Lake.

“If it stays eroded like it is now it will stay closed. It’s not a place I would want to take a regular bicycle,” Roosevelt Park Councilor Carim Calkins said.

Calkins is an avid biker who’s watched the trail transform over the past year.

“A year ago, the whole trail was dry and flat and easy to ride, now with the higher water and the distance it has to attack that shoreline, it’s eroded an entire area,” Calkins added.

“The lakeshore trail was a good place for people to be and be safe and see things you can’t see from the street, I’m certain it drew people to Muskegon.

In its current condition, it’s not passable, bikers will be forced to ride in the street to circumvent it.

“This piece of the trail falls in an area, where it’s hard for somebody from out of town to figure out how to get around that spot, so its pretty important that it gets fixed,” Calkins explained.

Calkins thinks it could hurt tourism and hopes the city of Muskegon looks into fixing it.

“It’s a shame to see it collapsed like it is, I hope Muskegon will have the funds to fix it,” Calkins added.

In the meantime, the damaged section of trail is blocked off.