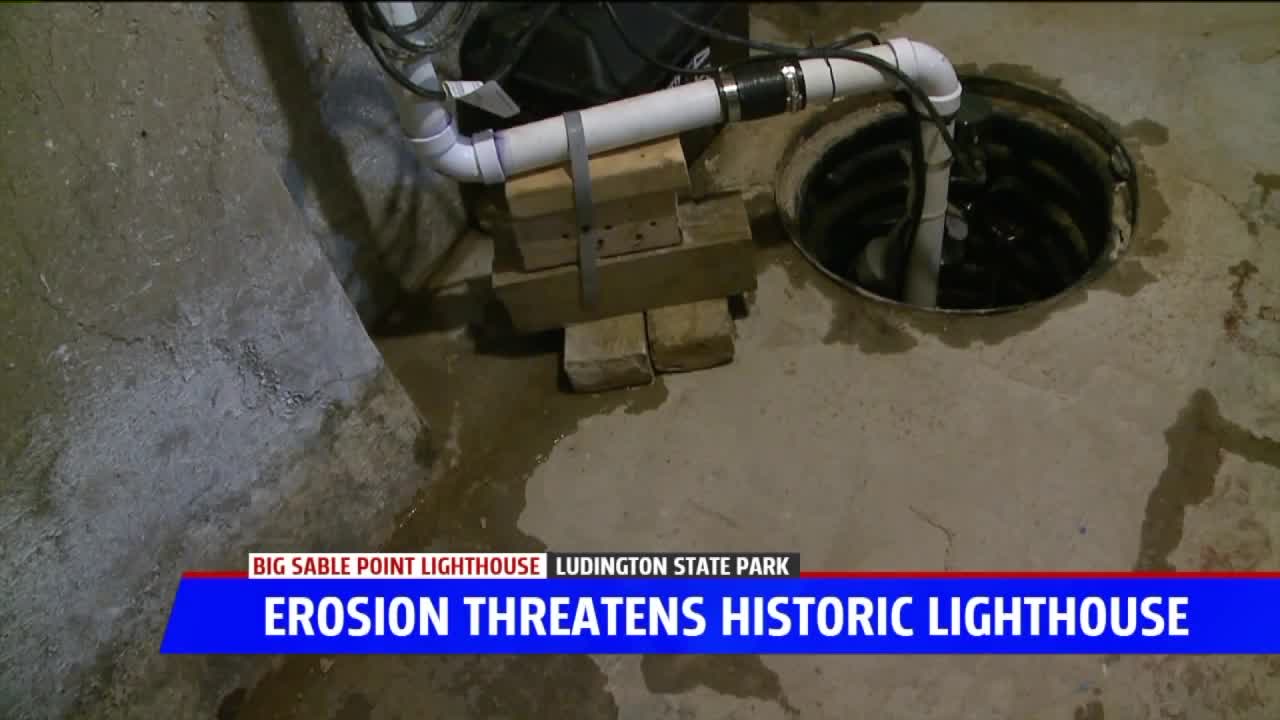 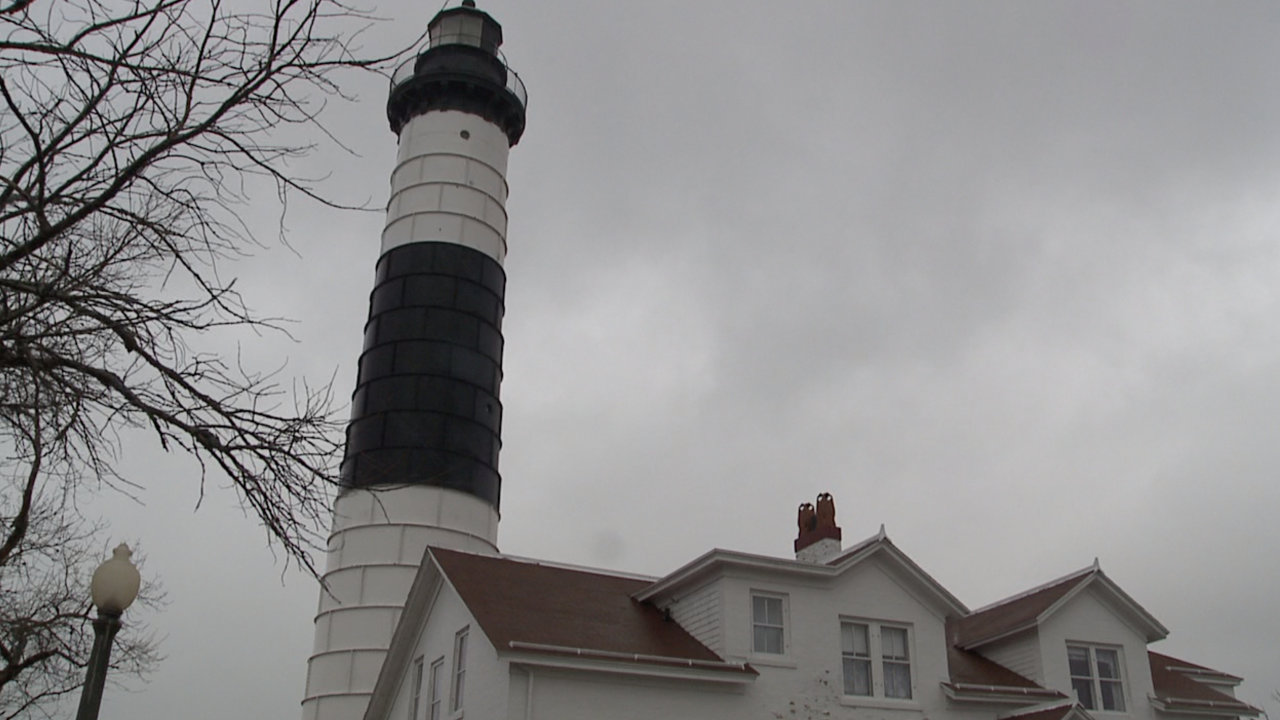 LUDINGTON, Mich. — High water levels along Lake Michigan continue to impact beachfront property. This time, the Big Sable Point Lighthouse in Ludington is trying to fend off water that's seeped into the basement.

Preserving and protecting Big Sable from flooding has been an undertaking for as long as the lighthouse has been around, according to
Peter Manting. He's the director of the Sable Point Lighthouse Keepers Association.

“If you look back in the logs, they built the lighthouse in 1868 and in 1870, they were saying they had water in the basement," he chuckled.

Over the years, Manting says measures have been taken like extending the seawall to keep the crashing waves of Lake Michigan at bay. But high water levels up top are only part of the problem. He says there’s a high water table. So the water is coming up from beneath the surface.

“We’ve installed sump pump down there, automatic sump pump now. So that seems to be keeping our basement dry," Manting said.

He says the sump pump was installed in November. However, Manting says the last time water levels have been this much of a concern was in 1986.

“The place had been abandoned. So there was nobody out here to really monitor things... and that’s when the water got really close to the tower," he described.
In 1986, Manting says concerned citizens and Boy Scouts sandbagged the perimeter. Now that the lighthouse association is in place, he says they’re looking to the Department of Natural resources for a longer term fix.

“We’re working with the State of Michigan to come up with a good solution, and I think one of the solutions that their engineers have come up with is to throw some rip rock out in front of the seawall, about thirty feet out," Manting explained.

The desired outcome is for the rip rock to break up the waves before the waves get to the seawall, thus keeping water further away from the lighthouse.