Waves were as high as 7 feet 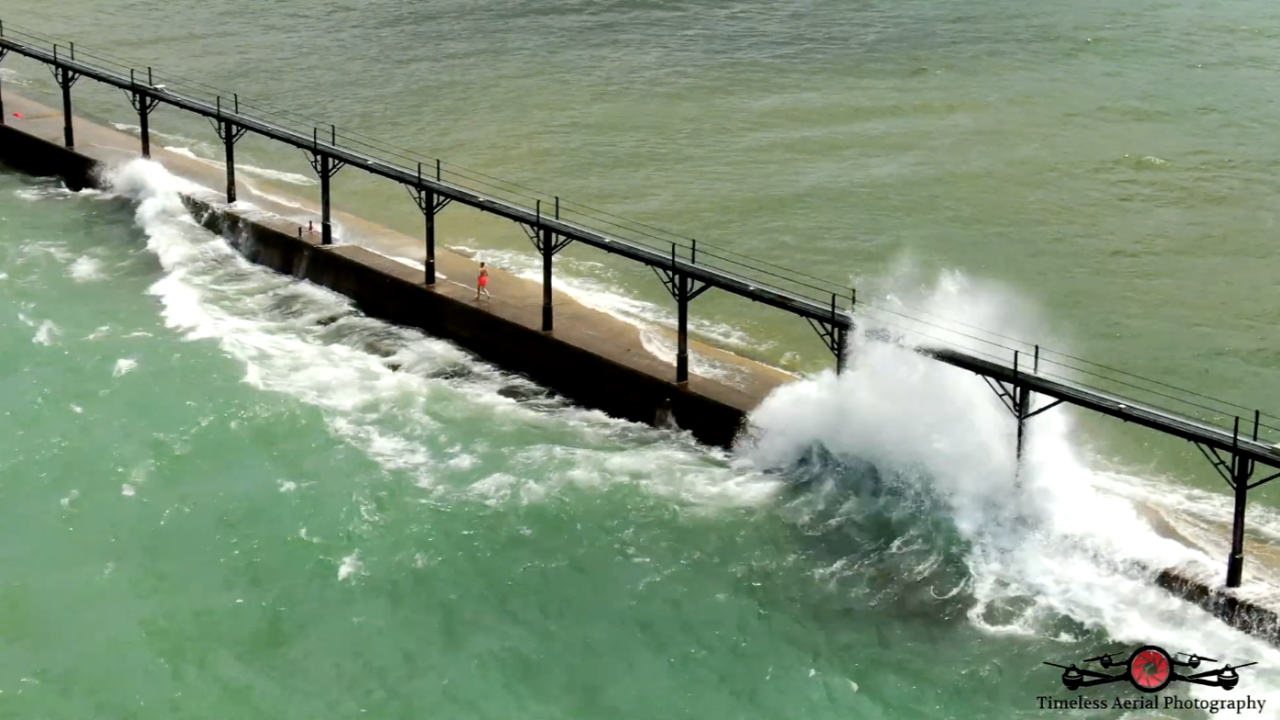 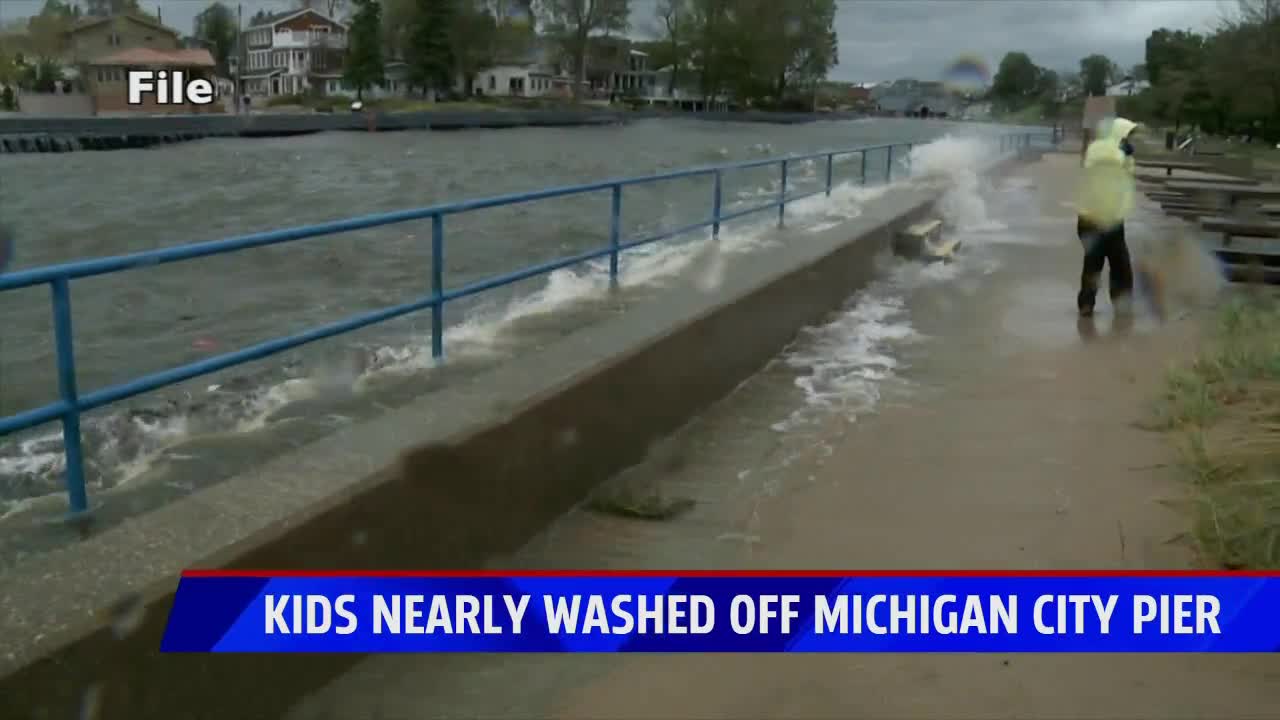 LAKE MICHIGAN — It was a dangerous weekend on Lake Michigan, with multiple water rescues and even a drowning reported on Sunday, July 12th. Red flags were flying at the time, but that did not deter people from going into the water or making their way onto the pier.

The drone video, shot by Brandon Clair, shows two kids trying to stay upright with the help of the catwalk as waves battered the pier in Michigan City, Indiana. The waves initially appeared calm as the kids tried to head back to the beach, but they quickly grew and eventually crashed into the pier. If the catwalk had not been there, the kids could have been pushed into the water, leading to the risk of eventual drowning.

With Lake Michigan water levels continuing to be near record high levels, pier safety is becoming a common problem spot even on somewhat calm days. Two foot waves could be high enough to bring water over the piers and sweep you into the lake. Waves that high would not require a red flag. The flag would most likely be green on those days.

According to Dave Benjamin with the Great Lakes Surf Rescue Project, 50% of drownings happen along piers. With how long some piers are, you could find yourself a mile offshore. If there is nobody watching or there is no call box, it is a recipe for disaster.

"Even on a green flag day, if you go to the beach and there are no lifeguards and you find yourself in a water emergency, you are likely on your own." says Dave Benjamin. "With drowning, if someone is struggling in the water it is typically less than one minute until final submersion. Once you are submerged, around three minutes of submersion your heart may stop."

With less beach and more people wanting to get out the water to enjoy the outdoors after quarantine, bystander rescues are reportedly higher than ever this year. Dave says that this puts even more people at risk because those that try to save someone from drowning could also become at risk of drowning. If you are going to try and save someone, it is recommended that you first try to throw something to the person and pull them in. If this is not possible and you must go out, tell somebody to call 911 and take something with you that floats.

If you are the one who ends up finding yourself in a possible drowning situation and it could be several minutes before help arrives, you are advised to do three things that could save you life.

"If you are ever struggling in the water, you should flip, float and follow." says Dave. "Flip over on your back and float, float to keep your head above water, float to calm your self down from the fear and panic of drowning, float to conserve your energy and then follow a safe path out of the water.”