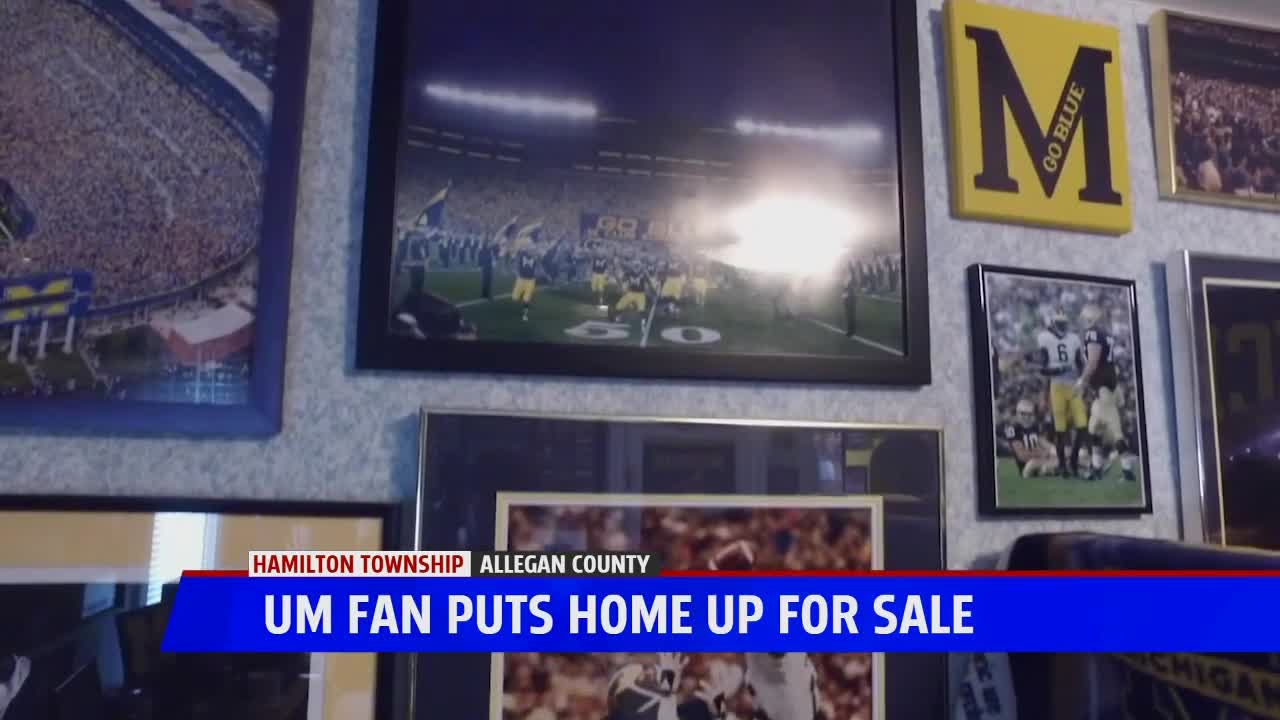 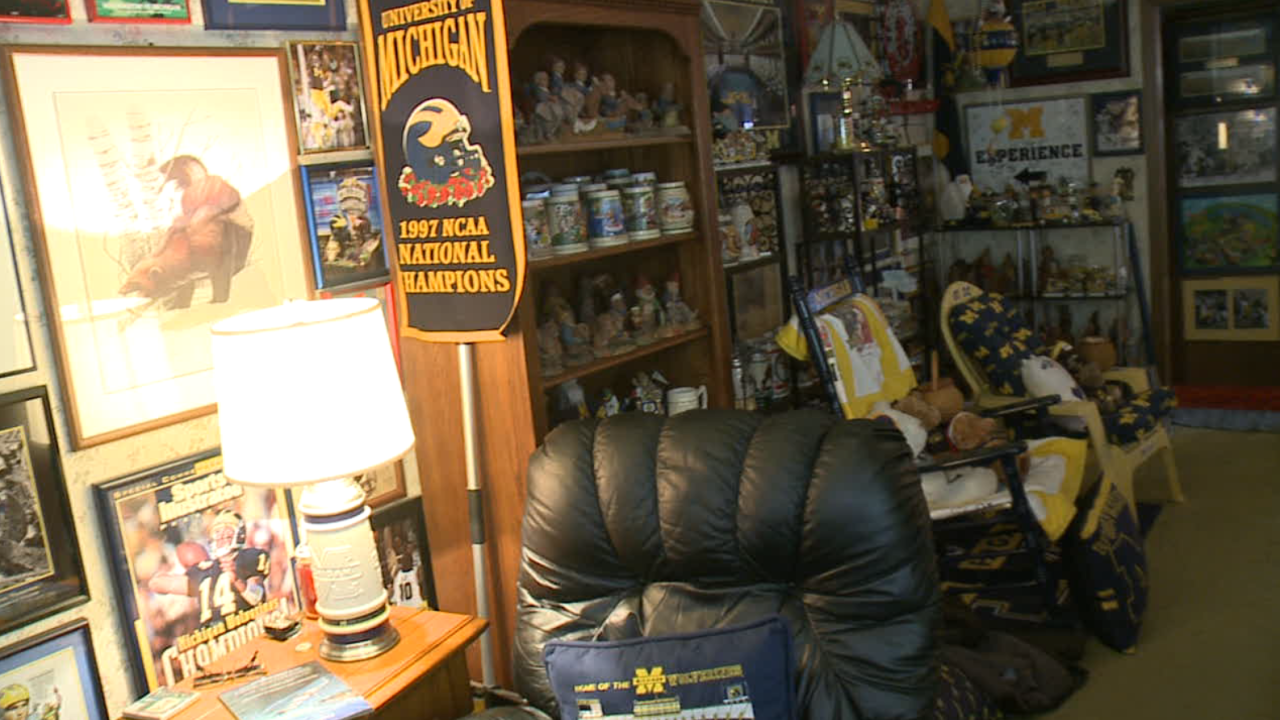 HAMILTON, Mich. — If you think you are the biggest University of Michigan sports fan, wait until you see this.

A house has gone up for sale in Hamilton and it is getting a lot of attention. It is the color maize and has been labeled as the Michigan house, but what's inside will leave any fan speechless.

Loren Joostberns has kept his University of Michigan collection under wraps until he recently listed his home. When the pictures hit the internet, Michigan fans everywhere were amazed.

The few pictures, however, only tell a little bit of the story of just what Loren has seen and collected. FOX 17 got to tour the house on Thursday and some things we caught on camera are one of a kind.

From signed pictures of Bo Schembechler and Red Berenson, to special wine bottles that Schembechler started selling for charity, to actual seats and framed programs from the Rose Bowl, Joostberns is obviously one of the biggest Michigan fans in the entire world.

All 1,200 square feet of this home is covered in maize and mlue. Joostberns says he can't remember a time where he wasn't a Michigan fan and attributes the start of his love to Cazzie Russell, who played college basketball for Michigan in the 1960s.

His most prized possession, among a few other signed pieces that he got in person, is a picture of Schembechler signed by Bo himself, along with 33 of his All-American players.

Joostberns has collected nearly all of his memorabilia thanks to being a season ticket holder for 45 straight seasons. Throughout that time, he has been to 14 of the Wolverines' bowl games, including multiple Rose Bowls.

While the majority of his collection is football-related, he also has memorabilia from Michigan hockey and basketball.

One of his favorite hockey pieces is part of an original seat from Yost Arena signed by Red Berenson.

While he has called his Hamilton house a home since 1991, he actually wants to move into something, surprisingly enough, with a little less space. Sadly though for Michigan fans, everything in his collection is staying with him. He has actually only sold one item ever since he started collecting.

"It was a program from the Astro Blue Bonnet Bowl that was played in the Houston Astro Dome." says Joostberns. "Michigan played UCLA. A guy that I taught with knows more about eBay and he put it up for sale because it is fairly rare. Someone had every program in every bowl game but he didn't have that one. It sold for $100."

Even though you won't be able to keep any of the collectibles hanging up on the wall of this Maize home, Loren does say you have to be a true Michigan fan to live here.

In case you were wondering, Loren is not a University of Michigan alum. He graduated from Western Michigan University and went on to teach in the Hamilton school district.